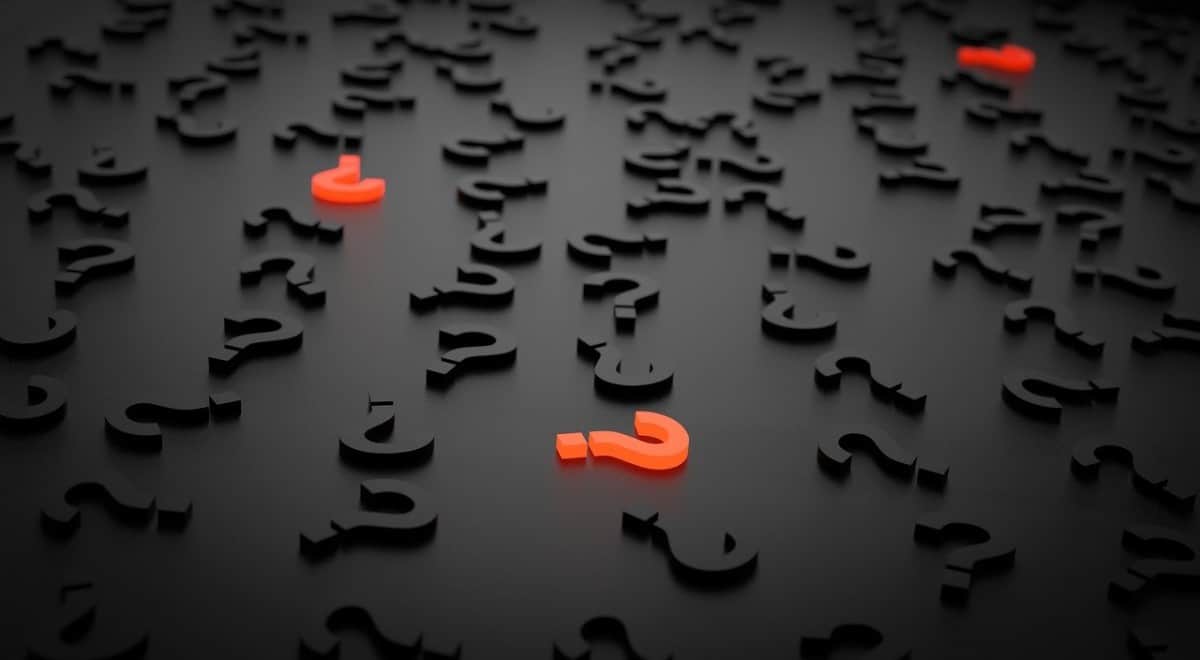 For many new Spanish speakers, learning how to use ‘ya’ in Spanish is difficult since this word is used in a variety of contexts. As a result, the meaning of ‘ya’ will change depending on the situation you’re using it in as well as the grammar components that you include in your sentence.

Learning how to use ya correctly will allow you to improve both your Spanish grammar and conversations. In order to help you have a better understanding of it, below we’re going to discuss 10 uses of ya in Spanish that you should know. On top of that, we’ll provide you with common examples and grammar structures for you to use. Hopefully, by the end of it, you’d be able to understand the different meanings of ya in Spanish and apply them correctly into your daily Spanish.

Ya: Emphasizing an action in the present

One of the uses of ya is to emphasize an action that is taking place in the present. Since in this context the purpose of ya is just to express stress about a certain action or event, it cannot be translated into English.

Ya + [verb in present tense]

Juan ya está esperándonos afuera Juan is waiting for us outside

Even though in English these previous examples seem like pretty standard phrases, in Spanish, the presence of ‘ya’ implies stress and in some cases a sense of urgency.

Ya: Expressing that a past action/state has changed or improved – Already

A very important use of ya in Spanish is to express that an action, state or activity in the past has changed in a positive way as of the present. Since this context may be very confusing for new Spanish speakers, here are some examples that will give you a better understanding.

Ya + verb in present tense

Ya tengo internet I already have internet

The first thing to notice is that in this context, ya is translated as ‘already’. On top of this, the sentences imply that the action or state described is not the same as they were in the past. Let’s break down an example:

Ya tengo internet implies that in the past I didn’t have this service but now (present) I do. So, even if you weren’t aware that I didn’t have internet, my sentence will give you that information.

The same happens with the second example:

(Be aware that this structure is only appropriate if the action or state in the past has changed or improved. If not, you will need to use ‘todavía’. When learning Spanish, ‘ya’ and ‘todavía’ are easily confused; however, their meanings and grammar rules are different. As a result, they cannot be used interchangeably. If you want to understand both words, in this article I explain how to use todavía in Spanish.

Ya no: Expressing that you don’t do an activity anymore

As mentioned before, the meaning of ya will change dramatically depending on the grammar structure that you use. A very useful way to use ‘ya’ in Spanish is to express that you don’t do an activity anymore. Here is the phrase structure that you need to follow for this case:

In the previous structure, ‘ya no’ plays a huge role in the meaning of the sentence. Ya no means ‘not + [action] + anymore’ and the verb in present tense will indicate the activity you’re talking about. So, we use ‘ya no’ to express that we no longer do an activity that we used to perform:

Although the previous examples focused on activities, ya no can also be used to talk about the things you don’t like anymore. Here are some examples:

Ya no + me gusta + singular noun

Ya no + me gustan + plural noun

In Spanish, this meaning of ‘ya’ is very useful because it allows us to express an implicit relationship between the past and the present (the activity that we used to do but don’t do anymore).

Ya: Expressing hope about an event taking place in the future

‘Ya’ can also be used with other grammatical components to express hope or expectations about an event taking place in the future. Although this new structure is very popular in Spanish, it cannot be translated word by word into English.

Ya + verb in future

No he viajado a Argentina, pero ya iré algún día I haven’t traveled to Argentina, but one day I’ll go

Notice that the best way to translate this meaning of ‘ya’ is by using the future tense in English. As mentioned before, the purpose of this type of sentence is expressing hope about something happening in the future, therefore, you wouldn’t use it to talk about something you’re certain is going to happen. So be careful to apply this structure in the right context.

Ya: Emphasizing that an action is completed – Already

As you may know, one of the many meanings of ya is as a translation of ‘already’. In Spanish, we use ‘ya’ in this context to emphasize that an action is completed. It’s key to remember that this applies to using it along with  a verb in the past tense.

Ya + verb in past tense

You can also use this previous structure to ask some questions. In this case, the purpose of ya is to ask if something expected has happened. Even though that in this situation the meaning of ‘ya’ changes, in the following examples you’ll notice that ‘ya’ is translated as ‘already’.

‘Ya’ as a Synonym of Enough!

Just like other languages, Spanish speakers are always trying to shorten their phrases to have a more fluid and faster conversation. For example, the word ‘ya’ is a shortened version of ‘basta ya’. As a result, in this context, ya would be translated as ‘enough’ or ‘that’s enough’. Here are some examples of how to use it:

Another common use of ‘ya’ is to express swiftness. Even though this meaning of ya in Spanish is very common, you need to be careful when using it, since in the wrong context it may be considered impolite. In this situation, ya is translated as right now. For some people, this use of ‘ya’ implies a command, as a result, it’s very commonly used for adults or authoritative figures.

¡Ya regrésame mis cosas! Give me back my things now!

Be aware that in English for both of these examples you could also ‘already’ instead of ‘now’ or ‘right now’.

¡Ya regrésame mis cosas! Give me back my things already!

Notice that in this case, you can place ‘ya’ either at the beginning or at the end of the sentence.

To Talk About Reasons: ‘Ya que’ as a Synonym of since, given that

Another common way to use ‘ya’ in Spanish is to talk about reasons. As a result, in this case, ya would be translated as ‘since’, ‘given that’ and ‘because’. Although this meaning of ‘ya’ is very popular in Spanish, it also tends to be more common in formal conversations. Therefore, this way of using ‘ya’ is perfect for essays or any other formal contexts.

So, in order to use ‘ya’ as a way to talk about reasons or causes, you need to follow this structure:

Ya que no vas a comer más, deberíamos irnos Since you’re not going to eat more, we should leave

Ya que tengo que mejorar mi español, decidí que iré a España de vacaciones Since I have to improve my Spanish, I decided to go to Spain for vacation

Just as in English the word since can be placed at the beginning or in the middle of the sentence, ya que follows the same rule:

On top of the previous use for ya, young Mexicans also use ‘ya que’ in informal conversations. However, in these informal situations, ya que has an accent: ya qué. This phrase expresses acceptance and resignation when something didn’t come out the way we wanted. Although there’s no direct translation for this phrase, the closest expression would be ‘okay’.

As you may know, Spanish vocabulary will vary depending on the country you are. Even though we use the same grammar rules and some standard vocabulary, each Spanish speaking country will have its unique expressions just as we saw with ‘ya qué’. If you’re interested in improving your Mexican vocabulary, I wrote this article on some of the most common Mexican slang expressions that you should add to your vocabulary.

‘Ya’: Expressing both agreement and disbelief

In Spain, ya is very popular in informal conversations to show either agreement or disbelief. In this case, the meaning of ‘ya’ will depend on the context and the speaker’s tone of voice. Here are some examples:

Notice that in this situation, ‘ya’ is part of an answer to a previous sentence. And just as we’ll see in the next example, no matter if you’re using it to express agreement or disbelief, in this context, ya always goes at the beginning of the sentence.

In this case, ‘ya’ can be translated as ‘sure’ or ‘okay’. Beware that in this situation, the meaning and translation of ya will vary depending on the situation and the speaker’s tone of voice.

If you’re learning Spanish, at some point you must know how to use ‘ya’ properly. As we discussed earlier, ‘ya’ can have multiple meanings depending on the context and the grammar structures you use it in. In this article, we learned 10 different uses of ya in Spanish. All of them are not only very common, but they’re also necessary for having a fluent communication. Here are some things that you should keep in mind:

¡Ya los dos! Dejen de gritar Enough both of you! Stop screaming

Ya, no creo que eso fue lo que pasó Sure, I don’t believe that’s what happened

¡Dame mi teléfono ya! Give me my phone right now!

¡Dame mi teléfono ya! Give me my phone already!

While it also refers to actions in the present, the Spanish present progressive tense expresses an action that is occurring or happening in the present moment. As a result, this tense is very useful...