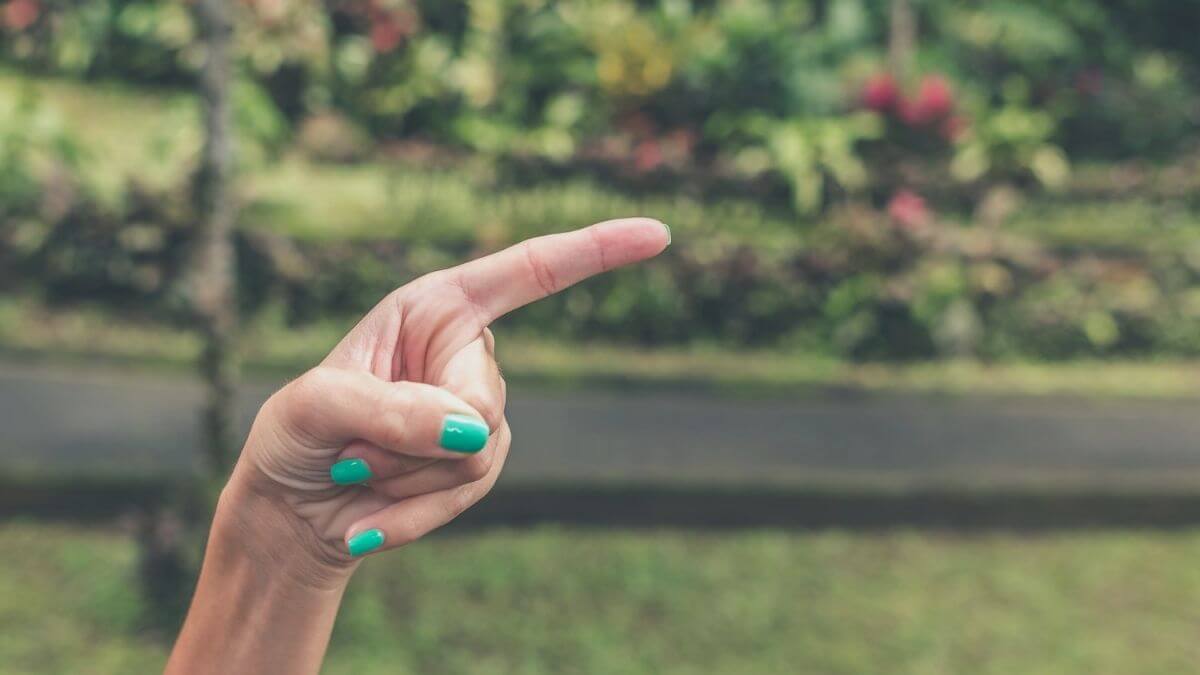 Yes, Spanish demonstratives may sound a little bit confusing since they both share similarities. But don’t stress yourself about it because in this article I’ll explain in detail how to use demonstrative adjectives and demonstrative pronouns in Spanish by showing you examples and phrase structures to help you create your own sentences.

What Are Demonstratives and What They Are Used For

The purpose of using demonstrative words in Spanish is to give information about the distance between the thing that is being talked about and the speaker. This can be either a physical or temporal distance. Cool, right?

Depending on whether they’re accompanying the noun or substituting it, Spanish demonstratives can be classified as an adjective or a pronoun.

Me gusta esta blusa y a Karla le gusta aquella.
I like this blouse and Karla likes that one.

En aquella época, no todos tenían televisión.
At that time, not everyone had a TV.

As you can see, these words have the same purpose. But if this is the case, then, what’s the difference between demonstrative adjectives and pronouns in Spanish?

Esta pasta está riquísima, pero aquella está malísima.
This pasta is delicious, but that one is terrible.

Este me gusta más que aquel.
I like this one more than that one.

Take Note: Since they describe the distance between the speaker and something, Spanish demonstratives are usually related to adverbs of place such as ‘aquí’, ‘allá’ and ‘allí’.

How to Use Demonstrative Adjectives in Spanish

As you know, an adjective describes a noun. In other words, it gives you extra information about the qualities of the noun. In this case, demonstrative adjectives tell you where that noun is located in relation to the speaker. Based on how big this distance is, Spanish adjectives are:

Choosing the correct demonstrative adjective in Spanish depends on how far something is from the speaker. In other words:

¿Conoces a estas bandas?
Do you know these bands?

Esta semana tengo mucha tarea.
This week I have a lot of homework.

As mentioned before, demonstrative adjectives in Spanish are great to measure a physical distance. But you can also use them to express the amount of time between the moment of speaking and when something happened.

Check examples #4 and #5. In example #4, we use the present tense because ‘esta semana’ is very close to the moment of speaking. However, ‘ese día’ refers to a day that took place in the past.

Take Note: ‘este’ is a time marker for tenses such as the present and present perfect. On the other hand, ‘eso’ and ‘aquel’ express a bigger distance from the speaker and, as a result, they’re used as time markers for the preterite and the imperfect.

What Are Demonstrative Pronouns in Spanish?

In the table below, you can see the Spanish demonstrative pronouns.

Again, when it comes to choosing the best pronoun, you need to understand how far the object or person is from the speaker.

Esto no está bien.
This is not right.

¿Esa es tu hermana?
Is that your sister?

¿Cuál es tu postre? El mío es este.
What’s your favorite pastry? Mine is this one.

Mi prima pidió esa pizza, yo voy a pedir esta.
My cousin ordered that pizza, I will order this one.

Take Note: on top of the feminine and masculine demonstrative pronouns, we have the neutral pronouns ‘esto’ and ‘eso’ and ‘aquello’ which are used to refer to general situations that do not have a specific gender. Neutral pronouns are only used for things and in the singular form.

Eso no funciona.
That doesn’t work.

As you already saw, demonstrative adjectives and pronouns in Spanish are extremely useful and common. Adding them to your vocabulary will show fluency since you’ll be able to be more accurate when referring to objects and will help you to avoid being repetitive.

Here are some of the key point you need to keep in mind:

Hopefully, estas palabras aren’t an issue for you anymore! Now, it’s time to start using them in your conversations.