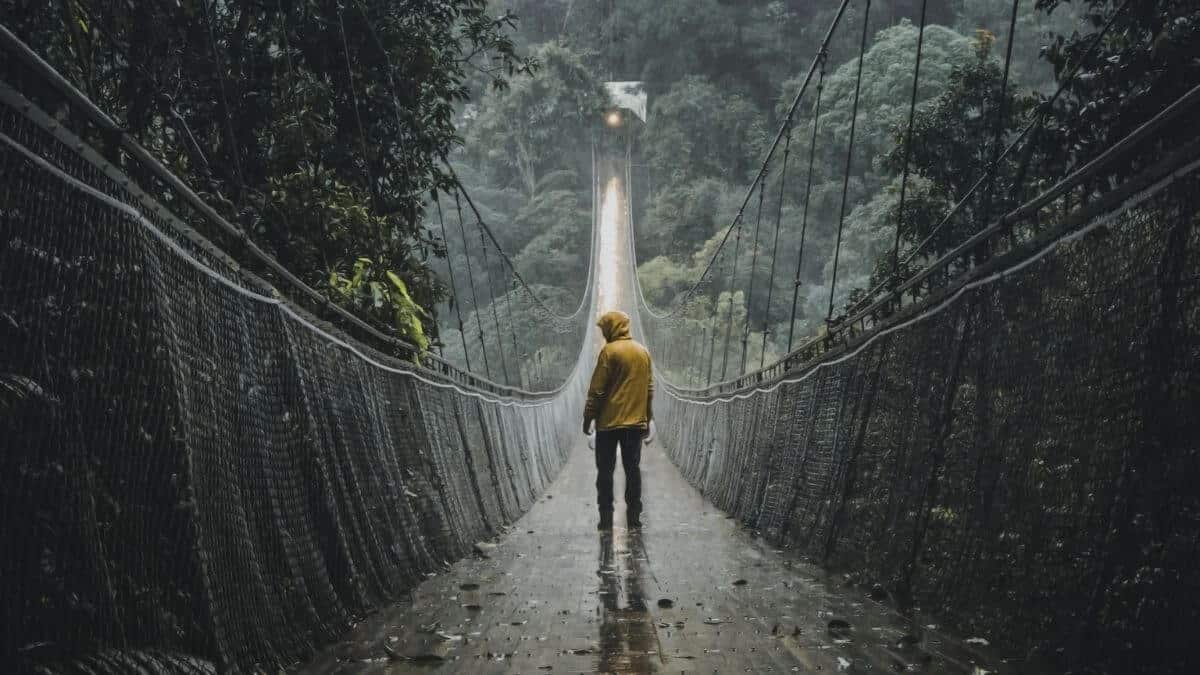 In this short guide, we will cover the following topics for ‘cruzar’ in Spanish:

What does ‘Cruzar’ mean?

‘Cruzar’ means ‘to cross‘, ‘to intertwine‘, ‘to go through, or ‘to go across‘. As a result, in Spanish, cruzar is used to express that someone or something crosses from someplace to another. In its reflexive form, cruzarse describes that two people meet by chance.

In Spanish, there are some irregularities in the conjugation of the verb ‘cruzar’. These changes include changing the ‘z’ for a ‘c’ in the preterite, present subjunctive and imperative.

Given that these irregularities are only applied in these tenses, for the rest of the conjugations, you’ll eliminate cruzar’s -AR ending and just add the corresponding endings for each tense. Don’t forget that, with some meanings, this verb will require you to use a reflexive pronoun.

In the preterite tense, ‘cruzar’ has some spelling changes for yo. In other words, this pronoun will change the ‘z’ for a ‘c’. So even though you use ‘cruc’ for this person, the rest of the pronouns will use the regular stem ‘cruz’. For both stems, you’ll simply add the endings below:

The future and conditional tenses in Spanish use the whole verb in the infinitive form. That means you will keep ‘cruzar’ and then just add the part that I’ve underlined for you.

¿Dónde estaban? Creí que ya habían cruzado.
Where were you? I thought you guys had crossed already.

In the present subjunctive, cruzar is irregular. This means that, instead of using ‘z’ on your stem, you’ll use ‘cruc’ for all your pronouns.

Si me hubiera cruzado, habría alcanzado el camión.
If I had crossed, I would have caught the bus.

To give commands in Spanish with the verb cruzar, you’ll use ‘cruc’ for ustedes and nosotros while tú and vosotros use ‘cruz’. The endings you need to add are shown below.

¡Crúzate! Los carros están muy lejos.
Cross! The cars are too far away.

How to Use ‘Cruzar’ in Spanish with Examples

There are two ways in which we can use ‘cruzar’ in Spanish:

Keep on reading the following sections where you’ll learn the different situations in which you can use cruzar in Spanish. To help you practice, I’ve included phrase structures and examples that you can use as guidance.

In Spanish, ‘cruzar’ is used to say that a person crosses to the other side of some other place, such as a street or a bridge. In some cases, it also means to intertwine, especially when two objects (such as your arms, legs, or even a path) are intersecting.

Cruzaría la calle si el semáforo estuviera en verde.
I would cross the street if the traffic light was green.

Cruzaremos el puente para llegar al lado norte de la ciudad.
We will cross the bridge to reach the north side of the city.

If you’re talking about two paths or streets that are intersecting, cruzar follows this phrase structure:

Take Note: Another use of this verb in Spanish is when talking about pairing or breeding some animals. In this context, ‘cruzar’ can be translated as ‘to cross’ or ‘to crossbreed’.

Crucé a mi bóxer con una pitbull.
I crossbred my boxer with a pit bull.

Expressing that you run into someone

Just like in English, this verb is also used to express that two people happen to meet. In this context, it’ means ‘to meet’, ‘to run into’, or ‘to bump into’. With this meaning, you need to use the reflexive form cruzarse.

Me crucé con Enrique en el camino.
I met Enrique on the way, but we were not able to talk.

Diario nos cruzamos con Elena cuando vamos a trabajar.
Everyday we cross paths with Elena on our way to work.

In Spanish, there are many expressions that use the verb ‘cruzar’ to express more than just getting across from one place to another. Here are other meanings that this verb may acquire depending on the context and how it is connected to other elements.

Cruzar la mirada: In Spanish, ‘cruzar’ is also used as ‘to exchange’ words or gestures (for example, ‘cruzar’ unas palabras). Therefore, the translation of this expression would be ‘to exchange glances’.

Cruzar unas palabras: In Spanish, this expression refers to exchanging words or gestures with another person. The translation is ‘to exchange a few words’.

Synonyms of ‘Cruzar’ in Spanish

Atravesar: When talking about going through or going across one place to another, we can use this verb instead of ‘cruzar’. It is translated as ‘to cross’, ‘to traverse’ or ‘to go through.

Pasar: If we are talking about crossing from one side to another, you could use ‘pasar’ which is translated as ‘to pass’ and it’s more suitable for casual conversations.

Entrelazar: This verb means to join or tie one thing to another by crossing them with each other. With this meaning, we can use ‘entrelazar’ when talking about intertwining something, especially arms, legs or fingers. It is translated as ‘to intertwine’.

Encontrarse (con): If ‘cruzar’ is used to talk about meeting someone, crossing paths or bumping into someone, then we can use this verb. It is the translation of ‘to meet’ or ‘to run into’.