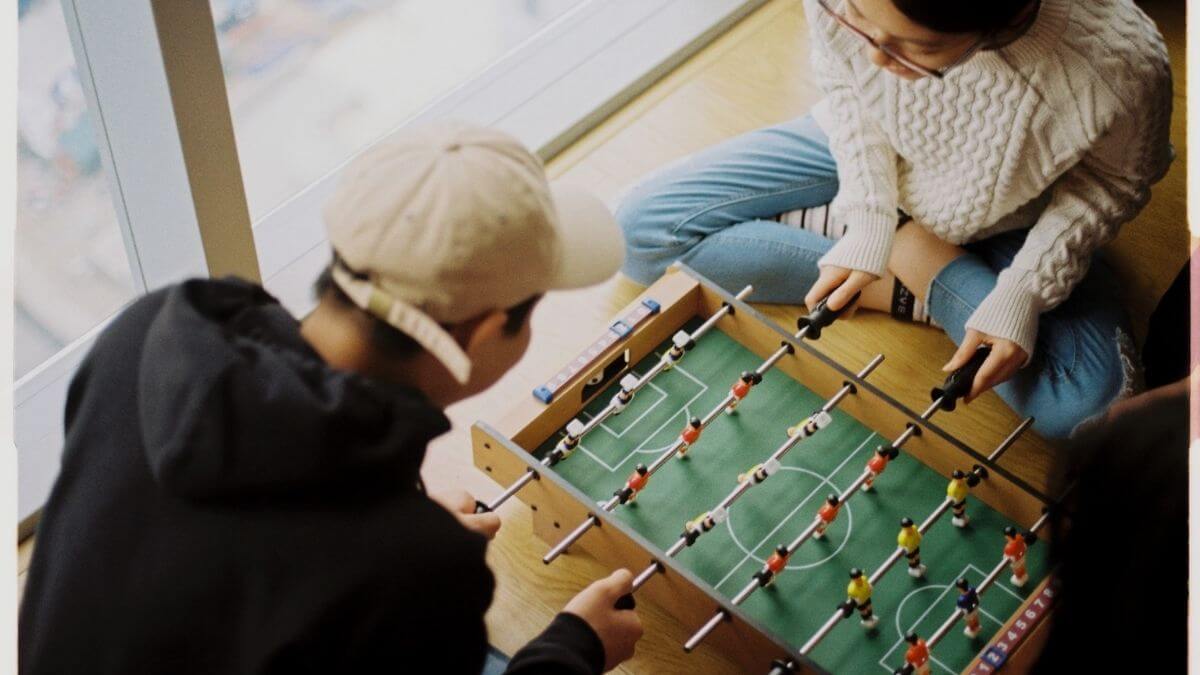 In this guide we will be talking about the following topics regarding the verb ‘jugar’ in Spanish:

What does ‘Jugar’ mean?

In Spanish, the word ‘jugar’ refers to actions that are performed for entertainment purposes or to have fun. As a result, it can be translated as ‘to play’.

This verb usually refers to activities whose main purpose is a competition or simply recreation, but depending on the context, it can mean different things.

Take Note: In Spanish, ‘jugar’ is not used when talking about playing music. In fact, when referring to playing musical instruments, we use the verb ‘tocar’ instead. If you’re still a bit confused about these verbs, I wrote about the difference between ‘jugar’ and ‘tocar’ for you!

In Spanish, ‘jugar’ is an irregular verb. Because of this, the stem ‘jug’ can be replaced with ‘jueg’ in some tenses and pronouns. However, this change does not occur in tenses such as future, conditional and imperfect tenses.

In the present tense, ‘jugar’ has some irregularities that you want to keep in mind. So, in this case, you’ll use the irregular stem ‘jueg’ for most of the subjects. Only ‘nosotros’ and ‘vosotros’ will be conjugated with the stem ‘jug’.

For the most part, ‘jugar’ acts as a regular verb in the preterite tense. But since the preterite ending for ‘yo’ starts with ‘é’, we use the stem ‘jugu’ for this person. Doing this allows us to keep the pronunciation of the letter ‘g’ consistent.

To conjugate ‘jugar’ to the future tense, you’ll need to use the infinitive verb followed by the proper endings.

The conditional tense of ‘jugar’ is also created by using the verb in its infinitive form and adding the corresponding ending to each subject.

Andrés habría jugado en el parque de no ser por la lluvia.
Andres would have played in the park had it not been for the rain.

Since all the present subjunctive endings start with an ‘e’, the stems that you’ll use will be ‘juegu’ and ‘jugu’ to keep the pronunciation consistent.

For all forms of the imperfect subjunctive, the stem ‘jug’ followed by the designated ending must be used.

Si no hubieses jugado con tus amigos, no te habrías lastimado.
If you hadn’t played with your friends, you wouldn’t have gotten hurt.

Note that the conjugations for ‘tú’ and ‘ustedes’ begin with the stem ‘jueg’ . While, for ‘vosotros’ and ‘nosotros’, the stem ‘jug’ is used.

Juega con tu primo mientras regreso.
Play with your cousin while I go back.

No + [Jugar in present subjunctive] + [noun]

No juegues paintball sin protección. Los oponentes pueden hacerte daño.
Do not play paintball without protection. The opponents can hurt you.

How to Use ‘Jugar’ in Spanish with Examples

According to its literal translation, ‘jugar’ means ‘to play’. As a result, we use this verb to:

Below are some examples of the uses of the verb ‘jugar’ in Spanish.

To talk about recreational activities

Given that it’s the direct translation of ‘to play’, in Spanish, we use ‘jugar’ to describe that someone is playing games or doing different recreational activities. As a result, this verb is commonly used when talking about sports and any sort of games.

¿Jugaste con Patricia en la casa?
Did you play with Patricia in the house?

Jugaré baloncesto hasta que me canse.
I will play basketball until I am tired.

¿A qué hora jugaron ayer?
What time did you play yesterday?

Mi mamá me dijo que jugara con mi hermano menor mientras ella cocinaba.
My mom told me to play with my little brother while she cooked.

Cuando era niña, jugaba mucho a las escondidas.
When I was a kid, I played hide and seek a lot.

Another situation where ‘jugar’ can be used is when we talk about gambling. So, as you may imagine, in this context, we can translate this verb as ‘to play’ or ‘to gamble’. Here are some examples of how to use this meaning.

Me gustaría jugar en ese casino.
I would like to gamble in that casino.

Jugaré en la tragamonedas cuando tenga más dinero.
I will gamble in the slot machine when I have more money.

Siempre jugamos porque nos divierte mucho.
We always gamble because we have a lot of fun.

To describe someone taking a risk

‘Jugársela’, which is the reflexive form of ‘jugar’, is used to talk about people doing risky things, most of the time expecting a positive outcome. It can be translated as ‘to take the risk’, ‘take the plunge’ or ‘take a chance’. To apply it in a sentence, you will have to use the following structure:

Take Note: You can only use ‘jugarse’ (without the pronoun ‘la’) if you’re going to mention the thing that you’re risking. In fact, it’s common to use ‘jugarse’ when talking about risky gambles.

Me jugué toda mi quincena y perdí.
I gambled all my paycheck and I lost.

Jugar con fuego refers to the act of performing some action that is dangerous or likely to bring trouble. It can be translated as ‘to deal with fire’.

Jugar limpio is a phrase used to denote competition free of cheating. It can be translated as ‘to play fair’.

Jugar pesado is used to talk about jokes that go beyond the limit of what is tolerable for certain people. It can be translated as ‘to play rough’ or ‘to go too far’.

Synonyms of ‘Jugar’ in Spanish

Apostar refers to ‘gambling’ in casinos or sporting events.

Competir means ‘to compete’ in some activity.

Arriesgarse can be used instead of ‘jugársela’ when expressing that a person is taking a risk. It means ‘to take a chance’ or ‘to risk’.

Related Resources
Difference between ‘jugar’ and ‘tocar’: In Spanish, both ‘tocar’ and ‘jugar’ can be translated as ‘to play’. But these verbs are not synonyms for each other nor interchangeable. So, if you’re unfamiliar with them, you should learn when and how to use them.

How to pronounce letter ‘G’ in Spanish: The pronunciation of the letter ‘g’ in Spanish changes depending on the vowel that is placed next to this letter (hard and soft sounds). Here you can learn more about how to pronounce ‘g’ correctly.