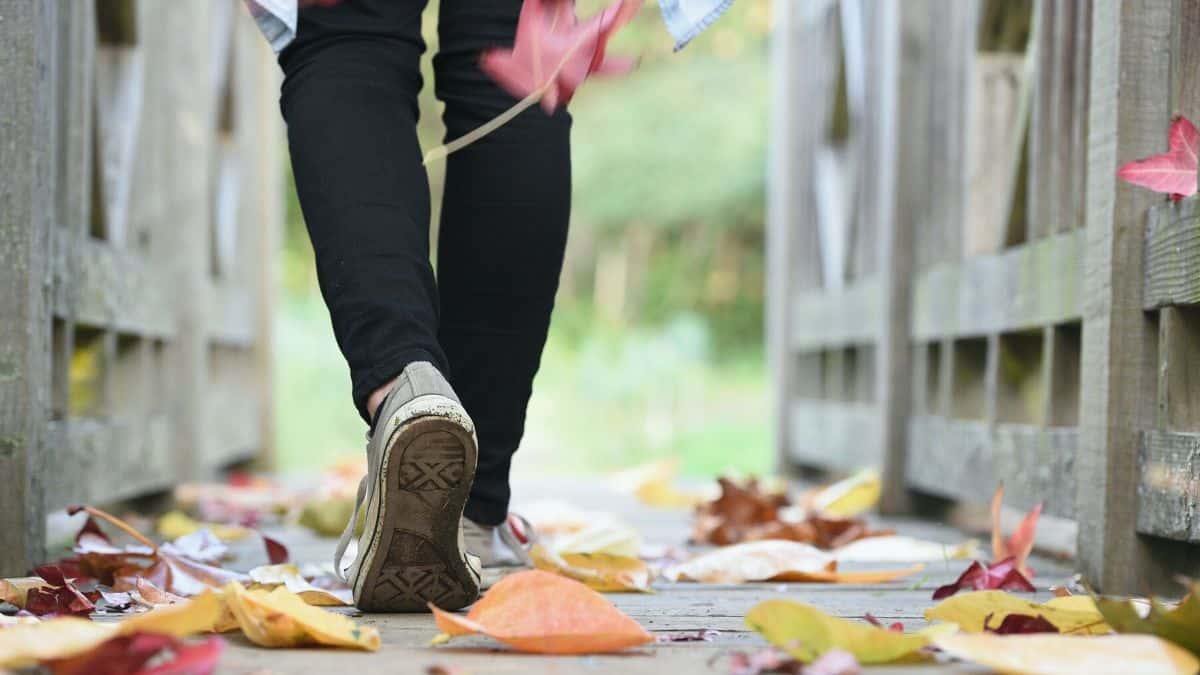 Due to its multiple meanings, learning how to correctly use the verb andar in Spanish may be really challenging for new learners. Even though andar is the direct translation of ‘to walk’, in Spanish, we use this verb in many different contexts that you may not be familiar with.

So what does andar mean in Spanish? Even though andar is translated as ‘to walk’, depending on the context, it could also be a synonym of the English verbs ‘to work’, ‘to be’, ‘to use’ and ‘to take’. It’s also used to estimate someone’s age or an object’s price and to say that you’re dating someone.

Since andar is often used in casual and informal conversations, it’s important to start incorporating it into your vocabulary.

What does Andar in Spanish Mean?

Just as many other Spanish verbs, ‘andar’ can be used in different contexts and, therefore, its meaning and translation will vary. As you may know, the direct translation of ‘andar’ is ‘to walk’.

However, in informal situations, it’s very common to use it in the following situations:

In the following sections, we’re going to discuss in-depth the different ways you can use ‘andar’, tips and things you should keep in mind when doing so.

Andar as a synonym of ‘caminar’ – To walk

As mentioned earlier, andar is one of the direct translations of ‘to walk’. Unlike Spain, in this context, most Latin American countries tend to use andar in very formal situations. Therefore, it’s common to see this verb in books, news, tv shows, etc.

Andar as a synonym of ‘estar’ – To be

One of the most important uses of the verb ‘andar’ is as a synonym for the verb ‘estar’. In this situation, andar would be translated as ‘to be’. As mentioned earlier, ‘andar’ is meant for more casual or conversational contexts, so you should try to avoid it in formal situations. As you may know in Spanish the verb ‘estar’ has many uses; however, ‘andar’ can’t be used in all of them. Here are the situations where you can use ‘andar’ instead of ‘estar’.

To ask someone how they are doing

Just as in Spanish we use ‘estar’ to ask people how they are, we can also use ‘andar’ to do so.

Although the translation remains the same, you must be aware that in this context andar sounds pretty casual. As a result, it’s widely used among friends and family. Of course, you can also use ‘andar’ to express that you’re fine.

To express where somebody is

As you may know, in Spanish, we use the verb estar to express both people and object’s location. ‘Andar’ can be used with the same purpose but only when talking about people. As a result, ‘andar’ implies that this location is temporary.

¿Dónde anda tu hermano? Where is your brother?

Even though ‘andar’ is common and well-accepted when talking about a person’s location, you shouldn’t use it to talk about buildings or objects because it wouldn’t be correct and your Spanish will sound broken.

To express mental and emotional states

Spanish speakers also replace ‘estar’ for ‘andar’ when talking about mental and emotional states. As a result, you can say something like:

To talk about your activities

One of the most important uses of ‘estar’ is building the present progressive tense. ‘Andar’ can also be used for the same purpose.

Just as you’d do with estar, notice how the sentence structure requires you to use two verbs in different tenses:

On top of being very casual, using this sentence structure emphasizes the fact that the action is happening at that precise moment. So if you’re in a more formal situation, it’s better that you use the verb ‘estar’. Since ‘estar’ is one of the most important and yet confusing Spanish verbs, I wrote this article on how to use the verb estar in Spanish where you’ll find real and common situations where you need to use it.

In conversational Spanish, one of the many uses of the verb andar is to express an estimation about either a person’s age or an object’s price. As a result, in this context, andar would be translated as ‘to be around’. For this situation, you’ll need to use the following structure.

Be aware that if the context is clear, Spanish speakers may just say the number they’re talking about without specifying if they’re referring to years or money.

To talk about means of transportation – To use/To take

Another way that you can practice and incorporate andar in your Spanish daily vocabulary is to talk about the type of transportation you use. Although this definition of ‘andar’ may seem weird to you, in Spanish it’s very common. And as long as you’re talking about means of transportation andar will be translated as ‘to use’ or ‘to take’. Here is the sentence structure that we use in this type of cases:

Be aware that even though in Spanish we use the same verb for all these words, the translation of ‘andar’ may vary.

¿Sabes andar en patineta? Do you know how to use a skateboard?

To express that someone has a relationship

Another situation where we use ‘andar’ is to express that a person has a relationship with someone else. This use of ‘andar’ is very informal and tends to be more popular in Latinamerican countries than in Spain. Here is how we use it:

¿Sabías que Ana Paula y Luis andan? Did you know that Ana Paula and Luis are in a relationship?

This use of the verb andar is close in meaning to the expression ‘to be in a relationship’ or ‘to date’. As mentioned earlier, this use of andar is very informal, so if you find yourself in a formal situation where you need to express that someone is in a relationship, you should either use:

Andar as a synonym of working

In Spanish, the verb to work has different meanings depending on the context. Andar is used by Spanish speakers as a synonym of ‘to work’ or ‘to function’.

If you wanted to use andar with this meaning, be aware that it is only appropriate in casual conversations.

Andar as a synonym of ‘registrar’ – Going through your stuff

Spanish speakers also use the verb ‘andar’ to express that someone else was going through their stuff. Here are some examples of how we use ‘andar’ in this context.

Although this is a very common expression, you may also hear the following variation:

Grammatically speaking, this previous example is slightly more complete. However, it doesn’t affect the meaning of the sentence.

In this article, we discussed what the verb andar means in Spanish and how to use it. Even though ‘andar’ is the direct translation of ‘to talk’, we learned that this verb has many common uses in conversational Spanish. Hopefully you feel a little more confident about the verb andar and you’ll start using it in your conversations with family and friends.

Siempre que puedo, ando en patineta Everytime I can, I ride a skateboard

This expression is often used by young Mexicans. That’s why I wrote this short article where you can learn how to use andar de volada correctly.

If you’re searching for Spanish textbooks for beginners, it’s very likely that at some point you’ll bump into Madrigal’s Magic Key to Spanish. Since this book is quite popular among Spanish...

As a Spanish teacher, I’m always looking for different books and tools that I can use to teach Spanish. So today, I’ll share with you my personal review and opinion about the Gramática de Uso...