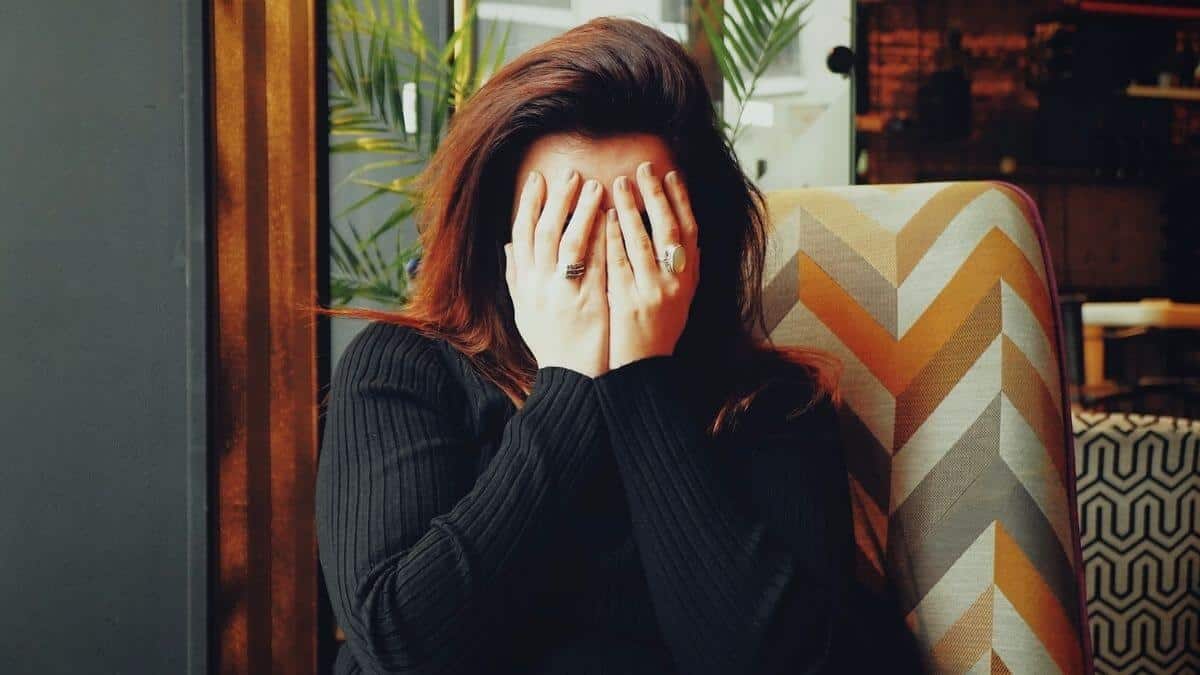 Spanish learners are constantly growing their vocabulary in order to have more capable and fluent conversations. In some cases, these conversations may require you to be able to describe your feelings and emotions. Among the wide range of emotions, you may wonder how to say embarrassed in Spanish.

There are different expressions that speakers use to say embarrassed in Spanish. Some of the most common include:

Being able to say that you feel embarrassed about something in Spanish will allow you to communicate your feelings better and avoid awkward situations. For that reason, I’ve compiled a list of 5 common expressions that you can use to say embarrassed in Spanish.

Even though they all have similar meanings, some of these expressions are more suitable for informal instances while others are better for formal situations. So to help you choose the best option for you, I’ll include examples, phrase structures and short descriptions of when and how to use them. Additionally, I’ll show you different variations of each one of these expressions.

By the end of this, you’ll know different expressions and words to say ‘embarrassed’ in Spanish.

Tener pena, or its variation tener vergüenza, are two popular expressions that people use in Spanish as a way to express their embarrassment for something that’s already happened or an activity that they need to perform. Both of these expressions can be translated as to feel embarrassed.

‘Tener pena’ is slightly more casual than ‘tener vergüenza’. As a result, tener pena is more suitable for informal situations. However, there’s really not a big difference between them and choosing one or the other is more a personal choice.

Even though it’s not a rule of thumb, both of these expressions are more common in Latin American Spanish speaking countries. Below there are some examples and phrase structure that you can use with this expression.

Notice that you need to add a verb in the infinitive form to indicate the activity that makes you feel embarrassed.

La neta, tengo pena de decirte lo que pienso
To be honest, I’m embarrassed of telling you what I think

Take Note: In some contexts, tener vergüenza is also used to express disapproval for someone’s behaviour. In this situation, this expression is translated as ‘have (no) shame’ or ‘be shameless’.

2. Estar avergonzado – To be embarrassed of…

Estar avergonzado is another structure that you could use to say ‘embarrassed’ in Spanish. As you may imagine, this expression can be translated as ‘to be embarrassed of…’ and it has a popular variation: sentirse avergonzado.

Both of these expressions are very common in Spanish, but notice that, in the case of ‘sentirse avergonzado’, you need to follow a reflexive verb conjugation. Additionally, avergonzado can be replaced for one of the following adjectives:

Notice that these previous variations are adjectives. This means that you need to change them to match the gender of the person that feels embarrassed. Here are some examples:

The Spanish expression ¡qué pena! is used to express that a certain event or action made you feel embarrassed. Usually, this phrase comes as a response to a particular situation. Due to its characteristics, ‘¡qué pena!’ is more suitable for conversational contexts.

When it comes to variations, you can use the Mexican slang expression ¡qué oso! which is also used to say ‘how embarrassing!’. Here are some examples to show you how to use these expressions:

¿Llevas mucho esperando? ¡Discúlpame, qué pena!
Have you been waiting long? I’m so sorry, how embarrassing!

Qué pena and qué oso can also be used to introduce the situation that made you embarrassed. The purpose of doing this is to intensify that shameful action. Yes, if it wasn’t bad enough that people already embarrassed themselves, you’re here to remind them, lol!

¡No manches, qué pena que las viera!
Damn! How embarrassing that he saw you!

¡Qué oso que te quedaras dormido a media clase!
How embarrassing that you fell asleep in the middle of class!

4. Dar pena – It makes me embarrassed

For conversational contexts, dar pena is my favorite expression to say ‘embarrassed’ in Spanish. As you may imagine, you can also use the variation dar vergüenza. Both of these expressions can be translated as:

When it comes to expressing embarrassment in Spanish, there’s not a big difference between ‘dar pena’ and ‘dar vergüenza’. Sometimes I may use one more than the other, but it’s just a personal preference.

Here are some examples and expressions that you can use for these expressions. Notice that the second verb indicates the action that makes you feel embarrassed. So if this information is clear enough, you can omit this second verb.

¿Qué pasó? ¿ Te dió pena invitar a Kate?
What happened? Were you embarrassed to invite Kate?

Si quieren yo le digo, a mí no me da pena
If you want, I can tell him, it doesn’t make me feel embarrassed

Take Note: In some situations, dar pena can also be used to express pity or sorrow for a certain event. In this case, dar pena can be translated as ‘feel sorry’ or ‘feel sad’. These contexts are very easy to identify, so don’t worry too much about it.

Since it’s the direct translation of ‘to embarrass’ or ‘to be ashamed’, avergonzar is a popular verb that people use in Spanish to express that a person or an action embarrasses them. Given that it’s standard vocabulary, avergonzar is slightly more formal than the previous expressions from this list.

Me avergüenza hablar en público
Talking in public embarrasses me

If on the other hand, you want to express that a person is embarrassing you, you can use the following structure. If the context is clear, you don’t need to mention the person that is making you feel embarrassed.

¡Ya cállate! ¡Me estás avergonzando!
Shut up! You’re embarrassing me!

Notice that you can conjugate avergonzar in the Spanish present proggresive tense to express that the action (your feelings, such as being embarrassed) are taking place as you speak.

If you’re learning Spanish, you need to be able to express yourself and let people know what your feelings about a particular situation are. For that reason, in this article, we’ve learned 5 different ways to say embarrassed in Spanish.

In addition to these 5 expressions, I also included some common variations so you can improve your vocabulary and examples that you use as guidance. Remember that some of these expressions might not be suitable for formal situations. So make sure you choose the best option.

All of these phrases are very common ways to say embarrassed in Spanish, so don’t be afraid to use them!