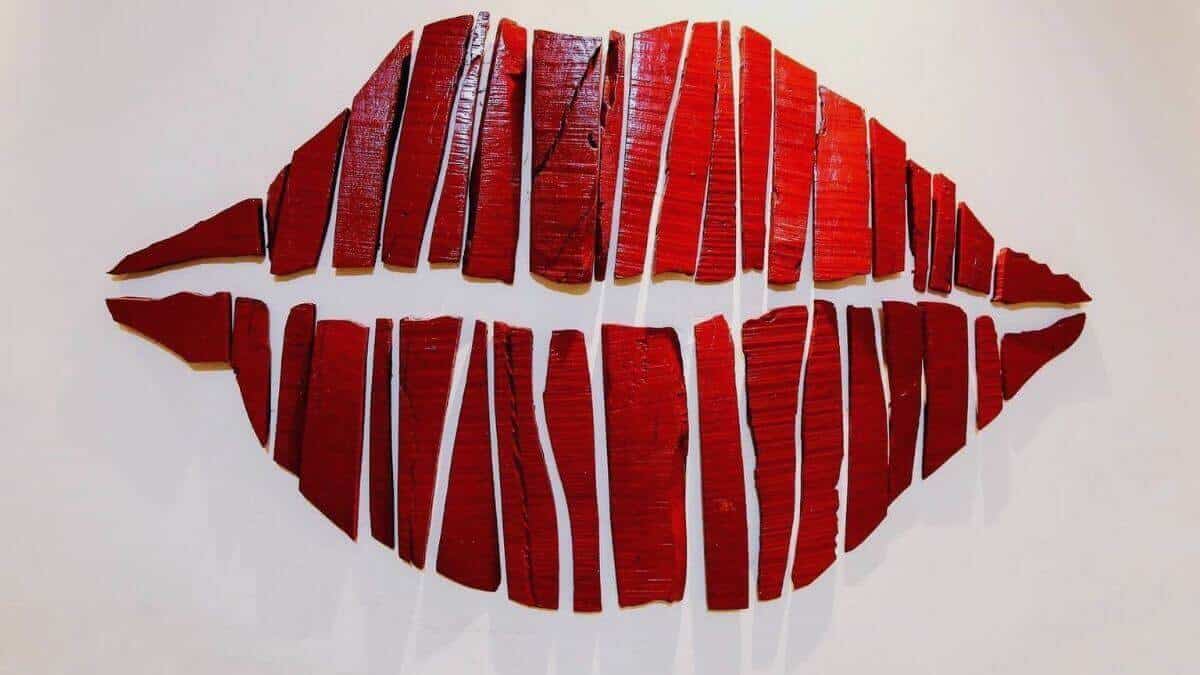 Beso is the standard and direct translation of kiss. But it’s very likely that at some point you will come across other Spanish terms to say ‘kiss’. You know ‘beso’, but ‘beso’ is only one word, and it’s the most general term you could use. So what are different ways to say ‘kiss’ in Spanish?

Depending on the country they are from, Spanish speakers could use different words. The following are different ways to say kiss in Spanish:

The previous words are different Spanish terms that Spanish speakers use to say kiss. Most of these words are informal. As a result, they will only keep this meaning in their country of origin. On top of that, each word may refer to a different type of kiss.

In the following sections, we’ll explain to you when and where you can use each one of these words. Take your time to read the descriptions carefully so you choose the best option for you 🙂

As mentioned before, beso is the most standard way to say ‘kiss’ in Spanish. On top of being used in all Spanish speaking countries and in different contexts, beso not only refers to romantic kissing, unlike other words from this list.

Dale un beso a tu tía, no seas grosero
Give your aunt a kiss, don’t be rude

¿Te lastimaste, nenita? Te voy a dar un besito para que se cure
Did you hurt yourself, baby girl? I’m going to give you a kiss for the pain

Take Note: Dar un beso is a Spanish common expression to say ‘to kiss’, but in order to make sense, you need to add the object (the person who is being kissed).

Kiko or quico is a Mexican informal term that means ‘kiss’. This word is only used when kissing lightly (just lips touching). As a result, it’s the Mexican synonym for ‘peck’. Kiko is very popular among young Mexican speakers.

Si pierdes, le das un kiko a Josie
If you lose, you give Josie a peck kiss

Pero, ¿se besaron bien o sólo fue un kiko?
But, did you guys really kiss or was it just a peck?

Take Note: Kiko and quico sound and mean the same. Additionally, these words are nouns. So if you want to talk about an action (kissing), you need to combine them with the verb dar.

Although you may know mate for being an Argentinian drink, in Cuba, mate is an informal word that means ‘kiss’. As a synonym of kiss, ‘mate’ refers to a very intense and passionate kiss. Therefore, unlike beso, this word cannot be used to talk about family and friendly kisses.

¿Joel y tú son novios? O, ¿qué pasa con ese mate?
You and Joel are dating? Or what’s the deal with that kiss?

Keep in mind that even though it doesn’t get reflected in the translation, ‘mate’ is referring to a passionate kiss.

Chape is another informal term that can be used to refer to romantic kissing. In fact, ‘chape’ is an equivalent of ‘french kiss’, but it can also be translated simply as ‘kiss’. This word has this meaning in the following Spanish speaking countries:

Unlike other Spanish words that mean ‘kiss’, chape has its own verb: chapar. As a result, in this situation and in these countries, you can use either the verb or the noun to talk about kissing.

¿Te chapaste con el chico nuevo? ¿Cuándo fue eso?
Did you kiss the new guy? When did it happen?

Depending on the Spanish speaking country, pico, picorete and piquito are terms that refer to a small and quick kiss. Therefore, these words can be translated either as ‘peck’ or ‘kiss’. Here are some of the countries where you can use these words:

Ya, no te enojes, ándale, dame un pico
Come on, don’t be mad, give me a peck

Qué guapa está esa chava, ¿crees que me deje darle un pico?
That girl is very pretty, do you think she will let me give her a kiss?

Take Note: As informal terms, these words may have other meanings in other Spanish speaking countries. Some of them may be risqué. So make sure you read where you can use these words safely.

In most Spanish countries, lata can be referring to a can (as a noun) or ‘to annoy’ (as a verb). However, in Venezuela, this word is an informal way to say ‘kiss’. ‘Lata’ has a variation latazo. Both words are used to refer to kisses between a couple, as a result, you wouldn’t use them to talk about kissing your family.

¿Te puedo una lata?
Can I give you a kiss?

Oye, ¿te acuerdas con quién fue tu primera lata?
Hey, do you remember who your first kiss was with?

If you use this word to say ‘kiss’, make sure you just apply it in Venezuela. Otherwise, people may think you’re talking about a can or worse that you hit someone with a can (latazo).

In some Spanish speaking countries, aprete is used as an informal way to say ‘kiss’. ‘Aprete’ refers to a passionate kiss, as a result, it’s also close in meaning to ‘make out’. Additionally, this word has its own verb apretar. This meaning is known in:

Después de la fiesta, Liam y yo nos apretamos
After the party, Liam and I made out

¿Es cierto que te apretaste con Linda?
Is it true that you made out with Linda?

Take Note: In standard contexts, ‘apretar’ means ‘to squeeze’. So don’t be surprised if you listen to this word in different situations that are not related to kissing.

In Ecuador, mucha not only means ‘many’ or ‘a lot’. In casual situations and conversations, this word also means ‘kiss’. Like other words from this list, ‘mucha’ has its own verb: muchar (to kiss). As a result, you can choose between the noun or the verb to talk about kissing.

¿Te puedo dar una mucha?
Can I give you a kiss?

¿Sigues enojado? Anda, dame una mucha
Are you still mad? Come on, give me a kiss

In Venezuela, jamón is a popular word among young people that means ‘kiss’. This term is only applied in informal contexts and it refers to a passionate kiss. Notice that this meaning will only be applicable in this country.

¿Le diste un jamón a mi hermana?
Did you kiss my sister?

¡Qué buen jamón se dieron en la película!
What an amazing kiss they gave each other in the movie!

Ósculo is a very formal way to say ‘kiss’ in Spanish. Due to its formality, people don’t use this word in speaking Spanish. However, it’s quite popular in poems, books and literature samples since it’s considered a romantic and rare word.

Chito is a cutesy way to say ‘kiss’ in Guatemala. This word is an informal version of besito, as a result, it means ‘kiss’ or ‘small kiss’. Just like ‘beso’, chito can be used when talking about a couple, but also a non-romantic kiss.

¿Ya te vas, mija? Dame un chito
Are you leaving, honey? Give me a kiss

When it comes to vocabulary, Spanish is quite rich. For that reason, it’s very likely that each Spanish speaking country may have their own way to say things. In this list, we compiled 11 ways to say kiss in Spanish.

Even though some of these words may be common in some countries, some of them will be unique. Now, you know different words to refer to different types of kisses in Spanish 😉

Related Resource: How to Ask for a Kiss in Spanish