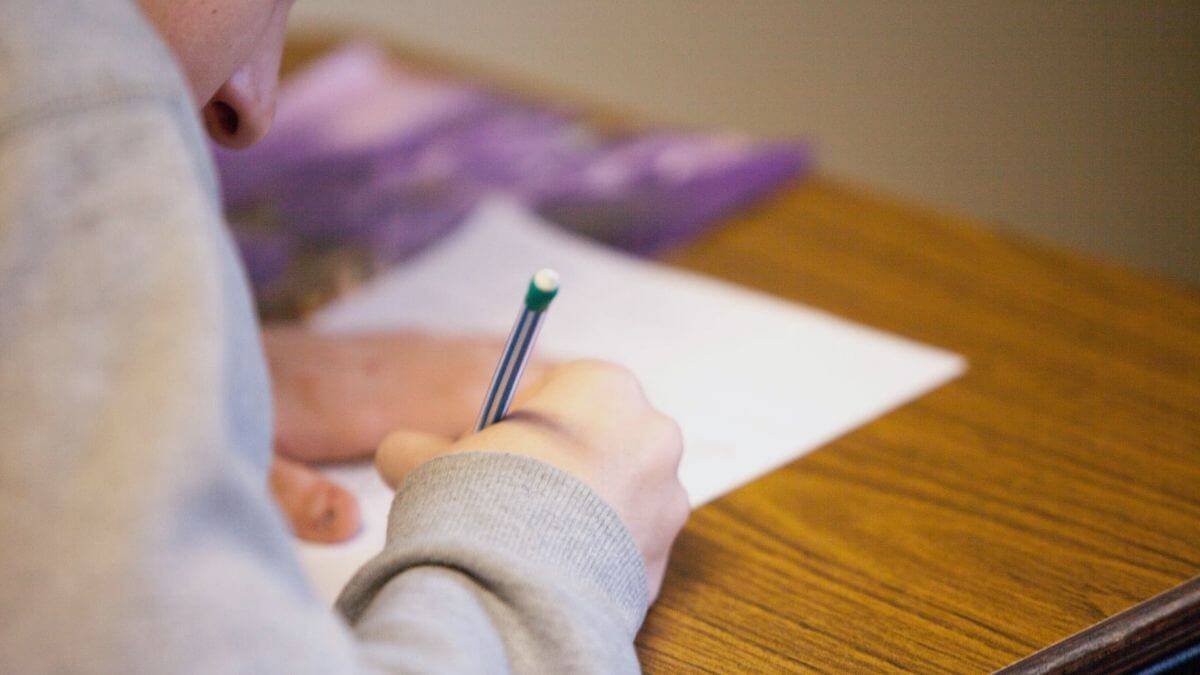 In this short guide, we will cover the following topics for ‘Aprobar’ in Spanish:

Definition – ‘Aprobar’ means to approve or to pass. As a result, we use this verb to express that something or someone is good or sufficient. Additionally, aprobar also describes that a person successfully completed a test or course.

The meaning of this verb changes depending on the context. Here are some definitions that will help you understand how to use it.

Overall, ‘aprobar’ is a regular verb in Spanish. However, in order to make the pronunciation easier, this verb has some irregularities in the present indicative, present subjunctive and imperative.

Although this might sound overwhelming, in the following conjugation charts I’ll provide you with descriptions that will help you understand when and how to deal with these irregularities.

To conjugate aprobar in the present tense, we use two stems. The regular stem ‘aprob’ is used when conjugating nosotros and vosotros. The rest of the subjects will work with the irregular stem ‘aprueb’.

In the preterite tense, aprobar is a regular verb. This means that the stem you use to conjugate will not change.

The future tense of aprobar is created by attaching the corresponding endings (underlined in the table below) to the verb in the infinitive form. So, instead of a stem, start with aprobar as a whole.

In the present subjunctive, ‘aprobar’ uses its regular stem ‘aprob’ for nosotros and vosotros; while you’ll need to use the irregular stem ‘aprueb’ for the rest of the subjects.

Just like the present subjunctive conjugation, aprobar in the imperative tense uses two stems.  ‘Aprob’ is only applied for nosotros and vosotros. On the other hand, ‘aprueb’ is used for tú and ustedes.

Aprueben su examen o tendrán problemas.
Pass your test or you will be in trouble.

When using the negative imperative (i.e. telling someone not to do something), use the appropriate present subjunctive form of ‘aprobar’ instead. Here’s the phrase structure and some examples:

No apruebes ese tipo de conductas irrespetuosas.
Do not condone such disrespectful behavior.

Por favor, no aprueben el uso de armas.
Please, do not approve the use of guns.

How to Use ‘Aprobar’ in Spanish with Examples

There are two main uses of the verb ‘aprobar’ in Spanish:

In the sections below, I’ll provide you with a few examples and descriptions of how to use this verb in Spanish. Make sure you use the phrase structure as guidance to build your own examples.

To say ‘to approve’

In Spanish, we use the verb ‘aprobar’ to agree on an opinion or to describe that someone considers that something is right or good enough. As a result, in this context, ‘aprobar’ means ‘to approve’.

Mi hermana no aprueba el mal comportamiento de sus hijos.
My sister does not approve of her children’s bad behavior.

¿Crees que nos aprueben el préstamo que pedimos?
Do you think they’ll approve the loan that we asked for?

Talking about passing a course or test

Another use of the verb ‘aprobar’ in Spanish is when describing that a person passed a test or a course. In this case, ‘aprobar’ is translated as ‘to pass’ or ‘to approve’. This meaning is usually applied in learning environments, but it can also be used when talking about passing a standardized test or benchmark.

Si no estudiamos, no aprobaremos matemáticas.
If we don’t study, we won’t pass Maths.

Here we have a few expressions in Spanish that use the verb ‘aprobar’. Take a look at the definition and translation in English so you understand when to apply it. The examples show you how to conjugate it along with other prepositions and nouns.

Aprobar por los pelos: This expression means to achieve something by a small margin or to barely reach something. It can be translated as ‘to pass by the skin of your teeth’ or ‘to barely pass’.

Aprobar de panzazo: In Spanish, this expression is also used when someone barely passes an exam or manages to achieve something. It can be translated as ‘to pass by the skin of your teeth.

Synonyms of ‘Aprobar’ in Spanish

Pasar: Although this is the direct translation of ‘to pass’, ‘pasar’ is a more casual way to express that someone passes a test or course.

Admitir: When talking about someone who agrees or accepts something as satisfactory, this Spanish verb can be used instead of ‘aprobar’. It is translated as ‘to admit’.

Aceptar: If we are speaking about allowing, consenting or agreeing to something, this verb can be used instead of ‘aprobar’. It is the translation of ‘to accept’.

Permitir: In case we are talking about agreeing or accepting something, ‘aprobar’ can be substituted for this verb. It is the translation of ‘to allow’ or ‘to permit’.