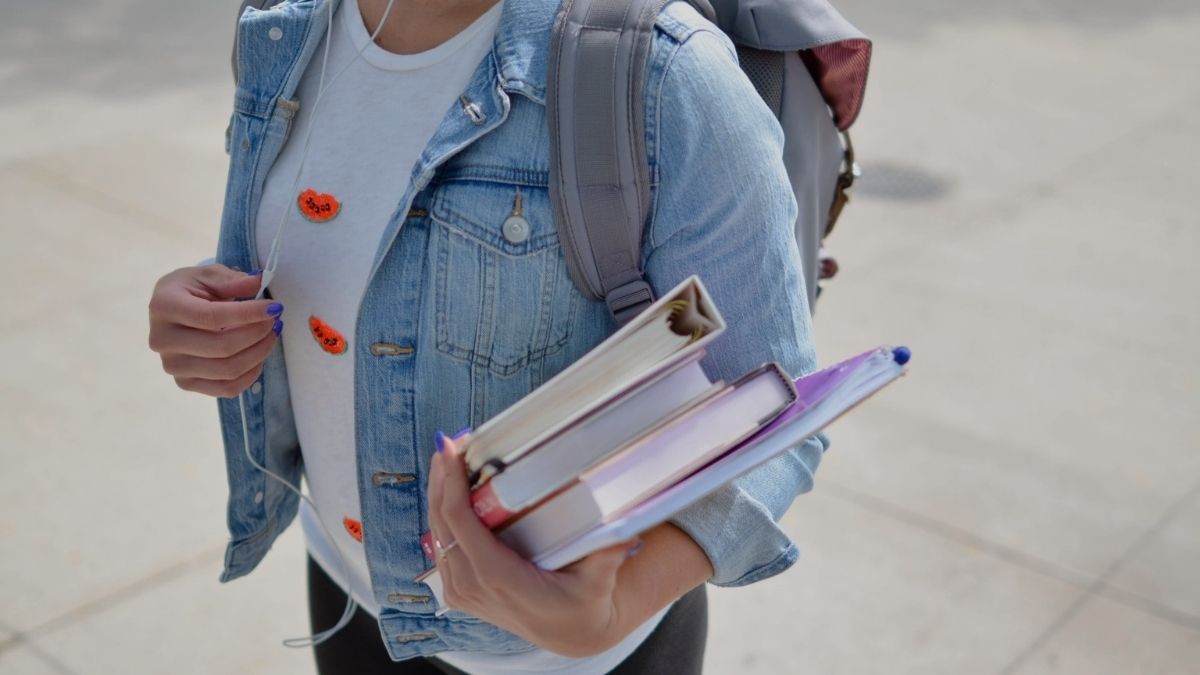 When learning Spanish, no matter what, you’ll have to deal with Spanish tenses at some point. This is because verb tenses allow you to accurately indicate when an action is happening and who is performing it. Like yourself, many students often wonder how many tenses the Spanish language has.

The Royal Spanish Academy gathers 17 Spanish tenses. However, contemporary Spanish speakers only use 14 tenses in their daily conversations. The preterite perfect, the future subjunctive, and the future perfect subjunctive are the three tenses that are not common in daily Spanish.

Spanish verb tenses are a key piece of your learning journey. To help you start on the right foot, I’ve prepared this guide where you’ll find all the essential information you need to understand Spanish tenses. These are the topics you’ll learn in this guide:

Common Spanish Tenses You Should Know

In any language, verb tenses are essential because they indicate when an action happens. In simple words, they allow you to express if something happened in the past, present, or future in relation to the moment you speak.

In addition to this, when conjugating a verb in Spanish, you are also specifying who is the person doing that action. Check these examples:

¿Estudiaron para el exámen?
Did you guys study for the test?

As mentioned above, there are 17 Spanish tenses in total. 14 of them are very common and, as a result, we use them on a daily basis. The remaining 3 tenses are old-fashioned and, because of this, you may find them in old books or movies.

Just in case you were wondering, these are the tenses you need to know in Spanish:

Take Note: Many learners wonder what’s the difference between Spanish tenses. In a broad definition, Spanish tenses are distinguished from each other because of their conjugation endings and the fact that each tense refers to different moments in time.

Spanish indicative tenses are a good place to start for beginner learners. Below, you’ll find the list of the tenses that fall into this mood and the conjugation endings you need to follow.

As its name suggests, the Spanish present tense indicates that an action takes place in the present. As a result, this tense is commonly used to:

To conjugate to the Spanish present tense, you need to add the following endings to the verb stem:

Here are some examples of sentences in the present tense:

Visito a mis amigos los domingos.
I visit my friends every Sunday.

The preterite tense is one of the Spanish past tenses. It expresses that an event occurred and was completed in the past. Here are some examples:

Esteban y yo fuimos al cine.
Esteban and I went to the movies.

These are the endings you need to use to conjugate verbs to the preterite tense in Spanish:

Take Note: Notice that some conjugation endings have accent marks. In these cases, accent marks are crucial to indicate that we’re dealing with the preterite tense.

The imperfect tense is another Spanish past tense. However, this tense refers to actions that occurred for an extended period of time in the past. In other words, the Spanish imperfect tense describes actions without specifying their beginning or end. Examples of situations where we use the imperfect tense include:

In this graphic, you can see how to conjugate the imperfect tense in Spanish:

A los chicos no les gustaba jugar con nosotras.
The boys didn’t like playing with us.

Tip: There are only 3 irregular verbs in the imperfect tense.

Just like in English, in Spanish, we use the future tense to talk about actions that will occur at some point. Unlike other tenses, to conjugate the Spanish future, you only need to add the following endings to the infinitive verb.

Yo no iré a trabajar mañana.
I will not go to work tomorrow.

La semana que viene viajaremos a Perú.
Next week, we will travel to Perú.

Mañana conocerás a mi familia.
Tomorrow you will meet my family.

Creo que Julián hablará contigo.
I think Julian will talk to you.

The endings remain the same for all -AR, -ER and -IR verbs, which makes this tense one of the easiest for Spanish beginners to learn.

Take Note: Irregular verbs in the future tense are stem-changing verbs, and to conjugate them, you’ll use the future endings shown above. The future tense in Spanish has more useful applications and in fact there are several variations of the tense that you can use for different situations. You can read our future tense guide to learn more about it.

The conditional tense in Spanish is used to:

Like the Spanish future tense, this tense is formed by adding the conditional endings to a verb in the infinitive form:

Si tuvieran tiempo, viajarían más seguido.
If they had time, they would travel more often.

Nos gustaría probar el helado de chocolate.
We would like to try the chocolate ice cream.

Te diría lo que pienso, pero te vas a enojar.
I would tell you what I think, but you’re going to get upset.

Like the future tense, the conditional tense in Spanish shares the same conjugation rules. You add the ending to the infinitive form of the verb and the endings above apply for all three types of verbs (-AR, -ER, and -IR).

Spanish compound tenses are tenses that are formed with two verbs: an auxiliary verb (haber) and a past participle verb. Haber can be conjugated to present, imperfect, future, and conditional tenses.

So, depending on the conjugation of the auxiliary verb, Spanish compound tenses are classified into:

Nunca he probado la cerveza.
I have never tried beer.

Cuando llegué, el avión ya había despegado.
When I arrived, the plane had taken off.

Para el jueves, me habré mudado.
I will have moved by Thursday.

Mañana habremos terminado nuestro proyecto.
Tomorrow we will have finished our project.

Si hubieras podido, ¿habrías cambiado algo?
If you could, would you have changed something?

Habría ido, pero no sabía que ibas a estar ahí.
I would have gone, but I didn’t know you would be there.

Even though it’s often confused with a tense, the imperative is one of the three Spanish moods. Leaving its classification aside, the Spanish imperative is very useful because it allows you to give commands or instructions to others.

You’ll need the following endings to conjugate a verb to the imperative form. Notice that, in this case, we use fewer subject pronouns.

If instead, you need to give negative commands (tell people what not to do), you’ll need the endings below:

[No] + [verb in negative imperative]

Advanced Tip: In Spanish, the structure a + infinitive verb can also be used to give commands. However, these sentences are not nearly as common as the imperative and don’t have a direct English translation.

¡A comer! La comida se está enfriando.
Come to have lunch. The food is getting cold.

In Spanish, the present subjunctive allows you to express uncertainty, wishes, and feelings about a certain situation. Additionally, we also use this tense to talk about hypothetical situations in the present.

The subjunctive endings for regular verbs are:

Take Note: The subjunctive tense can be complicated because it doesn’t have a direct English translation. However, in Spanish, the distinction between indicative (claims and assertions) and subjunctive (wishes and uncertainties) is very clear.

As a quick overview, we use the Spanish imperfect subjunctive to talk about imaginary situations that are unlikely to happen, give advice and express wishes. For example:

Ojalá dejaras de molestarme.
I wish you stopped annoying me.

Si me despertara más temprano, llegaría a tiempo al trabajo.
If you woke up earlier, I would arrive at work on time.

Take Note: As you can see in example #2, there are certain sentences where the subjunctive verb is translated as a verb in the infinitive form. This takes place with statements that have two subjects. In our example, those subjects will be Larry and me.

The endings that you use for this tense are:

Take Note: These conjugation endings are more appropriate for Latin American Spanish-speaking countries. In Castilian Spanish, the endings below are more common.

Ojalá hayan encontrado a su perro.
I hope they have found their dog.

Like any other subjunctive tense, the Spanish past perfect subjunctive is also used to discuss hypothetical situations. However, this tense implies regret:

Si hubiera sabido, no me habría ido.
If I had known, I wouldn’t have left.

Ojalá nos hubiéramos conocido antes.
I wish we had met before.

Si le hubieras dicho antes, Tanya te habría perdonado.
If you had told her sooner, Tanya would have forgiven you.

As you can see, these examples convey certain regret and express a hypothetical situation of how things could have been. In the graphic below, you can see the formula to create the Spanish present perfect subjunctive.

When trying to master Spanish tenses, you also need to understand the concept of Spanish moods. Moods refer to the intention or the way we express something. Based on this, Spanish has three moods: indicative, subjunctive and imperative.

The indicative mood expresses facts, assertions, and objective statements. As you have learned, we use different tenses to describe when these facts took place.

Yo hablo español.
I speak Spanish.

Si Doug hubiera aprendido español, tendría un mejor trabajo.
If Doug had learned Spanish, he would have a better job.

Finally, the imperative mood allows you to command someone to do something. This mood cannot be conjugated in any tense.

Even though these verb forms don’t have the same features as Spanish tenses, they’re still crucial for you to understand. As you have learned, Spanish past participles are a key element when forming compound tenses.

No he hablado con Jim.
I haven’t spoke with Jim

Martha y yo hemos viajado a Europa varias veces.
Martha and I have traveled to Europe many times.

Infinitive verbs, on the other hand, are used after certain verbs such as poder, querer, ir, etc. Without them, any sentence you make with these verbs wouldn’t make sense.

Queremos ir al cine.
We want to go to the movies.

No podemos abrir la puerta.
We can’t open the door.

Estaba limpiando la cocina, ¿tú que estás haciendo?
I was cleaning the kitchen, what are you doing?

In Which Order Should You Learn the Spanish Tenses?

Spanish speakers regularly use all the 14 verb tenses you’ve learned. That said, when starting with this language, this is the sequence that I recommend you to follow to properly learn and master Spanish tenses:

As you can imagine, Spanish verb tenses are crucial to holding a conversation. Here are some ideas that can help you learn tenses more effectively:

Spanish tenses can be confusing for many students. Here are some key points that you want to keep in mind: