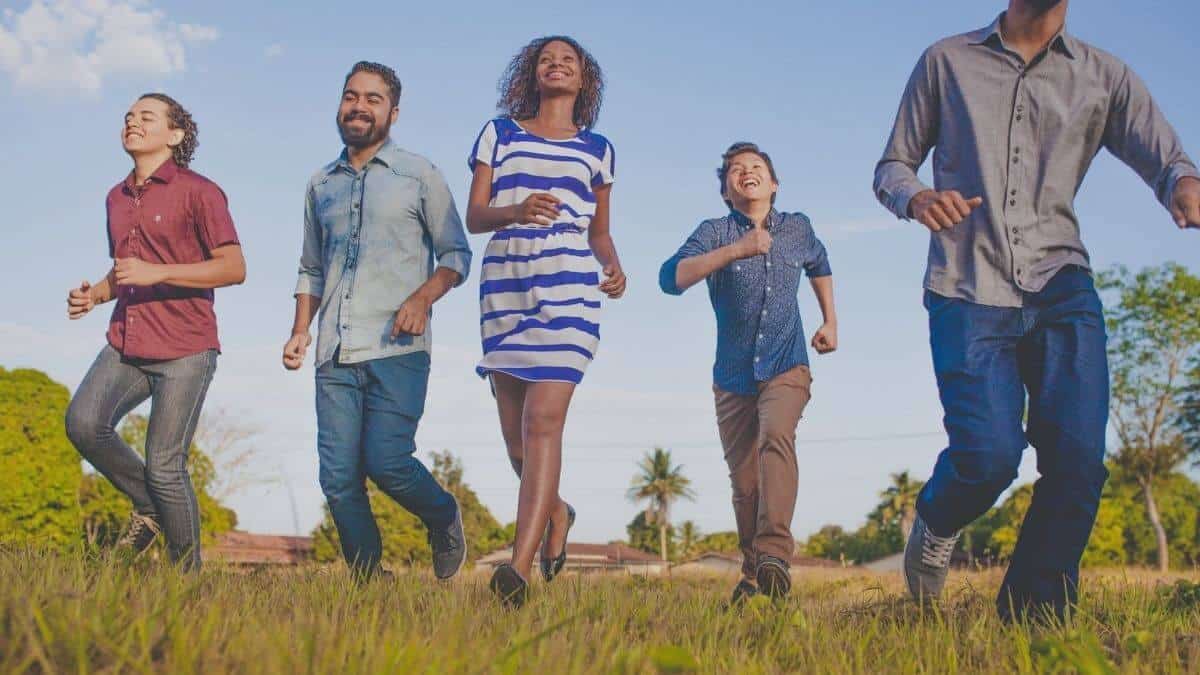 And that’s partially true: as a beginner, this is a great way to practice conjugations and acquire vocabulary. However, in the long run, this information is really useful since you’ll need to describe someone in Spanish more often than you think.

For that reason, in this article, I’ve compiled a list of common Spanish words to describe people.

To make things easier I’ve divided them into adjectives of personality and physical appearance. I’ve also included examples, phrase structures, and rules that will help you apply these words properly.

By the end of this, you’ll be able to perfectly describe someone in Spanish.

Adjectives to Describe a Person Physically

Here are some of the most common adjectives to describe someone physically in Spanish. This set of adjectives is meant to talk about a person’s general appearance.

Since these Spanish adjectives describe physical characteristics, they work with the verb ‘ser’. Here is how you use these words to describe people.

Tus primas no son pelirrojas.
Your cousins are not red-haired.

Notice that you can add adverbs or more adjectives to emphasize or soften the qualities that you’re describing (examples #2 and #4). Additionally, you could also use a diminutive as a way to soften the adjective that you’re using.

Take Note: In the context of describing people, it’s also very common to share your opinion about a person’s appearance. To do this, you can use verbs like hacer and parecer which in this context mean ‘to seem’ or ‘to look’.

Adjectives to describe your body in Spanish

There is another set of adjectives that you can use to describe body parts in Spanish. Here are some of the most common words that you can use in this context. If you want to give more accurate descriptions, you should also learn some Spanish colors.

When describing your body in Spanish, you’ll use the verb tener. Below are some phrase structures that you can use in this situation.

As a second option, you could also use the verb ser with Spanish adjectives to describe someone’s body. But, notice that, in this situation, your structure will need to use possessive adjectives or prepositions to express possession.

Of course, if you want to provide a more detailed description of yourself or others in Spanish, you can combine all previous structures.

When describing someone in Spanish you can also talk about the different characteristics of their personality. For that reason, in the following tables, you’ll find common Spanish words that you can use to describe someone’s personality.

Make sure you check the examples and the phrase structures so you know how to apply these adjectives correctly.

Adjectives to describe a good person in Spanish

When using Spanish adjectives to describe personality, you can use the verb ser and the words that you need to describe that person. Here is how you do it:

La neta, tus amigos son muy pesados.
To be honest, your friends are too annoying.

In this context, you can also provide your opinion or perception about someone’s personality. This is very useful if you’re still knowing this person. Here are some examples of how to do it. Notice that, in this case, the verb is conjugated based on the person that you’re referring to.

How to Use Descriptive Adjectives in Spanish

In Spanish, descriptive adjectives need to agree in gender and number with the person that they are describing. Additionally, when talking about personality traits or general appearance, these words work with the verb ‘ser’. ‘Tener’ is used when describing body parts.

As you may already know, adjectives need to reflect the gender and number (feminine, masculine, plural, or singular) of the person that you’re describing. So, for example:

Notice that with adjectives that end with an ‘-e’, ‘-ista’ or a consonant, you don’t need to change the gender.

A veces, Pam es cruel y poco paciente.
Sometimes, Pam is cruel and not patient at all.

Now that you know how these words work and what adjectives can you use to describe both physical appearance and personality, you can combine this vocabulary to provide a detailed description of yourself or others. Here is a small example:

Notice that just like in English, if you want to use more than one Spanish adjective, you only need to conjugate the verb once. Then, you just need to list as many adjectives as you need.

Although it might seem like a small part of a conversation, learning adjectives to describe people in Spanish is really useful. Trust me, you want to learn this vocabulary! Otherwise, how are you going to describe your crush or the funny character on the TV show that you’re watching? We need details!

Jokes aside, there are many situations where you need to be able to describe people. For that reason, in this article, I’ve included some of the most common Spanish adjectives that you need to describe someone. Here are some key points to remember:

Now, you’re ready to use adjectives to describe people in Spanish! ¡Buena suerte!