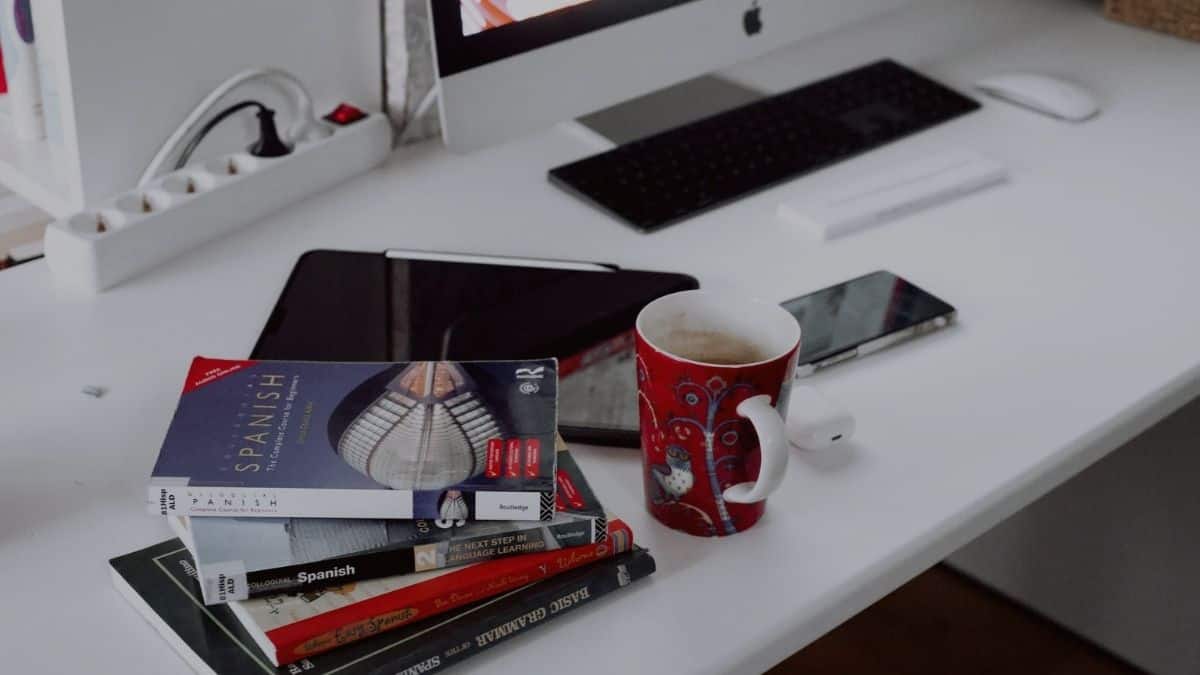 El Instituto Cervantes reported that in 2021 there were over 591 million Spanish speakers around the world, and they anticipate that this number will keep growing. So, if you’re wondering if learning Spanish is worth it, the answer is yes!

To help you start on the right foot, you’ll find some essential tips, resources, and reasons to learn Spanish in this article. I’ve also answered some frequently asked questions that many students have about the Spanish learning journey.

Here is a quick overview of things we’ll cover:

Hopefully, by the end of this article, you’ll have all the information you need to decide whether or not you want to learn Spanish. ¡Buena suerte!

As fun as it may be, learning a new language requires an investment of effort and time commitment. Because of this, many potential Spanish learners like to evaluate if this language is the best choice for them. If you’re one of those people, here are 3 crucial reasons why you should learn Spanish:

1. Spanish is one of the most spoken languages in the world.

According to El Instituto Cervantes, 7.5% of the world population is able to speak Spanish. In fact, Spanish is the mother tongue of 493 million people, which makes it the second biggest language based on the number of native speakers.

These numbers are interesting, but what do they mean for you? With so many people speaking and learning Spanish, you have a higher chance of being able to use this language in different contexts.

Being able to speak another language used to be a nice skill to have on your resume. However, nowadays, Spanish is becoming a useful and sometimes a required skill in the workplace. A 2017 study by New American Economy found that jobs listing Spanish as a desired skill increased 150%.

As you can see, Spanish for the workplace is no longer just an excellent addition to your resume, but it’s actually opening the door for more and better job opportunities.

Dreaming about becoming a “citizen of the world” or a polyglot?

Learning Spanish will help you gain better learning skills and improve your brain activity. In fact, some studies have shown that it’s easier for bilingual people to learn a third language. Given that they share similar vocabulary and grammatical structures, knowing Spanish can help you learn another romantic language in a more smooth and easier way.

If you want to learn Spanish, you may be wondering what’s the most effective and fastest way to do it. Even though there are many strategies and tools that you could use, it’s important to keep in mind that every person has their own learning style. Just make sure you find strategies that work for you and stick to them.

Here are some effective tips for learning Spanish:

1. Make a plan and stick to it

When it comes to language learning, researchers have concluded that people who have a plan with strategies and apply it consistently learn faster and more effectively than those who do not. In simple words, you need to identify and use techniques that help you learn and absorb the new information you’re learning.

As you can imagine, this is especially important if you’re learning Spanish on your own. For starters, you should determine how much time you’re going to spend studying and what strategies you’re going to use during that period.

Some examples of strategies you can use include, but are not limited to:

2. Pay attention to the meaning

One big mistake Spanish learners make is to try to learn and memorize as much vocabulary as they can. Memorizing a list of words without understanding what they mean or how to use them will not help you improve your Spanish. You’re likely just wasting brainpower in vocabulary that will be sitting in your head.

Don’t get me wrong, memorizing is good. But you need to be selective, and you need to pay attention to the meaning of the words or expressions you’re learning. If you want to be effective when learning Spanish, memorize vocabulary that you can incorporate into your conversations.

Paying attention to the meaning helps you build mental bridges between that word and its applications. Because you get to use it frequently, you’re not going to forget it. Additionally, understanding Spanish vocabulary also allows you to make connections and educated guesses about the meaning of other expressions and words you hear.

3. Expose yourself to the language

The goal of learning Spanish is to be able to communicate in this language. As a result, you have to make a serious effort to expose yourself to Spanish, so you’re able to learn through communication.

Let me explain this in simple terms. Many Spanish students are great in the classroom. However, they struggle to communicate in a real-life environment. They also discover that, if they make an effort, they actually learn more from these experiences than from the books.

Exposing yourself to the language allows you to enrich your vocabulary with useful words and helps you practice grammatical structures. Additionally, it also forces you to use mental connections to understand the patterns of the language, which will improve your communication.

There are many little things that you can start doing to immerse yourself in Spanish. Some examples include:

The key to being proficient in Spanish is constant practice. The Journal of International Education Research, found that having a short routine every day was highly effective when learning a language.

So, instead of spending hours one day trying to catch up with your Spanish, make a commitment to spend 20-30 minutes per day practicing and studying Spanish. To make the most of this time, make sure you follow useful strategies to help you with your learning process.

5. Find strategies for overcoming your fear of speaking Spanish

For many students, speaking Spanish can be nerve-wracking for a variety of reasons. This is completely understandable. However, the only way to improve your communication skills is by speaking Spanish! As a result, you should try to find a way to overcome this fear and practice your Spanish.

I’ll give you a simple example. One of my former students had a lot of issues engaging in group conversation. She was a brilliant student and knew that she actually had to practice. But she just couldn’t keep a conversation going during that part of the class.

After a few days, she realized that speaking with a large group of people made her extremely nervous. Her solution? Practicing one-on-one with a single partner and keeping away from large groups. Eventually, her Spanish improved to the point where she started engaging with the rest of the class.

Like her, you may have your own fears about practicing Spanish. But you should try to find the middle ground where you feel comfortable enough to start practicing!

6. Pay attention to the form

Although you may have heard that you don’t need grammar to speak Spanish, the truth is that you actually need to pay attention to this element if you’re serious about improving your command of the language.

Understanding how simple and more complex structures are formed will give a better insight into the Spanish language. This will allow you to convey your ideas in a more fluid and precise way. It will also help you understand what others are trying to tell you.

Below, you’ll find a list of articles that you can use to learn or improve your Spanish. Feel free to click on any of the following links to start your Spanish journey.

When it comes to Spanish learning resources, there are different courses and textbooks that could be useful for you. Some of our favorites include:

The following list is formed with “how to” articles. The topics they cover include vocabulary, pronunciation, how to do or improve something in Spanish, among others.

The articles below cover some common topics that all Spanish beginners should know. Please, feel free to jump into any of them.

As an intermediate or advanced student, you need to work on improving your idioms and learning more complex grammatical structures. The following articles provide you with some of these helpful topics. Don’t hesitate to explore whichever works best for you:

What are some pronunciation problems I may face when learning Spanish?

Why is it hard to learn Spanish?

Learning Spanish can be challenging for many people because of the following reasons:

How long does it take to learn Spanish?

The State Department in the U.S. estimates that a person needs between 600-700 class hours to learn Spanish. This period of time allows students to reach a professional working proficiency. This means people are able to communicate in most formal and informal conversations, but they may miss some language nuances.

Can you learn Spanish by watching TV?

A study conducted by the Educational Research Journal proved that watching television helped people learn a new language. Since TV can provide people with valuable and simple structures to communicate with others, watching TV can actually help you learn Spanish.

Watching TV is a good way to develop your vocabulary, reading, listening, and speaking skills. Some popular shows that you can use to start learning Spanish are: