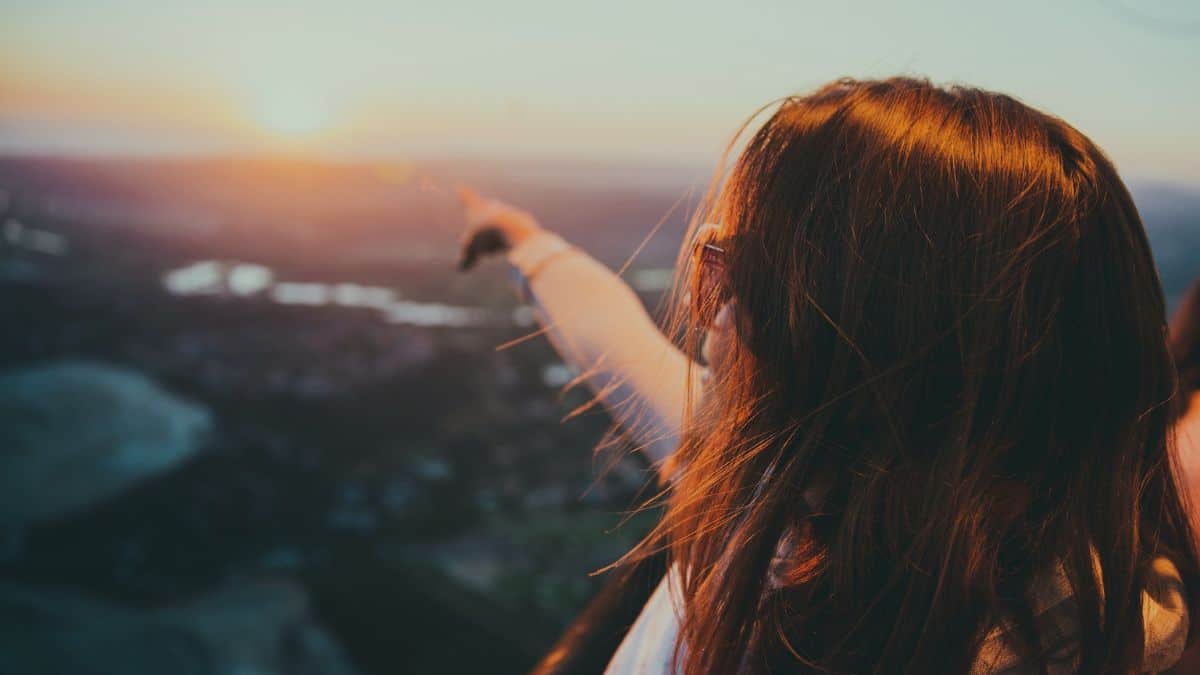 According to the data collected by El Corpus del Español, most demonstratives are in the top 40 most frequently used words in Spanish. However, many learners still wonder what demonstrative adjectives in Spanish are.

Demonstratives in Spanish are essential. After all, they help you indicate how far something or someone is. So, in this guide, I’ll provide you with the key information you need to know to use these words.

Depending on the spatial or temporal distance they express, demonstrative adjectives in Spanish are classified into three basic groups:

Like any other Spanish adjective, demonstratives must agree in number and gender with the noun. So, in total, we have twelve demonstrative adjectives in Spanish.

Below, you’ll find charts with all demonstrative adjectives. Remember that the distance is always in relation to the speaker.

Aquellas flores son tuyas.
Those flowers are yours.

Take Note: Both aquel and ese mean ‘that’. But even if they share the same translation, they do not express the same idea. ‘Aquel’ refers to things or people that are further in distance or time from the speaker.

How to Use Demonstrative Adjectives in Spanish

Below are some sentences using demonstrative adjectives in Spanish. Look how the adjectives perfectly match the number (singular or plural) and the gender of the noun.

¿De quién son estas camisas?
Who are these t-shirts from?

Ese celular es tuyo.
That phone is yours.

Demonstrative adjectives in Spanish are not only used when talking about things or people that you can see or touch. In fact, we also use them to talk about time, ideas, and abstract concepts.

Check the examples below:

En aquel tiempo, no había internet.
At that time, there was no internet.

No conozco estas palabras.
I don’t know these words.

Pay attention to examples #1 to #3. All of them refer to time. Can you see the temporal distance? Esta tarde is very close in time, so I can use the near future to tell you about my plans.

On the other hand, the demonstratives in examples #2 and #3 are far away from this moment. For that reason, they work as time markers for the preterite and the imperfect tense in Spanish.

So, based on the temporary distance, here are some combinations you can use with demonstratives and Spanish tenses:

Difference Between Demonstrative Adjectives and Pronouns

In simple words, demonstrative adjectives and demonstrative pronouns in Spanish have the same purpose. As you’ll see in the examples below, their only difference is the elements they work with. Adjectives must go with a noun, and pronouns are used instead of that noun to avoid repetition.

Quiero esta.
I want this.

Voy a leer ese.
I’m going to read that.

You use demonstrative pronouns when anyone in the conversation understands the noun you’re referring to. As you can see in the previous examples, pronouns help you avoid repetition and keep your sentences shorter.

But a significant distinction between these sets of words is that, unlike adjectives, demonstrative pronouns have a neuter form:

These pronouns are always used in this single form and are only applied when replacing concepts, actions, and abstract things.

Aquello estuvo mal.
That was wrong.

Bonus: Adverbs that Work with Demonstratives

Certain Spanish adverbs work together with Spanish demonstratives. These adverbs are:

Have you ever struggled with these words? Don’t feel bad; many students do.

These adverbs work exactly like demonstratives in Spanish. In other words, they help you express the distance between the speaker and a noun.

In Spanish, we can use these adverbs and demonstratives at the same time. Can you imagine why? To emphasize sentences 😉 Now, you only need to make sure that the adverb and the demonstrative refer to the same distance.

Me gusta esa camisa de ahí.
I like that t-shirt over there.

¿Este coche de aquí es tuyo?
Is this car over here yours?

Aquella chava de allá es mi prima.
That girl over there is my cousin.

Demonstratives in Spanish are essential for daily communication. Here are some key points that you must remember: