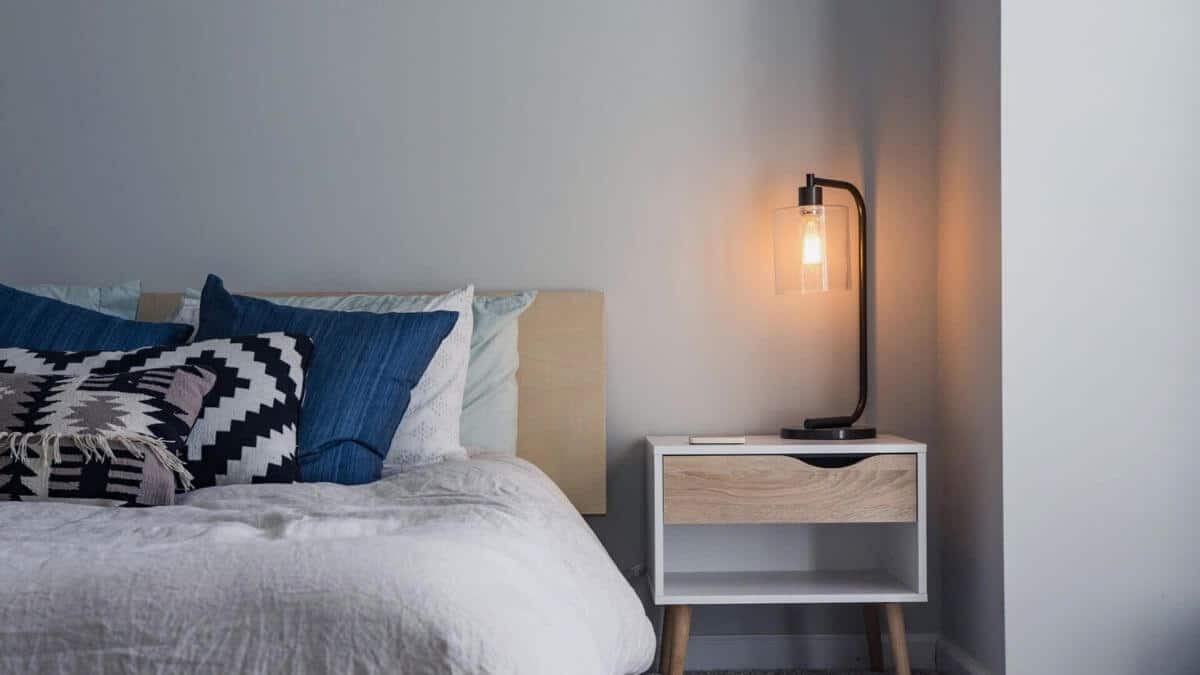 Even though it may be a very common topic, a lot of Spanish learners have issues to name objects or to discuss daily life activities related to the bedroom. Both the actions and objects that we use in this room are very common and learning this vocabulary can really help you improve your Spanish skills in real-world, everyday conversations. That’s why in this article, we compiled a list of Spanish vocabulary for the bedroom.

In order to make this process easier for you, this article is divided into four main sections. Here’s the breakdown of what this guide will cover:

By the end of it, you’ll be able to apply over 85 new nouns and verbs into your Spanish conversations.

In this section, we compiled a list of vocabulary that you can use to talk about different objects and nouns related to the bedroom. Since most Spanish learners have difficulties to know if a noun is masculine or feminine, each of the following words will be preceded by their corresponding article (el, la, los, las). This will help describe the gender and number of these Spanish bedroom words.

Bedroom objects and nouns in Spanish

Common Spanish Verbs for the Bedroom

Here is a list of common verbs that you can use to talk about the actions and activities that you do in the bedroom. In this list, you will find a mix of standard and reflexive verbs. Here is a quick way to differentiate them:

Additionally, in some instances, you may find some Spanish synonyms listed. This is because in some Spanish speaking countries they may have a preference for using one word instead of the other. However, this vocabulary is considered standard Spanish and not specific to one country. As a result, you may use all words.

The best way to incorporate any new set of vocabulary you learn is through practice and applying it to real-world conversations. In this section, we’ll provide you with some usable examples and phrase structures so you start applying the bedroom-related words that you have just learned. In order to do that, the examples will contain nouns and verbs related to the bedroom. Below, we’ll provide you with some very common structures that you can apply to your conversations.

When talking about the activities and objects that you can find in the bedroom, one of the most common things we do in Spanish is to give orders or recommendations to others.

Here is the phrase structure that you need for these situations. Make sure that the verb and the noun you use are related to the Spanish words for the bedroom listed in previous sections.

¡Quítate los zapatos antes de subirte a la cama! Take your shoes off before getting in the bed!

As you may imagine, you could also build negative statements to order people or recommend them not to do things. However, in that case, you would need to make some adjustments to the previous structure.

In this article, you can learn more about how to conjugate the imperative form in Spanish.

One of the most useful and common contexts where you can apply bedroom vocabulary to is when talking about your daily routines. In this context, you may need to use both standard and reflexive verbs to talk about your actions.

¿Para qué prendes la televisión? Siempre te quedas dormida Why do you put the TV on? You always fell asleep

Even though the previous examples are in the present tense, be aware that you could change the conjugation of the verb to match the tense you need to use. Here are some examples:

¿Le cambiaste las sábanas a la cama?
Did you change the sheets?

In Spanish, we also use reflexive verbs when talking about our or someone else’s daily routines. Unlike the ‘standard’ verbs, reflexive verbs are used to express that a person does and receives an action to themself.

Take Note: Although reflexive verbs are very common in Spanish, keep in mind that they won’t always have a reflexive form in English.

As mentioned earlier, you can change the tense of the verb. Here are some examples:

¿Te desvelaste ayer? Vi tu lámpara prendida Did you stay up late last night? I saw your lamp on

Mi alarma sonó, pero no me desperté My alarm clock went off, but I didn’t wake up

Asking about Someone’s Night or Activities

When talking about the bedroom in Spanish, it’s also very common to ask people about their night or their activities. In order to do so, you may need one of the following phrase structures:

¿Cómo durmieron? How did you guys sleep?

¿A qué hora te fuiste a dormir? What time did you go to bed?

¿Dónde pusiste las sábanas? Where did you put the sheets?

¿Por qué te levantaste tan temprano? Why did you wake up so early?

Paco, ¿a qué hora pusiste la alarma? Paco, what time did you set the alarm for?

If you would like to make a broader question, you could use the following structure:

¿Durmieron bien? Did you sleep well?

¿Ya tomaste tu siesta?
Did you already take your nap?

Alonso, ¿tuviste una pesadilla anoche? Estabas gritando Alonso, did you have a nightmare last night? You were screaming

Phrases Related to the Bedroom

Below is a list of common phrases or expressions that are related to the bedroom and that can be very useful when communicating with other Spanish speakers.

Dormí como un tronco, y ¿tú? ¿Descansaste bien? I slept like a baby, and you? Did you rest well?

In this guide, we looked at the most common Spanish words for talking about the bedroom. On top of learning vocabulary for the objects and furniture that you may find in this room, we also provided you with some common verbs that you need to talk about your activities in the bedroom.

Learning vocabulary and common expressions to communicate around the house will help you practice your Spanish skills in real-life situations.

That’s why we also learned some useful and applicable phrase structures that will help put this new Spanish vocab into practice. Finally, we provided you with some common Spanish good night phrases and other expressions related to the bedroom.

Now it’s time for you to start putting into practice your Spanish words for the bedroom.