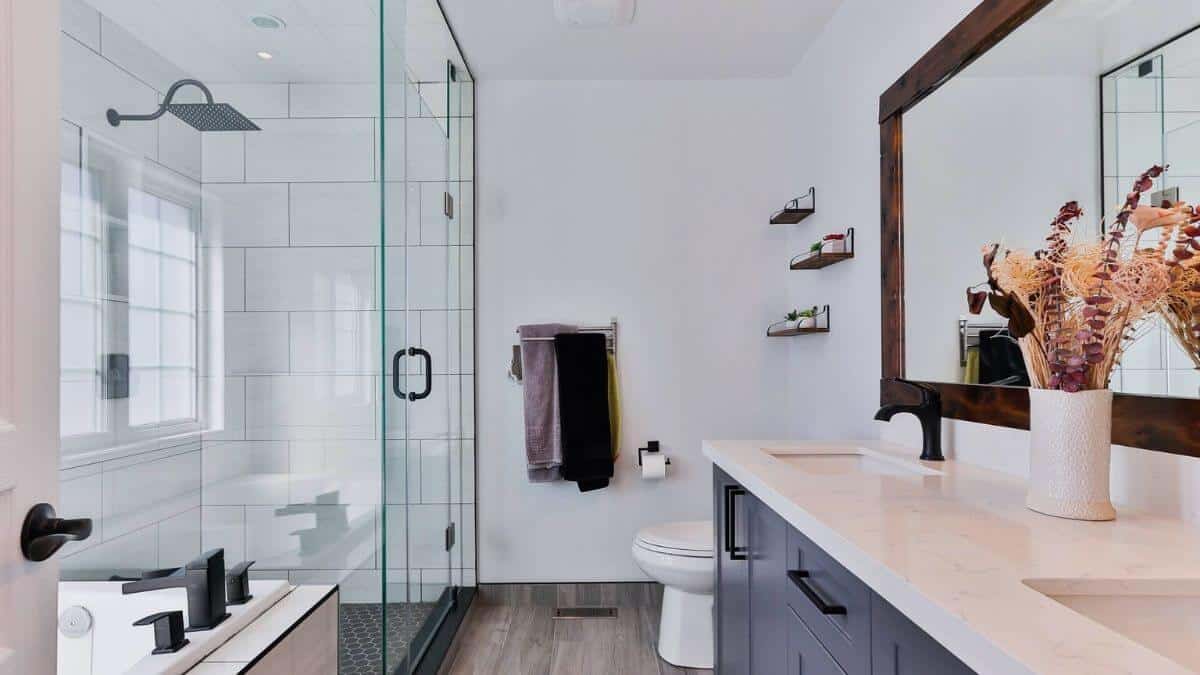 When learning Spanish, new speakers may find it challenging to talk about their daily routines or name objects in the bathroom with the same vocabulary that a native speaker would use. So in order to help you overcome that issue, in this article, we compiled a list of Spanish vocabulary for the bathroom.

As a way to make this article easier for you, we have split the vocabulary into objects that you can find in the bathroom and verbs that will be useful to describe your actions and activities in this room.

Finally, since we know that the best way to learn new vocabulary is to put it into practice as soon as possible, we’ll show you some examples and phrase structures that you can use when applying your bathroom vocabulary.

Below, you will find a list of Spanish nouns that you can use to describe or to talk about the objects that you may find in the bathroom. Since knowing if a noun is feminine or masculine can be hard for new Spanish learners, we included definite articles to help you know the gender or number of each noun. Remember:

Take note: Even though bañarse is the direct translation of ‘to bath / to bathe’. Some Spanish speaking countries also use this verb as a synonym of ‘to take a shower’.

Here is a list of verbs that we use when talking about actions or activities in the bathroom.

In some instances, you may find some synonyms. This is because in some Spanish speaking countries they may have a preference for one word instead of the other. However, this vocabulary is not specific to one country. As a result, you may use all words.

Take Note: Many of the verbs that we use in the bathroom are Spanish reflexive verbs. This is because most of the actions that we carry out in this room are performed and received by the same person. These verbs can be easily identified as the end with ‘se’. These have also been labelled with ‘(oneself)’ in the above table.

The examples will contain both nouns and verbs related to the bathroom and should prove useful for applying the vocabulary listed above.

Additionally, you’ll find some common phrase structures that will help you communicate better in the bathroom. This will allow you to use almost all of the verbs and nouns in this article in practical, real-world conversations.

Describing Activities in the Bathroom

When applying the bathroom vocabulary, there are some general phrase structures that will help you build statements, questions and improve your Spanish communication skills. Each of the following structures will have its own purpose or intention.

Describing your Activities in the Bathroom

In the verb vocabulary section, in Spanish, we have some ‘standard’ verbs that we can use to describe some activities or actions that we perform in the bathroom. Here is a common phrase structure that you can use for these cases:

Reflexive Verbs for the Bathroom

The previous structure is helpful when working with Spanish ‘standard’ verbs. We mentioned earlier that a lot of the Spanish bathroom activities require the use of reflexive verbs. This is because most of the actions we do in the bathroom are done and received by the same person.

These reflexive verbs can’t always be directly translated into in English. However, they’re quite important in Spanish. Here is the phrase structure and some examples.

If you wanted to emphasize that the action is taking place right now, you could use the following sentence structure:

¿Ya te estás maquillando? Necesito usar el baño You’re putting on your makeup? I need to use the bathroom

Spanish reflexive verbs are quite important when talking about routines and activities in the bathroom. As a result, in this guide to reflexive verbs in Spanish, you’ll find how to conjugate them and what contexts you can use these verbs.

Describing What You Help Others Do in the Bathroom

Even though these ‘standard verbs’ look very similar to their reflexive forms, their intention is different. We use these verbs to express that we’re helping others do an action that they can’t do by themselves for some reason. In this case, you will need to make some adjustments to the sentence structure.

Take Note: you need to use an indirect pronoun every time you need to express that you’re performing an action on someone else’s body part.

Although the previous phrase structure is very common, you could also use the following variation. Using an indirect pronoun will vary depending on the context and the elements you use:

Related: Where to Place Direct and Indirect Pronouns in Spanish

Describing Where Objects Are in the Bathroom

In addition to using the Spanish bathroom vocabulary to talk about your or someone else’s activities, you can also use it to describe where things are located in this room. This will help you communicate better with other Spanish speakers. In order to do this, we have provided you with two main options:

Another option that you can use to indicate to people where they can find bathroom objects is by using the verb estar. In this case, the conjugation of the verb will vary depending on whether the bathroom object is either singular or plural.

Si la necesitas, la báscula está en el armario If you need it, the scale is inside the cabinet

Related: When to Use Estar in Spanish

Asking for Something in the Bathroom

It’s likely that at some point, you will need to ask a person for an object in the bathroom. Even though there are different ways to ask a question in Spanish, the following phrase structures are very common.

¿Me pasas la botella de champú, por favor? Can you pass me the bottle of shampoo, please?

Although the following option is quite similar to the previous one, you can use it if you want to be slightly more polite with the person you’re talking to.

¿Me puedes pasar el acondicionador? Could you pass me the conditioner?

Common Phrases or Questions Related to the Bathroom

In addition to the questions and sentences that now you can build in Spanish, there are some general phrases related to the bathroom that can be very handy for you.

In this article we learned Spanish words and verbs for the bathroom. On top of giving you a list of nouns for bathroom objects, we provided you with a list of common verbs and phrases that you need in order to talk about your actions and activities in the bathroom.

We also learned some common phrases structures that you can adapt to ask questions or to describe your or someone else’s daily routine. Now you’re equipped with words, nouns, verbs and sentences that will expand your vocabulary in the bathroom and seriously improve your Spanish fluency.