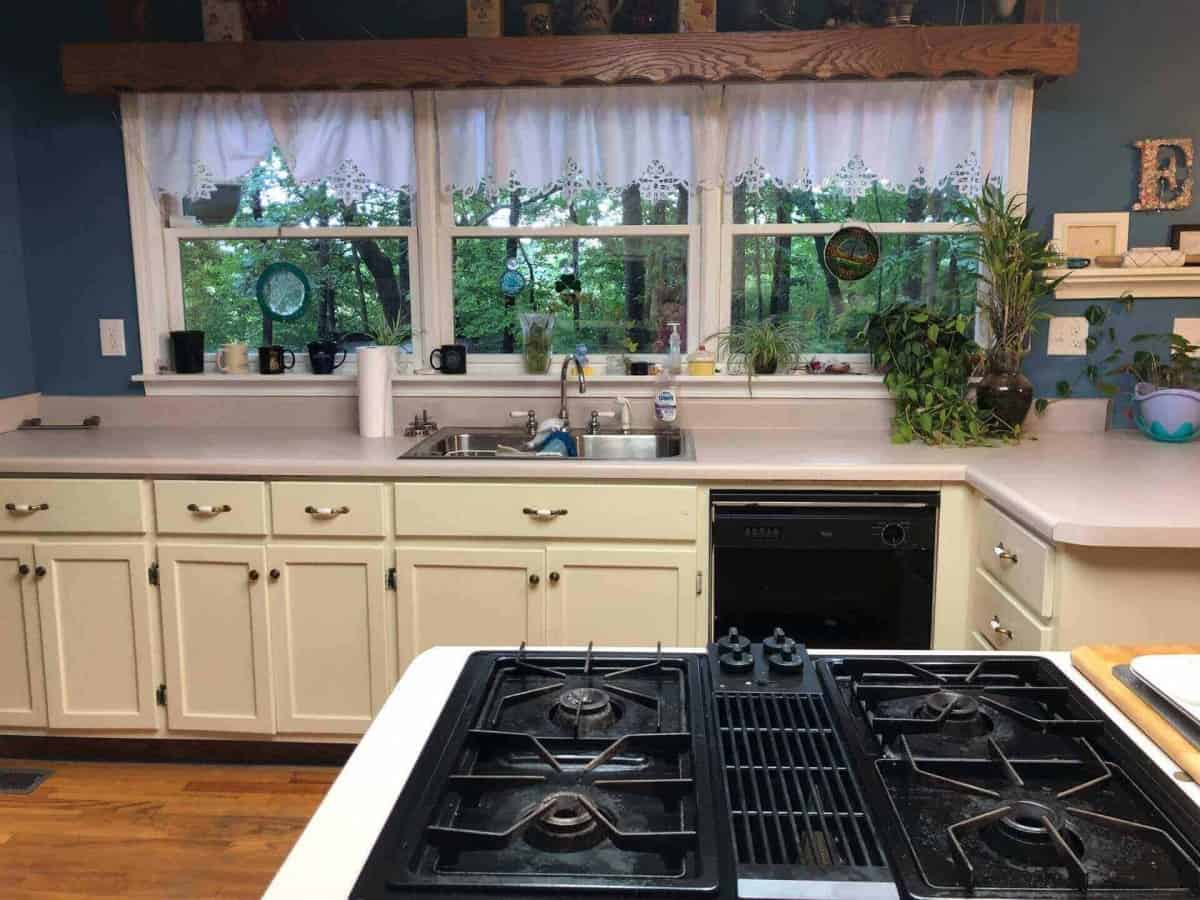 When learning Spanish, one of the most common issues for new speakers is to talk or have a conversation about daily activities with specialized topics or vocabulary such as being in the kitchen or referring to the utensils you can find there. So in this article, we compiled a list of Spanish vocabulary for the kitchen.

In order to make this easier for you, we have split the vocabulary into three main sections. The first one contains a list of utensils and appliances that you can find in the kitchen. In the second part, you’ll find some verbs that can be useful to describe your actions and activities in this room.

Finally, in section three, we bring this all together…

Since we understand that the most important thing for you is to start applying this kitchen vocabulary in real conversations, we dedicated a full section to show you some examples focused on using kitchen vocab. In this part, you will also find some useful phrases and structures that will give you some immediate guidance about how to ask questions and how to describe your activities in the kitchen.

In this section, you will find a list of nouns that you can use to talk about kitchen utensils and appliances in Spanish. Since knowing if a noun is feminine or masculine can be hard for new Spanish learners, we included definite articles to help you know the gender or number of each noun. Remember:

Common Spanish Verbs that you Need in the Kitchen

Here is a list with verbs that we use when talking about actions or activities in the kitchen. Be aware that in some instances you may find some synonyms. This is because in some Spanish speaking countries they may have a preference for one word instead of the other. However, this vocabulary is not specific to one country. As a result, you may use all words.

The main purpose of this section is to give you some usable examples of how to apply the kitchen vocabulary that you just learned. In order to do that, when possible, the examples contain both nouns and verbs related to the kitchen.

On top of that, you’ll find some common phrase structures that will help you communicate better in the kitchen. These will allow you to use almost all of the verbs and nouns in this article in practical, real-world conversations when talking about cooking and the kitchen.

When you’re in the kitchen, there are some general phrase structures that will help you make questions and improve your communication. Keep in mind that each structure will have its own purpose or intention.

To ask someone to do something

It’s very likely that at some point, you will need to ask a person to do a certain activity in the kitchen. Although there are different ways to pose a question in Spanish, the following phrase structure is very common.

¡Ven! ¿Puedes desmoldar el pastel? Come here! Could you remove the cake from its mold?

As you may know, ‘poder’ is used in a lot of questions. However, to make this question relevant to the kitchen, the infinitive verb required in the phrase structure should be a Spanish verb for the kitchen.

To ask someone for something

If instead of asking someone to do something in the kitchen, you want to ask them for something, then, you need to make some adjustments to the previous structure. Here is how you do it as well as some examples that you can follow.

¿Me puedes pasar el abrelatas?
Could you pass me the can opener?

Se me cayó mi cuchara, ¿puedes prestarme otra?
I dropped my spoon, can you give me another one?

Gabriela, ¿les puedes calentar la comida a tus primitos?
Gabriela, could you head the food to your little cousins?

¿Le puedes dar un vaso de agua a tu tía y una copa de vino tu tío?
Can you give your aunt a glass of water and a glass of wine to your uncle?

Notice that when you ask someone for something (an object) you don’t necessarily need the infinitive verb to be a Spanish verb for kitchen. In any case, you will need to use a noun to refer to a utensil that you can find in the kitchen.

To ask if someone did something at the kitchen

When talking about the kitchen in Spanish, it’s very likely that at some point you may need to ask people if they did or completed a certain activity. In this case, you may use one of the following basic phrase structures. You can change the verbs and the nouns to match the kitchen vocabulary in Spanish that you have learned so far.

¿Ya volteaste tu huevo? ¡Se te va a quemar! Did you flip your eggs already? It’s going to burn!

¿Sabes si Carlos ya precalentó el horno? Do you know if Carlos already preheated the oven?

¿Ya picaron y saltearon las cebollas que les pedí? Did you guys already chop and sauté the onions that I asked?

Oigan, ¿ya marinaron la carne? La parrilla ya está lista Hey guys, did you already marinate the meat? The grill is ready

Mateo, ¿ya empanizaste el pollo y escurriste la verdura? Mateo, did you already bread the chicken and drain the vegetables?

Take Note: Just like in English, in Spanish, we use ya when we want to emphasize that a certain action was completed. This word has other meanings and uses in Spanish that are necessary for a fluent conversation. That’s why in this article, I explained to you how to use ‘ya’ in Spanish.

However, if you just want to ask someone if they did an action in the past (without emphasizing), you can use the following phrase structure. Don’t forget to adapt it to include some Spanish vocabulary for the kitchen.

¿Quemaste el arroz? Did you burn the rice?

¿Agitaron el jugo antes de servirlo? Did you guys shake the juice before pouring it?

¿Tu mamá congeló el pollo que estaba en la mesa? Did your mom freeze the chicken that was on the table?

Giving instructions in the kitchen

Another way that you can apply your Spanish kitchen vocabulary is to give instructions. This is pretty handy when you’re sharing your recipes with someone else or, as mentioned before, simply to give someone else instructions about what you want them to do in the kitchen. This is the phrase structure that you need as well as some examples.

There’s also a chance that you need to give instructions about the things you don’t want people to do, in this case, you should use the following structure:

Here, you can learn more about how to conjugate the imperative form in Spanish.

Describing your actions in the kitchen

On top of using the Spanish kitchen vocabulary to ask questions, you can also use it to describe your or someone else’s actions in the kitchen. The following structures are in the present tense. As a result, if you want to describe your activities in the past, you will need to change the verb tense.

You could also use the following structure. However, be aware that by doing so, you will be emphasizing the fact that the action you’re talking about is taking place right now.

As you have noticed, in Spanish, there are different words to refer to a ‘glass’ or a ‘cup’. Although you may think that these words are synonyms, the truth is that we use them in different ways and, most importantly, with different beverages. That’s the reason why I wrote this article where I explain the difference between vaso, copa and taza in Spanish.

Learning how to communicate and name objects around the house will be useful for building your Spanish vocabulary. That’s why in this article we learned Spanish words for the kitchen.

On top of giving you a list of nouns for kitchen objects, utensils and appliances in Spanish, we also provided you with a list of verbs that you need to talk about your activities and actions in the kitchen.

Additionally, we learned some common phrase structures that you can adapt to ask questions in the kitchen, give instructions, or simply describe what you or someone else is doing.