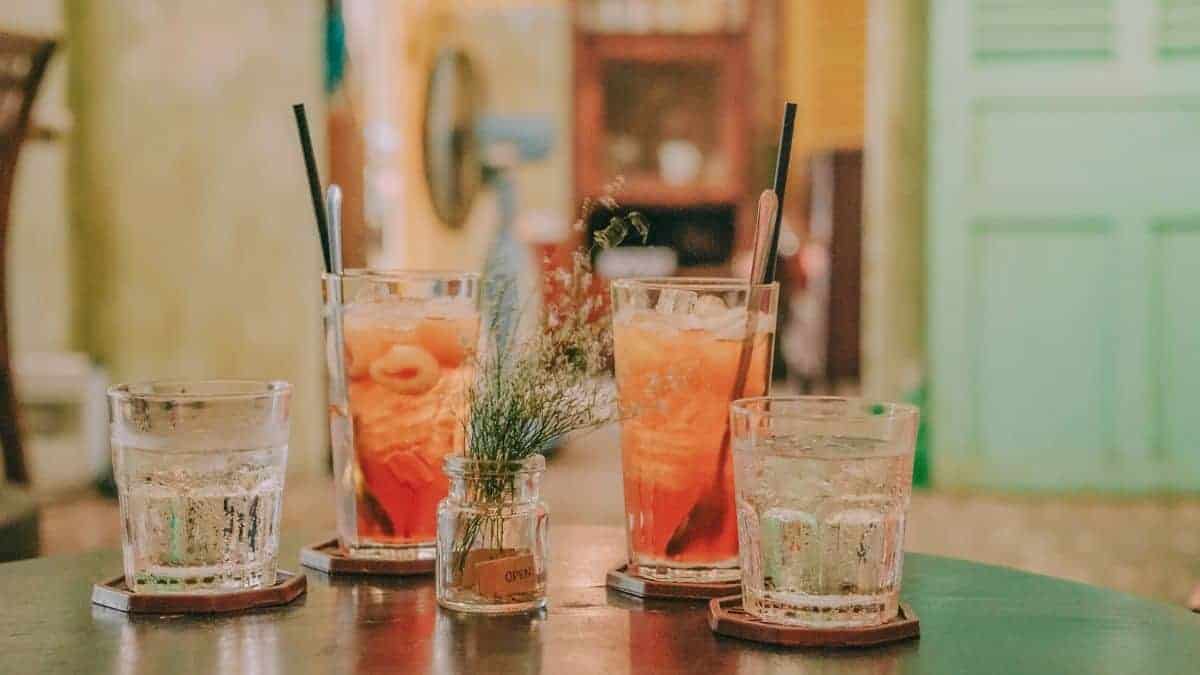 If you’re visiting a Spanish speaking country, knowing how to order a drink in Spanish as well as some beverage vocabulary would be very useful for your communication. In this guide, we’ll teach you some of the most general phrases you can use to ask for a drink in Spanish. Since asking for a drink in a coffee shop is different than ordering in a restaurant, we’ll also discuss some of the phrases and vocabulary you need in different establishments. You’ll also learn to describe the ingredients you want or you don’t want on your beverage. And finally, we’ll provide you with some useful drink vocabulary in Spanish.

Common Phrases to Ask for a Drink in Spanish

No matter what type of drink you want to order, in Spanish, there are some general phrases or structures that you can use to ask for a drink. All these phrases are very popular in Spanish speaking countries. The only difference between them is their degree of formality. As a result, choosing one or another will depend both on the store or establishment you’re at as well as your personal judgment. Be aware that in Spanish we may have different variations for one phrase.

This phrase is one of the most popular among Spanish speakers and even though it’s a little bit informal, it’s also very friendly. In English, ‘¿me das…?’ can be translated as ‘can I have?’. When asking for a drink in Spanish with this phrase, this is the structure you need to use:

With this phrase, as well as the next ones, un will need to change if the drink you’re talking about in Spanish is feminine or plural. Here are some examples:

Keep in mind that in the plural form, un may change to match the number of drinks you want to order. This form is very popular in conversational Spanish.

¿Me das tres tés verdes helados? Can I have three green iced teas?

¿Me das dos piñas coladas? Can I have two pinas coladas?

This is another variation of the English phrase ‘can I have?’ and even though it’s well known in Latin American countries, this phrase is more popular in Spain. It is also considered slightly informal, as a result, you can use it in small or informal businesses.

As mentioned earlier, ‘¿me pones…?’ is also known in Latin American countries. However, we tend to use it more when we want to ask for a drink to go. This is how we do it:

¿Me pones un jugo de naranja para llevar? Can I have an orange juice to go?

Remember that using this phrase as they do in Spain or Latin America, you need to make some adjustments if the drink is feminine or you want to order more than one.

¿Me pones una limonada? Can I have a lemonade?

¿Me pones cuatro cafés expreso para llevar? Can I have four espresso coffee to go?

This phrase is the formal form of ‘¿me das?/¿me pones?’. Even though the phrase is slightly more formal, it can be used in all types of businesses. The structure and grammar rules we follow are the same that we discussed in the previous sections.

¿Me puedes dar un café con leche? Can you give me a coffee with milk?

¿Me puedes dar tres aguas minerales? Can you give me three mineral water?

If for any reason you need something more formal, you’ll need to transform this phrase into:

¿Me podrías dar un café para llevar? Could you give me a coffee to go?

This is another phrase that you can use to order a drink. Even though this is not as formal as ‘¿me podrías dar?’, you can use this phrase in formal contexts since it’s considered to be very polite. Just like the other phrases, you need to make sure that ‘un’ matches the gender of the noun you’re using to talk about your drink. Although the literal translation of this phrase would be ‘Can I ask you for…?’ the closest expression in English is ‘May I have?’.

¿Te puedo pedir una sidra? May I have a hard cider?

This is another one of the most popular phrases that we use to order drinks in Spanish. I’ll have has three different variations in Spanish:

Out of these three options, ‘para mí va a ser’ is a phrase that can be used in both formal and informal venues and situations. ‘Quiero’ is very informal and, in some countries, ‘dame’ can be considered a little rude and aggressive.

Asking For a Cup or a Glass?

Although the phrases learned on this guide will help you order any drink in Spanish, you can also be a little more specific and ask for a cup or a glass of any drink you want. This is how you do it (beware that ‘¿me das?’ can be exchanged for any other of the phrases we studied before):

¿Me das una taza de té verde? Can I have a cup of green tea?

¿Me das un vaso de jugo de naranja? Can I have a glass of orange juice?

¿Me das una copa de vino tinto? Can I have a glass of red wine?

Notice that in Spanish, we have different words for ‘cup’ and ‘glass’ and we can’t always use them interchangeably. If you want to learn the difference between vaso, taza and copa, I recommend you to read this article where you not only will understand the difference between these words but also you’ll learn what drinks you’ll need to use with each word.

Asking and Avoiding Ingredients in Your Drink

The phrases that we discussed in the previous sections will help you to ask for a drink in a very general way. However, if you need to be more specific about the ingredients you want to add or to avoid someone putting in your beverage, you need to make some adjustments.

Talking about the ingredients you want to add to your drink

In Spanish, when we want to ask about special modifications or ingredients for our drinks, we use the following structure. Keep in mind that these modifications can be applied to all the phrases that we discussed before.

A phrase to ask for a drink + con + ingredient

¿Me das un café americano con leche y azúcar? Can I have an Americano with milk and sugar?

¿Me puedes dar una malteada de chocolate con leche deslactosada? Can I have a chocolate milkshake with lactose-free milk?

Talking about the ingredients you want to avoid in your drink

If for any reason you don’t want your drink to contain certain ingredients, you’ll need to use the following structure.

A phrase to ask for a drink + sin + ingredient

¿Me podrías dar un refresco sin hielo? Could you give me a soda without ice?

How to Order Coffee in Spanish?

The phrases explained in previous sections will help you to order a coffee, in very general terms. We also learned some structures that will help you to talk about the ingredients you want to include or avoid in your drink. But if you want to make your order more complete, you can add the size of the coffee you want:

In this case, it’s up to you how much information you need for your order. So, if for example, you want to add or avoid some ingredients in your coffee and you’ll also want to mention the size you want, you’ll need to use the following structure:

A phrase to ask for a drink + size + con + ingredient

A phrase to ask for a drink + size + sin + ingredient

¿Me das un café mediano sin azúcar? Can I have a medium coffee without sugar?

If you just want to mention the size of the coffee you want and you don’t need to add extra information, this the structure you need to use:

A phrase to ask for a drink + size

How to Order Drinks in a Bar or Restaurant?

Just as ordering a coffee, when buying a drink in a bar or restaurant there’s some extra vocabulary you could add to make your order more precise. Remember that a bar is an informal place, as a result, you can use all the phrases that we discussed before. However, a restaurant may be a formal place, therefore, it would be better for you to use:

Take Note: In Spanish, caballito is a very small cup (shot glass) that we use to drink tequila. As a result, we cannot use it when talking about other types of drinks.

¿Me das una cerveza? Can I have a beer?

¿Te podría pedir un whiskey en las rocas? May I have a whiskey on the rocks?

The following list contains some of the most common drinks that you can order in Spanish. Be aware that they can be used with the structures that we discussed before.

Remember that the difference between these phrases is their degree of formality, as a result, using one or another will depend on the place you’re having your beverage. We also learned some of the most common beverage vocabulary in Spanish. Hopefully, next time you’re feeling thirsty and need to order something in Spanish you will feel more confident. Here key points that you need to remember:

¿Me das una cerveza artesanal? Can I have a craft beer?

¿Me das tres cerveza artesanales? Can I have three craft beers?

link to Common Mexican Slang: What Does 'chido' Mean?

For many people learning Spanish, one of the most interesting topics is picking up slang expressions. If you have Mexican friends or you're planning to visit Mexico, you'll realize that understanding...