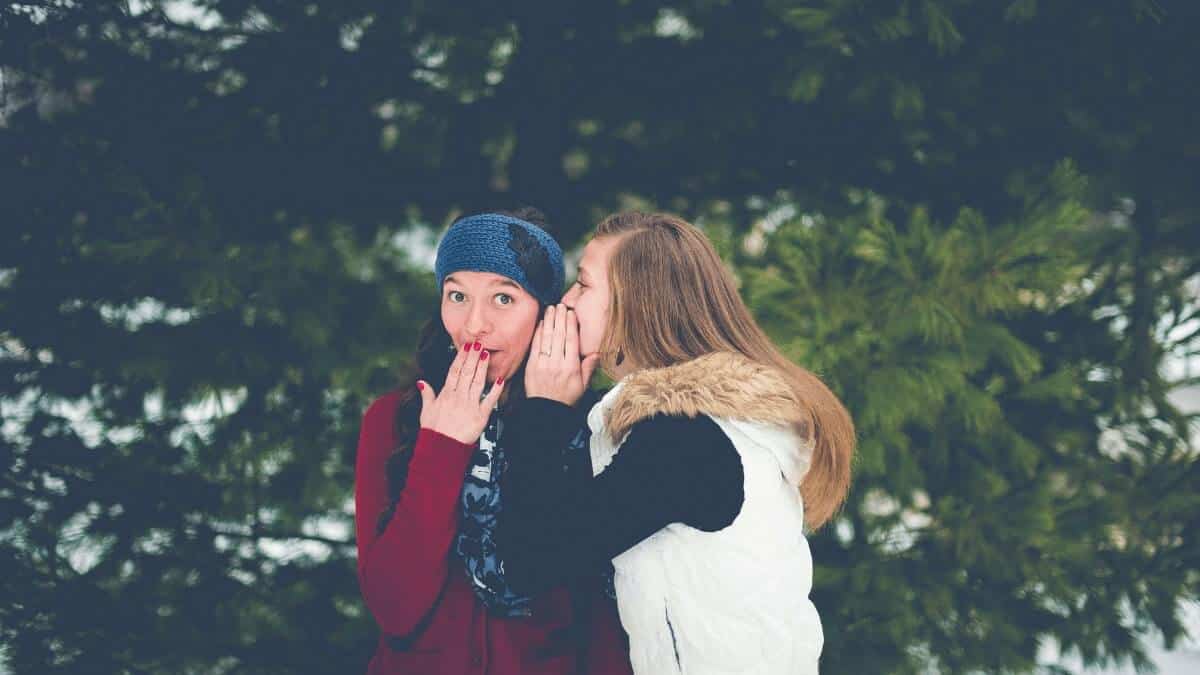 One of the most challenging parts of learning a language such as Spanish is differentiating between synonyms. This is the case of the verbs Contar, Hablar, and Decir. These are all verbs relating to speech and talking, but have different uses. Understanding the difference between these important and commonly used Spanish verbs will help your conversation to be more fluent with Spanish native speakers.

So what’s the difference between ‘Contar’, ‘Hablar’ and ‘Decir’ in Spanish? Although they are verbs used for talking and speech, they are used in different situations. Hablar is to ‘speak‘ or to ‘talk‘. Decir is to say or to tell. Contar means to ‘tell’ too but is closer to the verb ‘recount’.

There is no doubt that understanding the direct translations of these words might be helpful. However, you ‘ll need to eventually learn when and how to use them correctly. Since contar, hablar and decir are related to talking it might be confusing choosing over another. In this post, we are going to discuss in-depth the differences between contar, hablar, and decir.

By the end, you will be able to make the right choice.

Difference between ‘Contar’, ‘Hablar’ and ‘Decir’

As mentioned before, Contar, Hablar, and Decir are Spanish verbs whose meanings are related to talking or speaking. Talking and speaking are general actions. In English, if you want to be more specific you would use ‘to tell’ or ‘to say’. It’s the same in Spanish.

In Spanish, Hablar stands for ‘to speak’ or ‘to talk’. Given that ‘to speak’ and ‘to talk’ are the direct translation for Hablar, you don’t need to think too much about the context and the situation.

Decir is the direct translation for ‘to tell’ and ‘to say’. Just as in English, we use Decir when giving information to somebody else or when repeating something you or somebody else said.

Finally, Contar is also a direct translation for ‘to tell’. This is where most new Spanish speakers start to get confused. So which one should you use? Decir or Contar?

Even though both Contar and Decir are the direct translation for ‘to tell’, they’re not meant to be used interchangeably. In Spanish, Contar implies asking somebody to tell us more details about a situation or an event that occurred. Contar is close to ‘recount’ but this doesn’t mean that we are necessarily talking about a book or a story.

Let’s see how you would use one each of these Spanish verbs.

When to use ‘Contar’ in Spanish

It’s likely that you heard the Spanish verb Contar in different contexts or situations. Below, we are going to see examples of when you should use this verb.

Unlike Decir, when Spanish speakers use Contar they are asking for details, for a story or an event.

Cuéntamelo todo Tell me everything

As you can infer from the examples above, contar can be used when story-teling or when you just want to get as many details as possible from a situation. Although the gossip that your friend told you or the story of how your parents met is not in a book, it doesn’t mean they are not stories.

Could you use Decir in these examples? You could but it wouldn’t be the best option. When you replace decir with contar, instead of asking for details you are ordering this person to give you information. ‘Decir’ would be used when a parent or an authoritative figure is upset or demanding that you tell them about an event.

And since Contar has this connotation of narrating, telling or recounting a story, kids use it all the time.

Mamá, ¿me cuentas un cuento? Mom, can you tell me a story?

Take Note: Remember! When asking for a story, we don’t use Decir. If kids use Decir in this context, instead of a story, they would get a scolding.

Tell us a joke!

We also use contar when you are talking about jokes. If you think about it, a good joke is like a story. It has details and just as in the example of children asking for a story: when telling a joke, people change their voice and add some dramatic movements.

Remember, if you don’t want to sound rude and bossy don’t use Decir in this context!

When to use ‘Decir’ in Spanish

There’s no doubt that Decir and Contar are more likely to confuse you since both of them means ‘to tell’. We already saw the main difference between these two verbs above. Furthermore, we mentioned before that Decir is the direct translation for ‘to say’. Now it’s time to see when and how to use this verb.

We already established that when asking for details, we use Contar. But if you want specific information, you would use Decir.

¿Puedes decirme la hora? Can you tell me the time?

As you can see in the previous examples, Decir isn’t asking about details related to a past event or story.

When Repeating or Relaying Information

Just as in English, in Spanish, we use Decir (to say) when repeating information. Since they don’t mean ‘to say’, in this situation it would be incorrect to use Contar or Hablar.

It’s very common that when having a conversation, somebody didn’t hear or for one reason or another, you need to repeat what you or somebody else said. In these cases you would use:

Dije que te ayudaría I said I would help you

¿No dijiste que hoy llovería? Didn’t you say it would rain today?

When to use ‘Hablar’ in Spanish

Hablar is only used when translating ‘to speak’ or ‘to talk’. As a result, you cannot exchange it with Decir. Let’s see some examples of this verb, so you know better when to use it.

Just as in English you use ‘speak’ when talking about another language, in Spanish you would use Hablar.

Speaking to Other People

The verb ‘speak’ is also used when speaking to other people. And even though, in some contexts, you would use the verb ‘to talk’, in Spanish, we don’t have this type of nuances. As a result, we always use the verb ‘hablar’.

¿Puedo hablar con el director? Can I speak to the principal please?

¿Puedo hablar con el director? Can I talk to the principal please?

In some cases, ‘hablar’ can also be used as a synonym of ‘to talk’.

Hablar is also the direct translation for ‘to talk’. You would use Hablar to express that you are talking to somebody else or to talking about something. In other words, Hablar is used when talking to or about a subject.

As you noticed, when talking about something you need:

Although they may look the same, you learned that Contar, Hablar, and Decir have different meanings and, therefore, we use them in different situations. In this post, we discussed the differences between Contar, Hablar, and Decir and got familiar about when and how to use each of these verbs. If you’re still unsure about their differences, keep the following in mind.

Does to count mean Contar in Spanish? Contar also means ‘to count’. When using this meaning of Contar, it is followed by numbers or objects. Yo cuento mis vestidos.