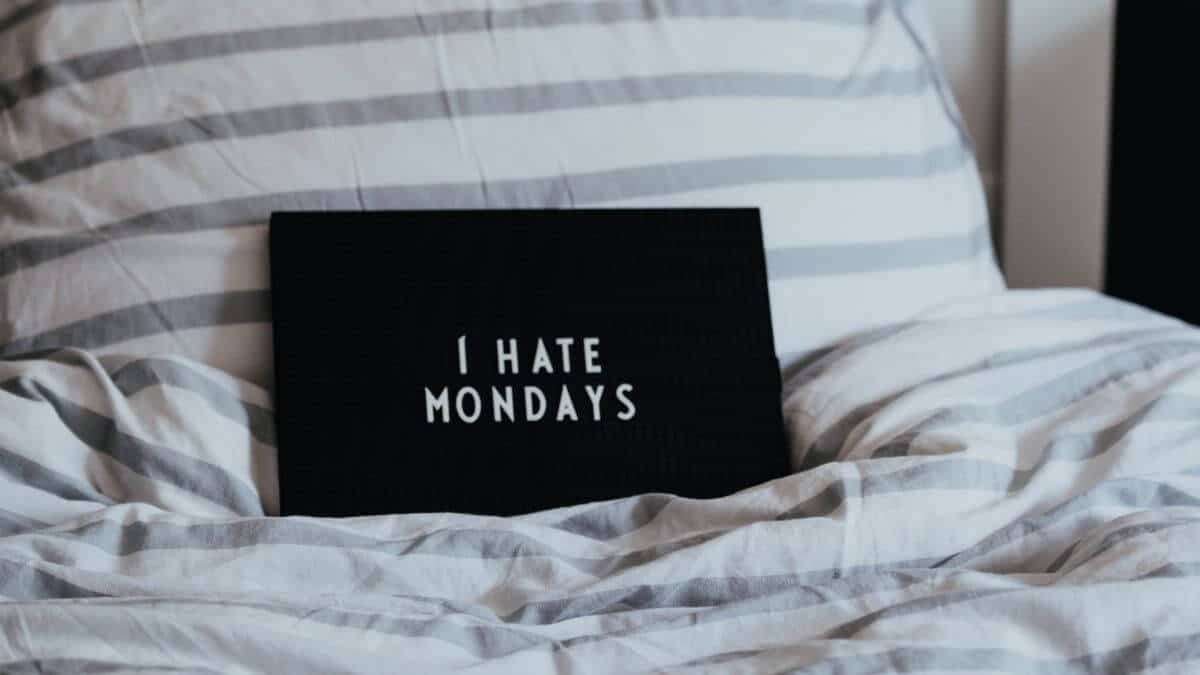 No matter if you’re a beginner or an advanced speaker, the days of the week in Spanish are one of those things that you’ll constantly use in your conversations. As a result, you need to get familiar with this topic.

Spanish days of the week:

Since the days of the week allow you to talk about dates, appointments and meetings, you need to make sure that you master this vocabulary. To help you with that, in this guide I’ll answer the most common questions that people usually ask about the days of the week in Spanish.

Additionally, I’ll include some practical examples so you learn how to use these words properly 😉

Are days of the week in Spanish masculine or feminine?

In Spanish, all days of the week are masculine and, in order to indicate their gender, we use a masculine article. Most of the time, this article will be definite (el or los), but in some contexts you might need to use an indefinite article (un-unos).

Unlike English, in Spanish, we must accompany days of the week with an article. Since they allow us to be more specific about the day that we’re talking about, usually, we’ll use definite articles. Check these examples:

[Definite article] + [day of the week]

No puedo el lunes, ¿qué te parece el martes?
I can’t on Monday, but what do you think about Tuesday?

Although it might not be very clear in the translation, these Spanish examples express that the days of the week that we’re referring to are very concrete and specific. All Saturdays my cousin comes to visit (not some, but all).

While the direct translation might sound like we’re saying “the monday” or “the saturdays”, this is how we indicate a specific Monday or Saturday, rather than any Monday or any Saturday in general.

So, in some cases, you might not want to refer to a specific day. In those situations, you’ll use an indefinite article:

[Indefinite article] + [day of the week]

Prefiero que vayamos al cine un viernes.
I rather go to the movies on a Friday.

Creo que dejé la ciudad un lunes.
I think I left the city on a Monday.

Notice in the previous examples that the intention is not to specify to which day you’re referring. You’re implying that you’re free to go to the movies any Friday or expressing that you don’t remember exactly what Monday you left the city.

Take Note: We don’t need to use an article when writing dates on papers, letters, memos, schedules and itineraries.

Do you capitalize days of the week in Spanish?

In other words, it’s treated like any other word. If the day of the week that you’re talking about is not at the start of the sentence, in Spanish it won’t be capitalized. Check the examples below.

Yo corro todos los viernes. I run every Friday.

Plural days of the week in Spanish

With the exception of sábado and domingo, all Spanish days of the week end with an ‘s’. However, this does not mean that these words are already in plural form. To pluralize the days of the week in Spanish you need to use a plural article. For ‘sábado’ and ‘domingo’, attach an ‘s’.

Given that ‘sábado’ and ‘domingo’ end with a vowel, to pluralize these words just attach an s to the end. Additionally, you’ll need to follow this structure:

Los lunes trabajo hasta las 8.
On Mondays, I work until 8.

Los domingos visito a mi familia y los viernes a mi novia.
On Sundays, I visit my family and on Fridays my girlfriend.

Knowing the days of the week in Spanish will help you write dates, but also express when a certain action is going to happen. Since these words are very useful for your daily conversations, in this article, not only did you learn the days of the week, but also different rules that you need to take into account when using them.