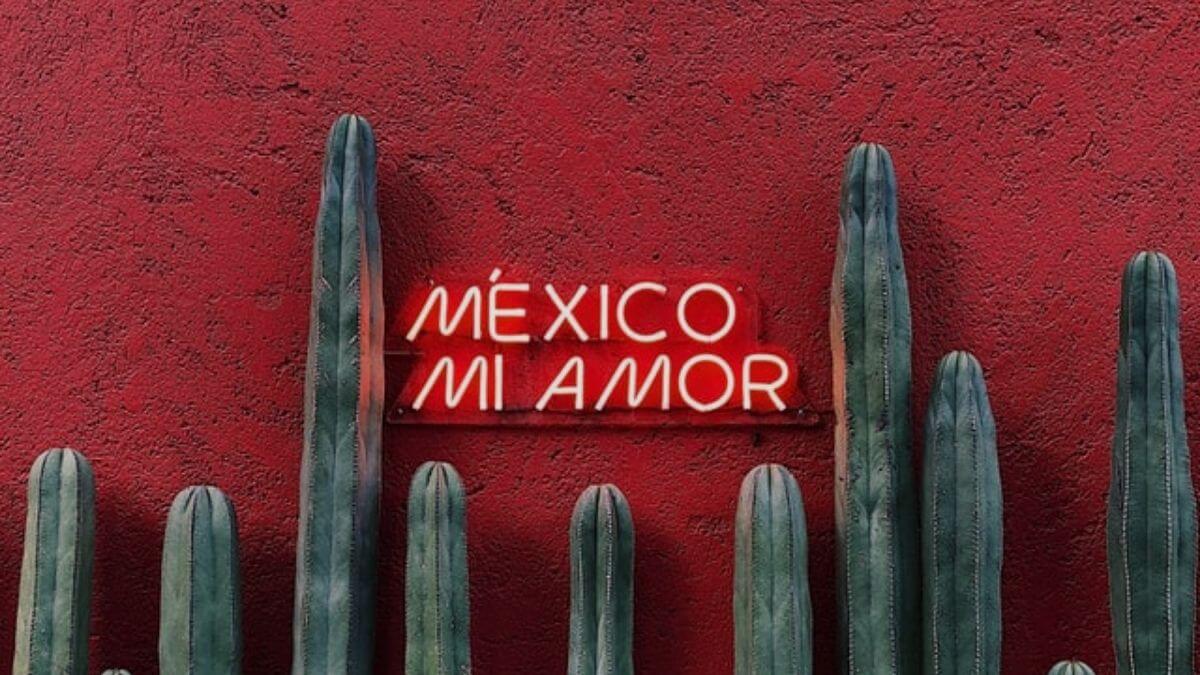 Spanish is the official language of 35 countries. Cool, huh? But, as you can imagine, this means that each country has its own particular and distinctive way of speaking. I only began thinking about this after I took a teaching position and students started asking me what were the differences between Castillian (Spain) Spanish and Mexican Spanish.

Castilian and Mexican are two Spanish dialects. Although they have a lot of similarities, the main differences between these dialects are:

Have you ever played ‘spot the difference’? Great! That’s what we’ll be doing throughout this article.

What I mean is that Mexican and Spain Spanish are very similar, but there are some distinctions that you need to be aware of. So, in this article, I’ll teach you what those differences are.

In addition to descriptions, I’ll make sure to include some real-life examples so you can see these characteristics by yourself. By the end of it, you’ll be able to spot the differences between Mexican Spanish vs Spain Spanish as a pro!

Take Note: The formal term for the Spanish dialect used in Spain is called Castilian Spanish. So in this article whenever I mention either ‘Spain Spanish’ or ‘Castilian Spanish’, keep in mind that they are one and the same, completely interchangeable.

In Castilian Spanish, the pronunciation of these syllables is very close to the English sound ‘th’. In Mexico, however, we have something called seseo which is a fancy way of saying that we pronounce these syllables with an ‘s’ sound.

The fact that we don’t make this distinction doesn’t mean that we don’t know how to speak our own language. It’s just simply that we never developed that sound and that’s the way it works here. As a result, Latin American speakers are able to identify a Spaniard based on this pronunciation.

Just like the English accent changes depending on where you are, the Spanish spoken in Mexico and Spain have different rhythm, cadence and speed. So, our accents are also slightly different.

Take Note: Each Spanish-speaking country has its own particular and distinctive accent. A Cuban speaker sounds very different from a speaker from Mexico, Argentina, or Spain. Want to give it a try? This test will tell you how good you’re telling Spanish accents apart 😉

Let’s talk about the elephant in the room, shall we? As you may have already heard, one of the biggest differences between Mexico and Castilian Spanish is the vocabulary. Sorry to say it, but yes, the words that we use here in Mexico aren’t always used in Spain.

So, Daniela, how the heck am I supposed to understand other speakers? Good question! Don’t get me wrong, we do have different vocabulary, but we’re still able to understand each other. In fact, it’s estimated that we Spanish speakers share 90% of the same vocabulary, so, it’s just 10% of our words are different.

You see? Nothing to be worried about. We may not use the same words all the time, but we’re still able to understand and talk to each other.

Now, the difference in our vocabulary is very noticeable with slang words, but it’s also noticeable in formal contexts. Just to give you a quick idea, below is a table with different words that we use in Spain and Mexico.

¿Me prestas tu pluma?
Can I borrow your pen?

Ya no uso lentes.
I don’t use glasses anymore.

¿Me prestas tu bolígrafo?
Can I borrow your pen?

Ya no uso gafas.
I don’t use glasses anymore.

Although you may be concerned about this, I promise you it’s not a big deal. Even if we use a different term, the context gives us a pretty good idea of what that means 😉

Take Note: Mexican Spanish is highly influenced by nahuatl words (indigenous language), so we certainly have some terms that you won’t find in Spain.

3. Usage of past tenses

However, for that same situation (talking about actions that were recently finished), Mexican Spanish uses the preterite tense instead. Let’s see some examples so you understand what I mean:

Vi a Miguel en la tienda.
I saw Miguel in the store.

Yo no hice nada, fue Gabriela.
I didn’t do anything, it was Gabriela.

Te marqué está mañana, ¿por qué no me contestaste?
I called you this morning, why didn’t you pick up?

He visto a Miguel en la tienda.
I saw Miguel in the store.

Que no he hecho nada, fue Gabriela.
I haven’t done anything, it was Gabriela.

Te he llamado esta mañana, ¿por qué no me has atendido?
I called you this morning, why didn’t you pick up?

The way Spain uses present perfect is not only different from Mexico, but also from other Latin American Spanish speaking countries. This doesn’t mean that we don’t use present perfect at all, we just don’t use it in that context.

A lot of students learn vosotros as part of their Spanish program and this is good if you’re planning to go to Spain. But, if you’re focusing on Mexican Spanish, then, you need to leave ‘vosotros’ aside and use ustedes.

Both words are used to address a plural group of people, but to do so, Spaniards use ‘vosotros’ while in Mexico we simply use ‘ustedes’. In this case, it’s not only about choosing the pronoun that you like the most, you also need to make sure to conjugate accordingly:

Mexican Spanish speakers are aware of vosotros because we may have seen it in old movies, books, or Castillian tv shows, but aside from that, we don’t use this pronoun (or its conjugations) at all.

When it comes to this topic, a lot of people have asked me before if they need to learn ‘vosotros’ or not. My advice is that you have to determine where you’re going to apply your Spanish.

If you’re going to be in Europe, then, yes, you should learn it. But if you’re mostly going to speak in Mexico or Latin America, then, don’t waste brainpower learning ‘vosotros’ because you’re not going to use it here… unless you want to sound like the Spanish version of Shakespeare’s cousin.

Although this is very common in Spain, leísmo is incorrect and you should try to avoid it as much as possible. Check these examples:

Take Note: Leísmo has become a common phenomenon in Spain. That’s why the Royal Spanish Academy decided that it’s only correct to use ‘le’ instead of ‘lo’. Other pronouns aren’t accepted. This is only applicable to Castilian Spanish.

The other day I was doing research about the best movies to learn Spanish when I realized that Spaniards use the word que as a way to emphasize or intensify their statements. You may not learn this at school because it’s only applied to conversations. I know I didn’t learn this in the 5 years of my major.

So, the word que introduces the statement or action that you want to emphasize. Since its only purpose is to create emphasis, if we remove this word, the meaning of the sentence is not affected. In this case, ‘que’ doesn’t have a direct translation into English.

Que me vas a meter en problemas, tío.
You’re going to get me into trouble, dude.

No se preocupe, que no quiero causarle molestias.
Don’t worry, I don’t want to cause any trouble.

Do we do this in Mexico? Yes, but slightly different. In Mexican Spanish, we use the word ‘que’ as a way to affirm and repeat something that we already said before. So, in this case, the word ‘que’ can imply some frustration or impatience because we’re repeating ourselves.

Check this other example:

Here is how it works. In these examples, you’ve already told your friend that you weren’t able to help him or that you haven’t watched the movie. Since he asked the same question again, you can use que to repeat and reaffirm what you’ve already said before 😉

When it comes to deciding what type of Spanish you should learn, you need to take into account the context where you’re going to use this language. Although speakers from different countries are able to understand and communicate with each other, there are some important differences that you need to know.

For that reason, in this article, we cover some of the most distinguishing characteristics of Mexican and Castilian Spanish. Here are some quick key points to remember:

Both Mexican and Castilian Spanish are two forms of Spanish. This doesn’t mean that they’re two different languages or that the speakers are not able to understand each other. It just means that each dialect has its own characteristics.

Hopefully, now you have a better idea of what the differences between Mexican and Spanish are! Buena suerte 😉

A Guide to Spanish Present Perfect | Uses, Rules & Examples: Present perfect is also an important past tense that you should get familiar with. In this article, you can learn more about its uses, conjugations, and rules.

5 Situations When You Need to Use Preterite in Spanish: Each Spanish past tense has its own rules and purposes. In this article, you’ll find all the information you need to start using the preterite tense.