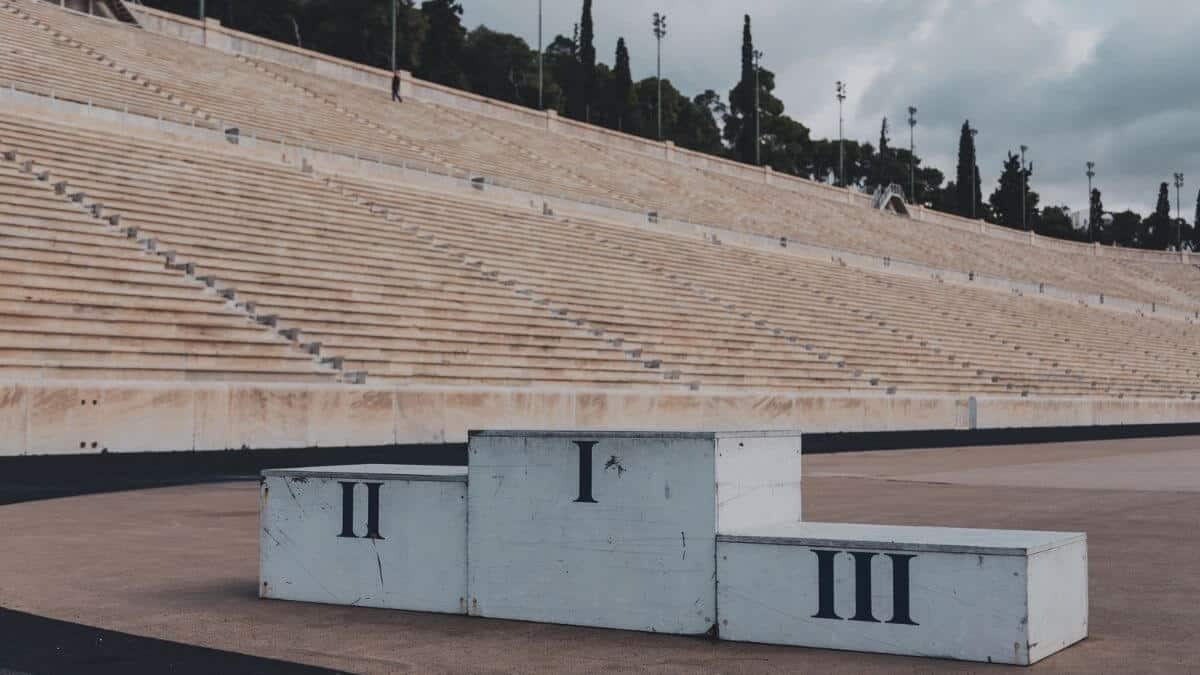 In this short guide, we will cover the following topics for ‘competir’ in Spanish:

What does ‘Competir’ mean?

Definition – ‘Competir’ means to compete. As a result, this verb is used to express that two parties strive or contend to obtain the same goal or when they possess similar or same qualities. It also expresses that a person takes part in a competition.

Here are some of the most common meanings of ‘competir’ in Spanish:

In Spanish, competir is mostly irregular. This means that, depending on the tense and the subject that is being conjugated, competir will have some small changes in the spelling that help us keep a consistent pronunciation. However, these irregularities are not applied to:

Take Note: When conjugating competir in Spanish is important to pay attention to the spelling changes ‘e’ → ‘i’. If you forget to follow these changes, the meaning of the verb will change to competer which means to ‘be responsible of’.

Below there are some conjugation charts and descriptions that will help you understand how to conjugate competir in Spanish.

To conjugate ‘competir’ in the preterite tense, we use the irregular stem compit for most of the subjects. Note that nosotros and vosotros don’t have these spelling changes, as a result, we’ll use the stem ‘compet’ when conjugating these subjects.

To conjugate the verb ‘competir’ in the imperfect tense, you need to remove the -IR ending and add the proper ending to the stem compet.

For the future tense, use the verb in the infinitive form and simply add the corresponding endings for each person. In other words, these endings will be attached to competir. Check the conjugation table below.

Just like in future, to conjugate competir in the conditional tense, you’ll add the proper endings to the verb in infinitive form.

Mañana estaremos compitiendo contra ellas
Tomorrow will be competing against them

Todavía no han competido
They haven’t competed yet

¿Contra quién habéis competido?
Who have you competed against?

For the present subjunctive and imperfect subjunctive, competir is completely irregular. This means that you’ll use the stem compit for all subjects. Make sure to add the endings underlined on the following conjugation charts.

Take Note: Remember that to build negative commands in Spanish, you need to use the present subjunctive conjugation and add the word No before the verb.

No compitas con otros autos en la carretera, puedes chocar.
Do not compete with other cars on the road, you may crash.

How to Use ‘Competir’ in Spanish with Examples

There are two main uses of competir in Spanish.

In the following sections I’ll provide you with some examples and short descriptions of how to use competir in Spanish. Additionally, I’ll include some phrase structures that you can follow to start building your own sentences.

Expressing that two parties contend for the same goal

In Spanish, ‘competir’ is the direct translation of ‘to compete’. This means that we use this verb to express that two parties are in a position to be competing or being compared against others. Here are some examples:

If you want to provide details about the party or thing that you’re competing against, you can use the following phrase structure:

Los defensas no compitieron contra la velocidad del delantero.
The defenders did not compete against the striker’s speed.

Describing that someone takes part in a competition

Competir can also be used in Spanish to describe that a person or group of people participate in tournaments, categories, competitions or locations. Therefore, in this context, competir can be translated as ‘to compete’ or ‘to take part’.

In this case, you can use the following phrase structure. Notice that the noun can be replaced with the name of the competition or the location that you’re referring to.

No competí en Tokio, competí en China.
I didn’t compete on Tokyo, I competed in China.

Synonyms of ‘Competir’ in Spanish

Concursar: Translated as ‘to contest’, this verb in Spanish can be used instead of ‘competir’ when talking about competitions or contests.

Contender: This verb means to fight or confront each other in order to impose one’s will or achieve something. It is directly translated as ‘to contend’.

Disputar: In Spanish, this verb can be used when talking about competing against someone or when arguing with someone. Disputar is a slightly more formal variation of ‘competir’. It is translated as ‘to dispute’ or ‘to argue’.

Participar: Participar can be a synonym of ‘competir’ when expressing that a person is taking part in a competition. It can be translated as ‘to participate’ or ‘to take part’.