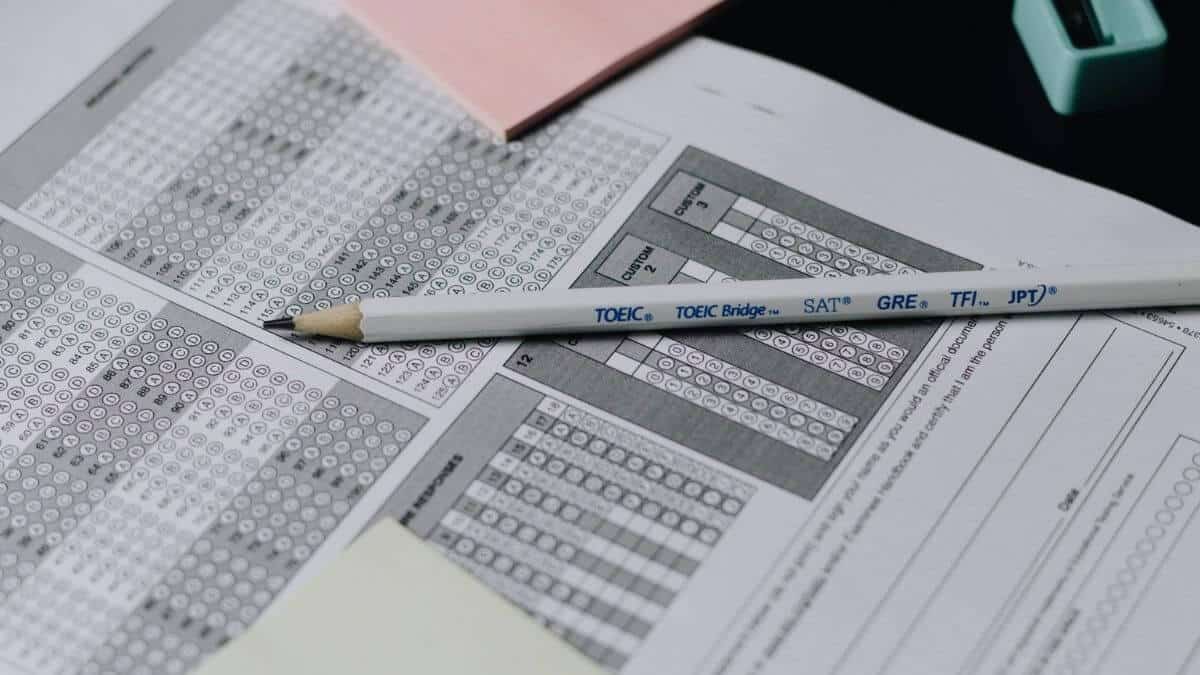 In this short guide, we will cover the following topics for ‘contestar’ in Spanish:

What does ‘Contestar’ mean?

Definition – ‘Contestar’ means ‘to answer’ or ‘to respond’ to a question, demand or statement that another person made. In other contexts, contestar describes that someone replied to another person in a bad or disrespectful way.

In Spanish, ‘contestar’ has two main uses. Notice that, depending on the context that is being used, this word might have slightly different translations:

In Spanish, ‘contestar’ is a regular verb. As a result, once you have obtained the stem by deleting the -AR ending of the verb (contest-), you’ll add the respective tense endings. Be aware that both future and conditional tenses don’t work with a stem, but rather with the verb in its infinitive form (contestar), so there’s no need to remove the -AR ending.

In the conjugation charts below you can check the corresponding endings for each tense and subject.

Remember that, in order to conjugate both the conditional and future tenses, you’ll keep the infinitive form ‘contestar’. After that, the next step is to add the endings according to each pronoun and tense.

No hemos contestado la encuesta que nos mandaste.
We haven’t answered the survey that you sent us.

Espero que hayas contestado el teléfono.
I hope that you had answered the phone.

Si hubieras contestado todas las preguntas, no habría reprobado el examen.
If you had answered all the questions, you wouldn’t have failed the test.

Notice that the imperative form also works with the regular stem ‘contest’. Remember that each subject has a different ending that you can see underlined in the table below.

Take Note: When using the negative imperative in Spanish, remember to use the present subjunctive conjugations and like most negative sentences, add the word No before the verb.

No contesten el teléfono, no sabemos quién es.
Do not answer the phone, we don’t know who that is.

How to Use ‘Contestar’ in Spanish with Examples

There is one main use of the verb ‘contestar’ in Spanish:

In the next sections, I’ll show you how to use the verb ‘contestar’ in Spanish. In addition to explaining its meanings, I’ll also provide you with examples and phrase structures that you can use to apply this verb correctly.

To say ‘to answer’

Translated as ‘to answer’ or ‘to respond’, contestar is used to express that someone answers, responds or replies to a question, statement or request. Notice that, depending on the elements that you’re working with, you might use one of the following phrase structures:

Si hubiera contestado esa pregunta, habría aprobado el examen.
If I had answered that question, I would have approved the exam.

If instead, you want to emphasize to whom you’re responding to, you’ll need to use the following structure. Notice that the preposition ‘a’ introduces the person that you’re referring to. Of course, this information can be omitted if it’s already clear:

Contéstale a Karla, te está llamando.
Answer Karla, she is calling you.

Carlos no me contesta, creo que sigue molesto.
Carlos is not answering me, I think he’s still mad.

No le he contestado a María, en unos minutos le respondo.
I haven’t responded to Maria, I’ll respond to her in a few minutes.

Take Note: Given that it’s the direct translation of ‘to answer’, in Spanish, we also use contestar when referring to answering the phone. In this case, this verb can be translated either as ‘to pick up’ or ‘to answer’.

No conozco ese número, no contestaré.
I don’t know this number, I won’t pick it up.

Express that someone reply in a bad way

Another common use of the verb ‘contestar’ is to describe that someone is answering or replying to another person in a very bad or disrespectful way. In this context, ‘contestar’ means ‘to answer’, ‘to answer back’ or ‘to talk back’ and you usually follow the same structure for this meaning:

¡A mí no me contestes así!
Do not answer me that way!

Julieta le contestaba a su mamá todo el tiempo.
Julieta talked back to her mom all the time.

¡Qué groseros son esos niños! Siempre le contestan a la maestra.
How rude those kids are! They’re always talking back to the teacher.

Take Note: Notice that in examples #2 and #3 we use the preposition ‘a’ to introduce the person that the subject is talking back to. We do this either if we want to emphasize our sentence or if this information wasn’t clear for all people involved in the conversation.

There are expressions in Spanish that you can use to gain a deeper knowledge and understanding of how and when to use contestar in your daily conversations.  By doing this, you’ll improve your communication skills, and you will increase your vocabulary.

Contestar miradas: This phrase is used when two people “communicate with looks” and not with words. It can be translated as ‘answer with a look’ or ‘answer with your eyes’.

Contestar con evasivas: Translated as ‘to hedge’ or ‘to deflect’ in Spanish, this expression is used when a person answers evasively or avoids the main point of a conversation.

Contestar al aire: This expression is used when someone gives an answer without actually knowing what they are saying or with indifference. It can be translated as ’to answer randomly’.

Synonyms of ‘Contestar’ in Spanish

Responder: It means ‘to respond’. As a result, in Spanish, this verb can also be used instead of ‘contestar’ when talking about answering a question or reacting to an action performed by others.

Replicar: In a more formal contest, this verb also means to say something in response to something someone has said. It’s the direct translation is ‘to replicate’, but in this context, it is translated as ‘to reply’.