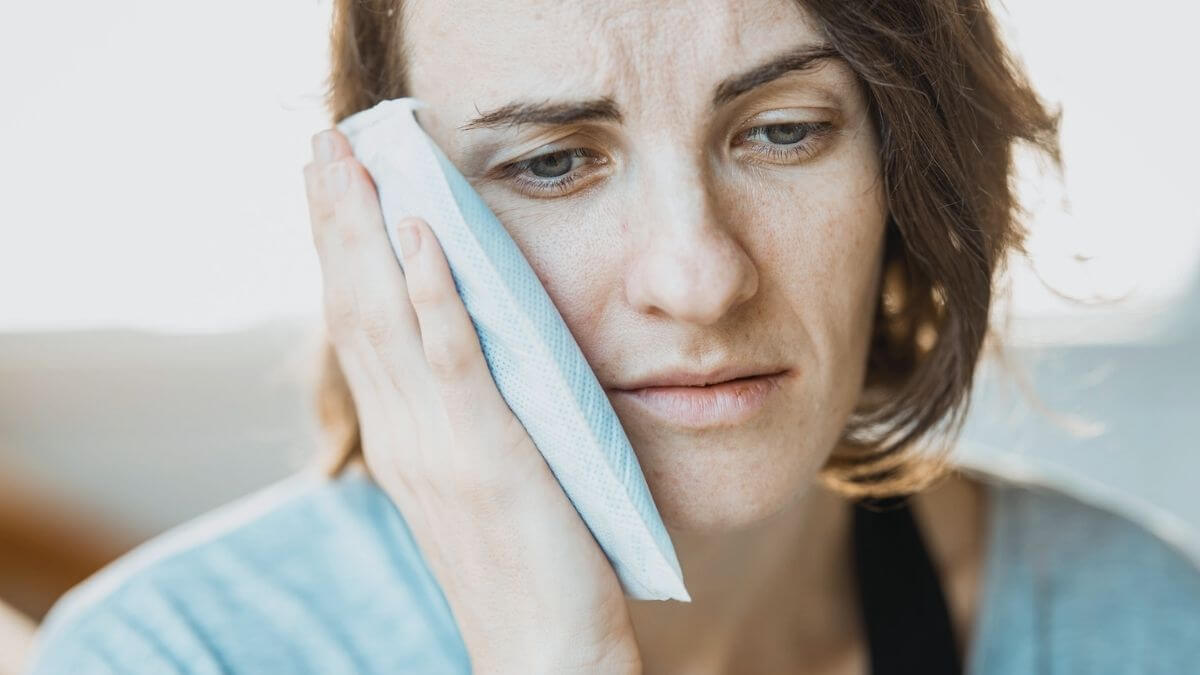 In this short guide, we will cover the following topics for ‘Doler’ in Spanish:

In Spanish, ‘doler’ is a verb that expresses physical and emotional pain. As a result, it can be translated as ‘to hurt’ or ‘to ache’.

‘Doler’ is a verb with spelling changes. This means that the ‘o’ in the stem ‘dol’ will change to ‘ue’ (‘duel’) for some of the tenses and subjects.

How do you conjugate the verb doler in Spanish?

The conjugation of ‘doler’ depends on the thing that causes the pain or the place where the person is experiencing the pain. As a result, all the conjugations will be in the third person singular or plural. As a pronominal verb, ‘doler’ works with indirect pronouns to point out who is in pain.

Nos duele que estés triste.
It hurts us that you are sad.

Hace mucho que no me dolía la garganta.
My throat hasn’t hurt in a long time.

If you check the examples above, you’ll notice that the verb is conjugated based on the thing that hurts. So, since rodillas is a plural object, doler needs to follow a plural conjugation.

To conjugate ‘doler’ to the present tense, you’ll need to use the regular stem ‘duel’. Overall, these are the two conjugations that you need for this tense.

Since ‘doler’ is a regular verb in the future tense, to conjugate it to this tense, you’ll simply add the third person singular and plural endings to the verb in the infinitive form.

To conjugate ‘doler’ to the conditional tense, you’ll work with the verb in its infinitive form. So, you just need to add the third person singular or plural endings to this verb.

Me está doliendo el brazo.
My arm is hurting.

Nunca me había dolido tanto una ruptura.
A breakup had never hurt me so much.

Si te hubieran puesto anestesia, no te habría dolido.
If they had put you under anesthesia, it wouldn’t have hurt.

Notice that, in the subjunctive mood, ‘doler’ is irregular. This means that you’ll work with the stem ‘duel’.

The verb ‘doler’ is practically never conjugated to the imperative form as it would sound a little off. Think about it, you cannot order someone to feel pain…

How to Use ‘Doler’ in Spanish with Examples

In Spanish, the verb ‘doler’ is used to talk about things that produce pain, so there are a lot of contexts where it can be applied. Below are some examples and more in-depth explanations of how to use this verb.

As mentioned at the beginning of this article, ‘doler’ expresses physical and emotional pain. As a result, it can be used to talk about regrets, being offended and feeling sad, among other things. It can be translated as ‘to hurt’ or ‘to ache’.

¿Te dolió mucho?
Did it hurt a lot?

Me duele que tengas que irte.
It hurts me that you have to go.

Me duele mucho no haberme despedido de mi abuela.
It hurts me a lot not to have said goodbye to my grandmother.

Take Note: Doler en el alma is an expression that describes a profound emotional pain. So, you can use it when you need to describe a lot of pain. ‘Doler en el alma’ is close in meaning to ‘to hurt one’s heart’ or ‘to break one’s heart’.

As mentioned before, ‘doler’ is a verb that describes someone’s experience of physical or emotional pain, so it’s used to refer to a sense of discomfort and ache.

Duele mucho.
It hurts a lot.

Del uno al diez, ¿cuánto te duele?
From one to ten, how much does it hurt?

The verb ‘herir’ refers to the action of causing pain or damage to someone else. When talking about physical harm, it’s a synonym of ‘to injure’ or ‘to wound’. But when talking about emotional damage, it can be translated as ‘to hurt’. Sometimes it needs direct object pronouns, unlike ‘doler’ which uses indirect pronouns.

Tus palabras me hirieron.
Your words hurt me.

Synonyms of ‘Doler’ in Spanish

Molestar is a verb often used to talk about physical pain and being offended. It can be translated as ‘to bother’, ‘to hurt’ and ‘to take offense’.

Lastimar also translates as ‘to hurt’ and can be used in the same contexts as ‘doler’.