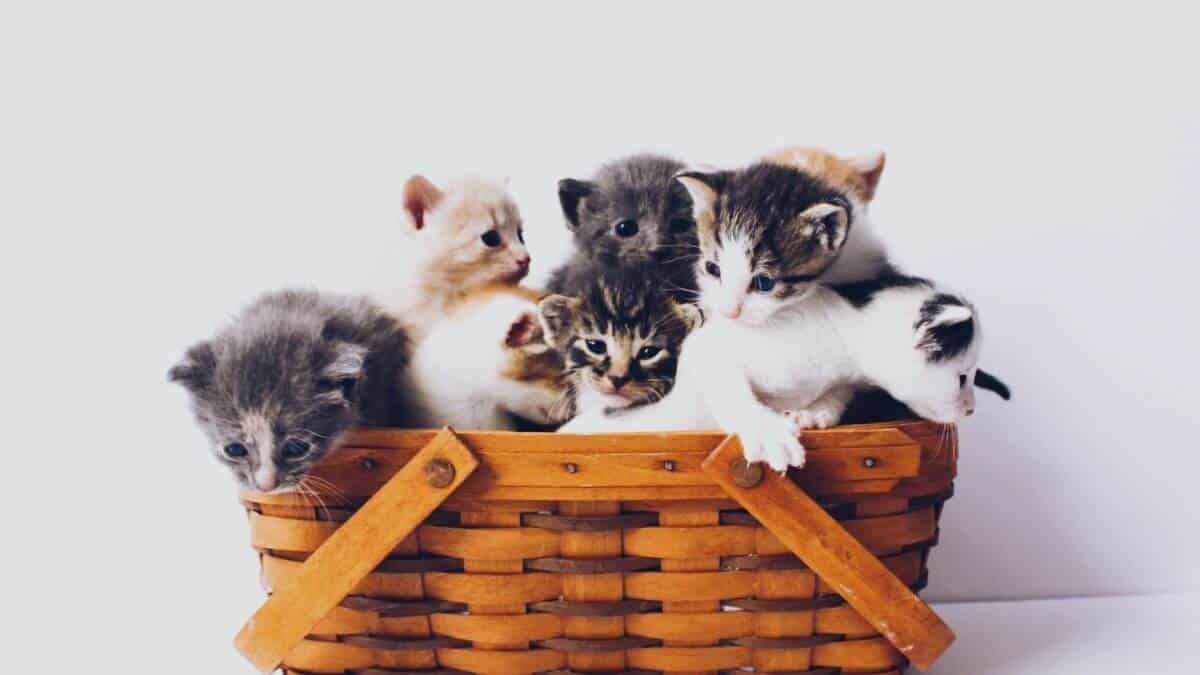 When learning vocabulary for animals, most Spanish speakers know that gato is the direct translation of ‘cat’. But they may find themselves in a situation where they want to improve their Spanish vocabulary and have different words to refer to their pets. As a result, they may wonder how to say ‘cat’ in Spanish.

Depending on the context’s degree of formality as well as the Spanish speaking country, here are some common words to say ‘cat’ in Spanish:

All of these terms are different ways to say ‘cat’ in Spanish. However, some of these terms are only suitable for casual conversations or used in a few Spanish speaking countries. For that reason, in the following sections, you’ll find a description of how and when to use each of these terms.

By the end of this, you will increase your Spanish vocabulary by having different terms to say ‘cat’ as well as be able to describe your affection towards your cat.

As you may know, gato is the most standard way to say ‘cat’ in Spanish. As a result, you will be able to use this word in all Spanish speaking countries. Something that you need to keep in mind is that, even though in English ‘cat’ refers to both male and female cats, in Spanish, you will need to choose between gato and gata.

Take Note: In Spanish, gato and gata can also be used as pejorative adjectives when referring to people. In this case, these words are used to refer to a servant or to express that someone is too tacky or ordinary.

Gatito and gatita are also standard terms that you can use to say ‘cat’ in Spanish. Usually, ‘gatito’ and ‘gatita’ are the words that we use to refer to kittens. However, they are also used as an affectionate word to refer to cats of all sizes.

As a result, depending on the context, ‘gatito’ and ‘gatita’ can be translated as ‘kitty’, ‘cat’ or ‘kitten’. Be aware that in this case, you will also use ‘gatito’ for male cats and ‘gatita’ for females.

¡Qué bonita gatita tienes!
You have such a pretty kitten!

¿Ya viste que chiquito está ese gatito?
Did you see how small that kitty is?

Minino and minina are other Spanish words that you can use to say ‘cat’. Although they are still very popular, these words are slightly more informal and cutesy than ‘gato’ and ‘gatito’. ‘Minino’ and ‘minina’ are very affectionate terms. These words can be translated as ‘kitty’, ‘cat’ or ‘kitty cat’.

Señora, tiene que llevar a su minino al veterinario
Ms, you have to take your cat to the vet

Nowadays, in Mexico, michi has become the most popular informal word that people use to say ‘cat’. ‘Michi’ is very affectionate and it’s quite popular on social media where you can see it on shared content related to cats. However, you can also use this word in your real-life conversations.

Unlike other words in this list, ‘michi’ can be applied for both female, male and baby cats. On top of being popular in Mexico, ‘michi’ is also known in Peru and, in other Spanish speaking countries, you can find the following variations:

¿Has visto al michi?
Have you seen the cat?

If you want a funny and informal way to say ‘cat’, you can use the word micifuz. This colloquial term can either be used as a way to name your pets, but also as a way to refer or talk to cats whose name you don’t know.

‘Micifuz’ is well known in Spanish speaking countries, however, it’s only suitable for informal conversations. Depending on the context, ‘micifuz’ can be translated as ‘cat’ or ‘kitty’.

¿Ya viste lo que está haciendo micifuz?
Did you already see what the cat is doing?

¿Micifuz todavía tiene comida o traigo más?
Does the cat still have food or should I bring more?

Take Note: Micifuz is the name of a cat in a famous Spanish poem. As a result, this word can be used as a playful way to call your cat even if he already has a name. ‘Micifuz’ can be used both for female and male cats.

Morrongo may not be as popular as other words from this list, but it is still an informal term that Spanish speakers use to say ‘cat’. As a synonym of ‘cat’, morrongo is mainly used in Mexico and Argentina. You can use this word either to refer to kittens or grown-up cats.

Mamá, ¿sabes dónde está el morrongo?
Mom, do you know where the cat is?

Mira, los juguetes que le compré al morrongo
Look at the toys that I bought for the cat

Take Note: As a slang term, ‘morrongo’ can change its meaning depending on the context or the place you are in. In Colombia and Spain, this word can be used to describe a lazy or slow person. In Mexico, it can also be used to refer to a butcher’s assistant.

In Dominican Republic, miso is an informal term that means ‘cat’. As a result, you can use this word in casual conversations as a different and original way to say ‘cat’. Just like other words from this list, you can use ‘miso’ as a way to call your pet or cats in general.

¿Cuántos misos tienes?
How many cats do you have?

Abuela, ¿puedo jugar con el miso?
Grandma, can I play with the cat?

Spanish speakers have different terms to refer to their beloved cats. That’s why in this article we showed you 7 common words that you can use to say ‘cat’ in Spanish. Although these words are not names, they are still useful to talk about your cat or someone else’s.

Now, you can use your knowledge of Spanish to show Micifuz your affection.