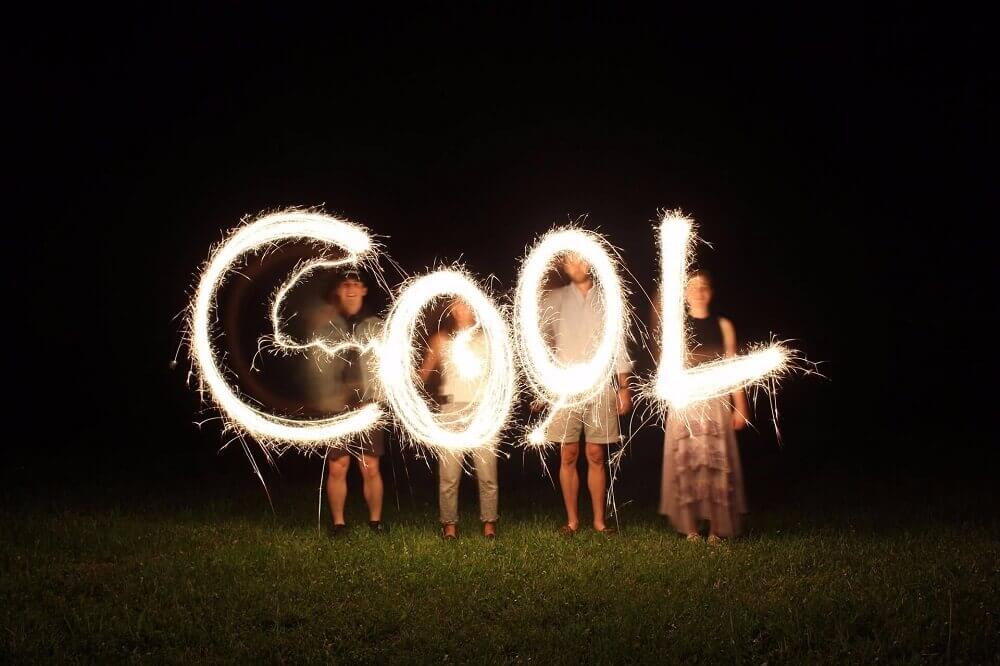 For many people learning Spanish, one of the most interesting topics is picking up slang expressions. If you have Mexican friends or you’re planning to visit Mexico, you’ll realize that understanding the meaning of ‘chido’ and how to use it, is a must.

So, what does ‘chido’ mean in Spanish? According to the Royal Spanish Academy, Chido is an adjective that describes something or someone is good, nice, cool or beautiful. But Mexicans also use it to agree, to thank, to say that a person is good-looking, as a translation of ‘how cool’ and to show displeasure.

If you’ve ever watched a Mexican show, it’s very likely that you’ve heard this word used, and probably in more than just one context. As a native speaker, I can tell you that this word is very important and frequently used in informal conversations.

So if you want to surprise your Mexican friends or you just want to improve your Spanish, keep reading so you know when and how to use this word. By the end of this post, your Spanish will be ‘más chido’ ;).

‘Chido’ in Mexico – When and How to Use It

As mentioned above, Chido describes that an object, situation or a person is nice, cool, beautiful or hot (attractive, if talking about a girl). However, it can be a little more confusing than that. In a verbal conversation, young Mexicans use this word to show agreement, to thank or to express displeasure.

As you can see, Chido is a very robust adjective. And by robust, I mean that it has many meanings depending on the situation and the verbs you use with it. Before going any further, you should keep in mind that this is a Mexican word and even if other Spanish countries understand it, it isn’t used in their cultures or language. It is exclusive to Mexican vocabulary.

Now you are ready to see this word in action.

Using Chido to describe a person, object or situation

So far we know that when describing a person, object or situation, Chido works as an adjective. This means it needs to be accompanied by a verb. It would be used in a manner like this:

Expressing That a Person is ‘Nice’ or ‘Cool‘

In Mexico we use Chido to describe that people are nice and to do so, we use the following structure.

Expressing That an Object or Situation is ‘nice’, ‘good’ or ‘cool‘

So now that you know how to use Chido to describe a person, let’s see the way you would use it for objects and situations. Pay attention to the structure because there is a slight change.

Tus zapatos están muy chidos Your shoes are so cool

Chido with Ser or Estar: Are they Nice or Hot?

Wait… so why do we use Ser for some situations and Estar for other ones? Oh, the eternal struggle between Ser and Estar. No doubt that these Spanish verbs can be a real headache.

So let’s try to keep it simple. Here are the general rules to follow for using ‘ser’ or ‘estar’ with chido.

Remember that the essence or nature is unlikely to change. In other words, there’s a permanence or immutability to it. Therefore, we use ser. Talking about conditions or situations, however, are almost always subject to change and hence we will use ‘estar’ [conjugated] + ‘chido’. When using Chido we are able to see the big difference between these two verbs.

When using estar + chido you are describing that a person is beautiful or hot. And we use Estar because that physical beauty doesn’t last forever. The same thing applies when describing a situation or an object. The weather can be nice today, but tomorrow, who knows?

If you are a little bit confused, just keep in mind that chido and estar work together when saying that a situation/object is cool or nice, and to say that a girl is beautiful.

There’s no doubt that using the Spanish verbs ser and estar is a challenging topic that can lead you to make some mistakes. If you want to avoid these awkward situations, you should learn how to use them correctly. In this article, you’ll find out how to use ‘ser’. However, if you just want to learn more about ‘estar’, this post is perfect for you.

Take Note: Although the Royal Spanish Academy says that chido is used to say that somebody is beautiful, the truth is that it’s closer to hot, in terms of physical attractiveness. Boys use it with this intention more than girls.

Like I said before, chido is a chameleon of a word. We use it in multiple situations, with its meaning changing on a whim. We already saw how to use it when describing a person, situation or an object. Now it’s time to see another practical use for it.

In these cases you don’t have verbs or other words to help you understand the meaning, it’s just a matter of context and intention.

It’s very common among Mexican people to use Chido in these types of situations. To an outsider, it may be difficult to interpret initially. The best way to understand the meaning is through signals including:

¡Qué chido! is an expression that you might have heard before. The direct English translation is how cool or that’s cool and luckily you don’t think about how the context could change its meaning. We use it to express a positive opinion about the situation.

¡Qué chido que vas a Francia! How cool that you are going to France!

¡Qué chido que ya es verano! It’s summertime, how cool is that?

If you want to improve your vocabulary, don’t put all your eggs in one basket. As we say, chido is a very useful word, but in Mexico, we have more phrases you can use to substitute chido with. So here we have some equivalent phrases you can use:

1. Está padre – Although this phrase is slang too, you can use it with older people or if you are not very close to them. Use it to describe a cool or nice object or situation.

2. ¡Qué padre! – It’s like ¡Qué chido! and even if it’s informal you can use it if you are not very close to the person you are talking to.

3. Es buena onda – The direct translation would be cool or nice. Use it only to describe people.

4. ¡Qué buena onda! – It means that’s cool. It expresses a positive opinion about the situation.

¿Te vas de viaje? ¡Qué buena onda! Are you going on a trip? That’s so cool!

How to say ‘Chido’ in other Spanish Speaking Countries

As mentioned before, chido is a Mexican adjective and even if other Spanish speaking countries might be able to understand you, they don’t use this word in their conversations. Below are the expressions that other countries use. As far as I know, these phrases are used to describe something or somebody cool or nice.

In this article, you learned what Chido means and how to use it like a Mexican! To further increase your slang vocabulary, we discussed similar phrases that you can employ in conversation. It’s up to you which one you want to use, but if you decide you want to practice with Chido just remember this:

What does Qué chulo mean in Spanish? Qué chulo or Qué chula is an expression that means ‘What a cutie’. It can be used either for people, pets or objects.

What does Qué chafa mean in Spanish? Qué chafa is an expression that it could be either used to express that something has poor quality or as the translations of ‘How crappy!’

Just as ‘chido’, ‘chafa’ is another common Mexican slang word that will help you improve your slang vocabulary and talk more fluently with your friends. In this article, you’ll learn how and when to use it.

link to ¡Qué Padre! - What Does ‘Padre’ Mean in Mexican Slang

Padre is one of the most popular words in colloquial Mexican Spanish. Since ‘padre’ is the direct translation of ‘father’, many new and experienced Spanish learners may get confused by the...

Continue Reading
link to Gacho - Translation and Meaning in English

'Gacho' is the opposite of the Mexican slang word 'chido'. As a result, depending on the context, this word could mean 'awful', 'bad', 'ugly' or 'mean'. What does 'Gacho' mean? Translation...