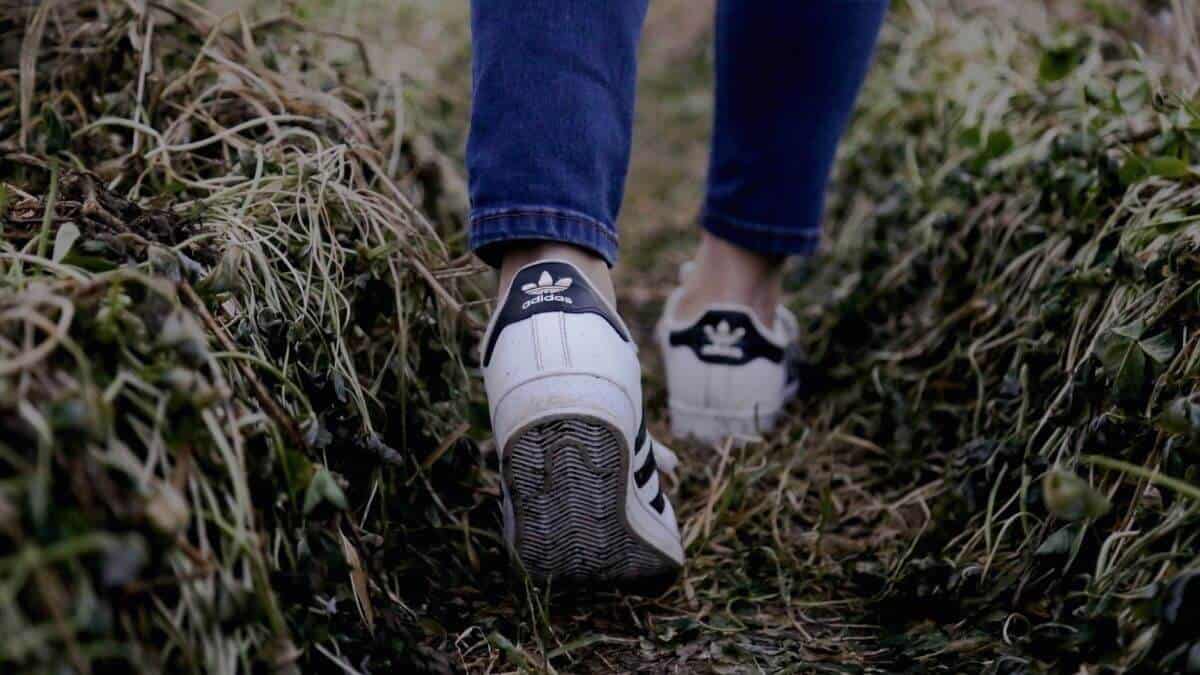 In this short guide, we will cover the following topics for ‘Andar’ in Spanish:

What does ‘Andar’ mean?

Definition – ‘Andar’ means ‘to walk’, ‘to be‘ or ‘to go’. In other words, andar expresses that someone is moving or walking from one place to another. In other contexts, this verb is used to describe a person’s feelings and states of mind, or to express that a device is operating or functioning.

In Spanish, ‘andar’ has different meanings. Below is a list of the most common situations where you can apply ‘andar’ as well as their corresponding English translation.

In Spanish, the verb ‘andar’ is a regular verb in most tenses. However, it is irregular in both the preterite and imperfect subjunctive tenses. In these tenses, the verb will change its stem.

Although this might seem challenging, in the following tables I’ll show you how to conjugate andar in Spanish.

To conjugate andar in the future tense, simply add the underlined endings to the verb in infinitive form.

Add the conditional endings to its infinitive form. So, instead of working with a stem, you’ll just attach the proper ending to andar.

Disculpa que no te contestáramos, hemos andado muy ocupados.
Sorry that we didn’t get back to you, we’ve been very busy.

Si hubieras andando con cuidado, no te habrías lastimado.
If you had walked carefully, you would have not hurt yourself.

No + [verb in present subjunctive]

No andes en la calle a esa hora, es peligroso.
Do not walk on the street at that hour, it is dangerous.

How to Use ‘Andar’ in Spanish with Examples

There are five main uses of the verb ‘andar’ in Spanish:

Translated as ‘to go’ or ‘to walk’, in Spanish, andar is used when speaking of travelling on foot. Here are some examples and a phrase structure that you can use to apply this meaning.

Notice that when talking about places, andar can be also used as a synonym of ‘to be’ as a way to express a person’s location.

Anduvimos en el parque el fin de semana.
We walked in the park during the weekend.

Andaré cerca de tu casa, quizá podamos vernos
I will be near your place, maybe we can meet up.

Take Note: In Spanish, andar can also be used to talk about the means of transportation that a person is using. In order to use it in this context, we use the preposition ‘en’ to introduce the transport that we’re referring to. Notice that in this case ‘andar’ means ‘to ride’, ‘to take’ or ‘to be’.

Hoy no puedo pasar por ti, ando en camión.
Today I can’t pick you up, I took the bus.

Andar en bicicleta me permite llegar más rápido a mi trabajo.
Riding my bike allows me to get to work faster.

Describing that someone is ‘going after’ someone or something

In Spanish, andar can also be used to express that a person is pursuing something or someone. To use it for this meaning, you need to use the preposition tras. In this context, ‘andar’ means ‘to go after’.

Describing the actions that a person is performing

As established before, in some contexts, ‘andar’ can be used as a synonym of ‘to be’. In these situations, it’s common to use this verb to describe the actions that a person is doing. Below are some examples and the structure that you can follow:

Nina andaba corriendo en el jardín.
Nina was running around in the garden.

Anduve cocinando toda la mañana.
I was cooking all morning.

Take Note: Notice that with this meaning you’re using the verb ‘andar’ to build the Spanish progressive tense. In other words, we use this tense to refer to actions that are happening at the moment of speaking.

Describing feelings or states of mind

In Spanish, ‘andar’ can be used in more casual situations to describe or talk about a person’s feelings, mood or state of mind. In this context ‘andar’ is translated as ‘to be’. Below is a phrase structure that you can use:

Andaba preocupada por su situación económica.
She was worried about her financial situation.

Andaba interesado en comprar una casa.
He was interested in buying a house.

¿Cómo has andado desde del accidente?
How have you been doing since the accident?

Take Note: Notice that, in order to describe that feeling, you need to work with adjectives.

Expressing that a machine or device works

Another use of this verb in Spanish is when we want to say that some mechanism is working or about a machine that is running. In this case, its meaning is ‘to work’ or ‘to run’.

El reloj no anda, debe ser la batería.
The watch is not working, it must be the battery.

El auto no anda, se dañaron las bujías.
The car does not run, the spark plugs are damaged.

La conexión no anda bien , está lloviendo demasiado.
The connection is not working properly, it is raining too much.

Below are some common idioms and expressions with ‘andar’ that you can use in real world conversation.

Andar a ciegas: This is an expression used to indicate that a person acts without reflection or knowledge. It is translated as ‘to go blind’ or ‘to go blindly’.

Andar de volada(o): This informal expression is used to express that a person is flirting with someone. It can be translated as ‘to be flirty’ or ‘to flirt. Keep in mind that ‘hacer algo de volada’ means to do something really fast.

Ándale: One of the uses of ‘ándale’ is to encourage someone to do something. It can be translated as ‘come on’ or ‘let’s go’.

Andar con alguien: This expression is used to describe that two people are dating. It is translated as ‘to date someone’.

Synonyms of ‘Andar’ in Spanish

Caminar: When talking about someone who is walking from one place to another, we can use this verb instead of ‘andar’. It is the direct translation of ‘to walk’.

Ir: In Spanish, this verb is also used when referring to a person going from one place to another. It is translated as ‘to go’.

Ser/Estar: If we are speaking about a person who is in a certain state, situation, mood, or place, we can use these verbs instead of ‘andar’. Additionally, ‘estar’ can be used instead of ‘andar’ when describing a person’s location. Both verbs are translated as ‘to be’.

Funcionar: When referring to a machine that is working or functioning, you can use ‘funcionar’ instead of ‘andar’. It is the direct translation of ‘to function’.

Sentirse: When speaking about someone’s feelings, this verb can be used as a synonym for ‘andar’. Notice that ‘sentirse’ only refers to feelings and physical states. As a result, it can be translated as ‘to feel’ or ‘to be’.

Related Resources
Andar de volada in Spanish
What does ‘ándale’ mean in Spanish?