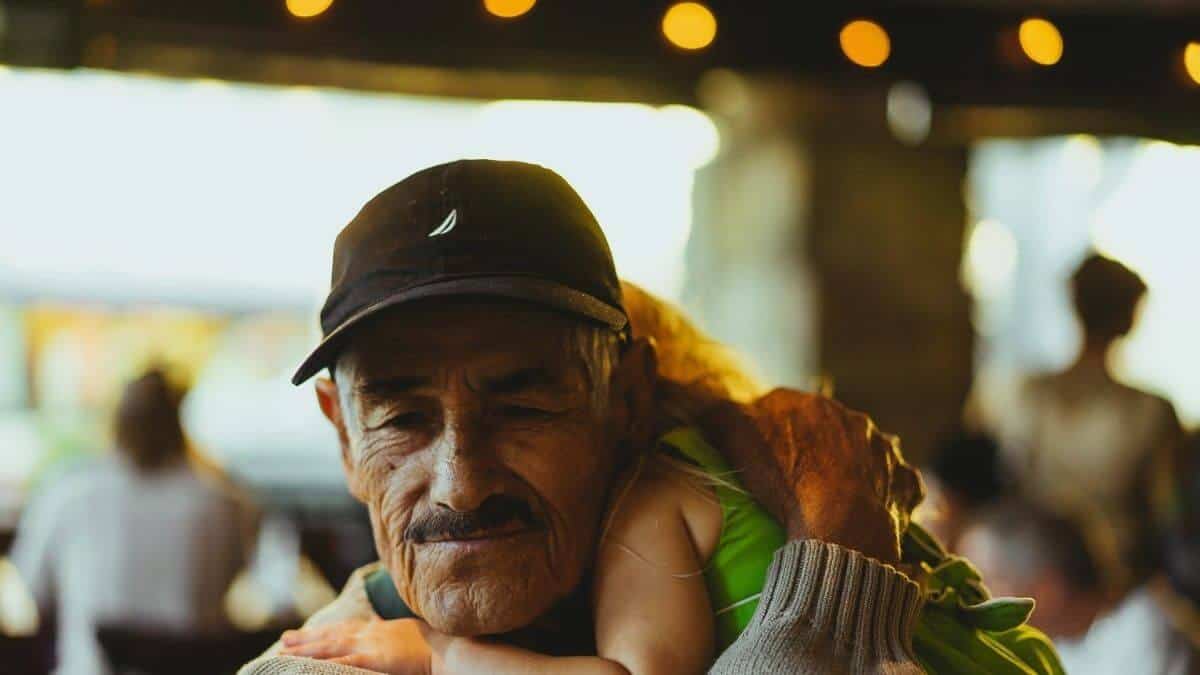 If you’re learning Spanish words for family members, you may already know that abuelo is the most popular way to say ‘grandfather’ in Spanish. However, ‘abuelo’ is only one word that you can use for your grandpa.

For that reason, in this list, we gathered some of the most popular Spanish words and nicknames that you can use to call your granddad. Read the descriptions below so you know what term is the best for you to use.

By the end of this, you will know more words that you can use to say ‘grandpa’ in Spanish.

In some Latin American Spanish speaking countries, tata is a popular and affectionate word that people use to call their granddad. Tata can also be used when referring or talking about your grandpa; however, this meaning is only applicable among relatives. This nickname can be translated as ‘grandpa’ or ‘granddad’. With this meaning, tata is popular in the following countries:

Moisés, ¿ya saludaste a tu tata?
Moises, did you already say hi to your grandpa?

Tata, ¿dónde te pongo tus lentes?
Grandpa, where should I put your glasses?

Take Note: In Latin American Spanish speaking countries, ‘tata’ is a word that expresses a lot of respect or admiration for an eldery person. As a result, in some countries, it can be used as a nickname for grandparents, dads or big brothers.

Yayo is another affectionate way to say grandpa in Spanish. This word is mainly used in Mexico and Spain. Yayo can be used as a way to call your granddad directly, but in the family context, this word can also be used to refer to him indirectly.

Since this nickname is too affectionate, it’s more commonly used among kids and young grandchildren, but this doesn’t mean that grown ups don’t use it as well. Yayo is closer in meaning to ‘poppa’, but it can also be translated as ‘grandpa’.

¿Cómo ha estado, yayo?
How have you been, poppa?

¡Yayo! ¿Quieres jugar conmigo?
Poppa! Do you want to play with me?

Take Note: Yayo is a masculine word, as a result, it’s only used as a way to say ‘grandpa’ in Spanish. If you want to use this word for your grandma, you will need to use its feminine form yaya.

In Spanish, abuelito is the direct translation of ‘grandaddy’ or ‘grandpa’. This word is one of the most popular ways to say granddad in Spanish. Since it’s a diminutive form, abuelito is a very lovable and affectionate word. ‘Abuelito’ is not only popular among young people and grown ups, but you can also use it to call your granddad directly or as a way to refer to him.

Abuelito, ¿quieres que te traiga algo de la tienda?
Granddaddy, do you want me to bring you something from the store?

Take Note: When asking for someone’s grandpa, most people use the word ‘abuelito’ since it’s kind and affectionate. This word can also be used as a lovable and respectful way to refer to elderly men in general.

Tito is another informal and affectionate word that people from Mexico and Spain use to call their grandads. Tito means ‘poppa’ and in the family context it can also be used as a way to refer indirectly to your grandpa. This word is very common among children, but Spanish speakers from other ages can use it too. It’s just a matter of preference.

¿Qué estás viendo en la tele, tito?
What are you watching on the tv, poppa?

Take Note: ‘Tito’ is a popular informal word whose meaning can vary depending on the Spanish speaking country you’re in. So for instance, in Honduras, ‘tito’ is an affectionate word that people use to call a kid. On top of being used as a way to say grandpa, in Spain, ‘tito’ can also be used as an affectionate synonym of ‘uncle’. So make sure to pay attention to the context.

Abue is a shortened version of ‘abuelo’, as a result, it’s another common and standard term that you can use to call your grandfather. ‘Abue’ is especially popular and Latin American Spanish speaking countries and you can use it directly with your grandfather or as a cute way to refer to him. In fact, ‘abue’ is a common word that we use when asking about someone else’s grandad.

¿Ya felicitaste a tu abue por su cumpleaños?
Did you already wish your pops a happy birthday?

Take Note: Abue is a Spanish word that you can either use to call your grandpa or your grandma. The plural form abues is an affectionate way to refer to the both of them (grandparents).

In Latin American countries, one of the most popular ways to call your granddad is by calling him ‘papi’ or ‘papá’. These affectionate terms are a way to show them your love and respect. Using these words can be confusing since they both mean ‘dad’, as a result, Spanish speakers combine them with their granddad’s name to avoid confusions:

Using ‘papi’ and ‘papá’ as a way to say ‘grandfather’, depends on the speaker’s family traditions as well as their preferences. So for example, in my case, in my dad’s side of the family, using these words is very common, as a result, I use them all of the time. This is not the case on my mom’s side of the family.

Take Note: On top of being used as a way to call your dad and your grandfather, in Latin American countries, moms can use the word papi as an affectionate word to call their sons.

Related Resource: How to Say Dad in Spanish

As you may know, abuelo is the standard translation of ‘grandfather’. Therefore, this is one of the most common words that we use in Spanish to call our granddad. On top of being used as a way to call your grandfather, you can also use this word to talk about him (or someone’s grandad) indirectly.

¿Cómo me dijiste que se llama tu abuelo?
What did you say your grandfather’s name is?

Agüelo seems very similar to the standard word ‘abuelo’. The main difference between these words is the pronunciation: ‘agüelo’ uses the same sounds that you will use when saying ‘agua’. Due to this pronunciation feature, ‘agüelo’ is more cutesy and can be considered more affectionate than the formal word ‘abuelo’.

Agüelo, ¿vamos a jugar?
Granddad, are we going to play?

María, dale un abrazo a tu agüelo
María, give your granddad a hug

Take Note: ‘Agüelo’ comes from little kids that are learning Spanish and they’re still not able to pronunciate well. For this reason, you may find that this word is more popular among children; however, grown up children still use it, too.

Depending on the speaker preference, viejo and viejito can be used as a nickname for your granddad. Both of these words mean ‘old man’, but in this context, they can also be translated as ‘granddad’. When using these terms, keep in mind that, just as in English, they can be perceived as pejorative if you don’t use the proper tone of voice.

When it comes to nicknames that you can use with your grandfather, el patriarca is a funny and cheeky word that you can say. Most speakers use this word among family members as a way to refer to their granddad.

¿Qué dijo el patriarca? ¿Va a venir?
What did the patriarch say? Is he coming?

Abuela, el patriarca me dijo que no tiene hambre
Granda, the patriarch told me that he is not hungry

Take Note: Although ‘el patriarca’ is a funny nickname that you can say behind your granddad’s back, if he doesn’t mind, you can also use it directly with him.

Most Spanish learners know that ‘abuelo’ is the Spanish word for ‘granddad’. However, if you’re learning Spanish, soon you will notice that there are other affectionate terms that you could use instead to call your grandad.

For that reason, in this article, we compiled 10 popular words and nicknames that you can use with grandfather. As you may have noticed, some of these terms are only popular in some Spanish speaking countries while others are more standard.

Now, you’re ready to show your abuelito how good you are in Spanish.