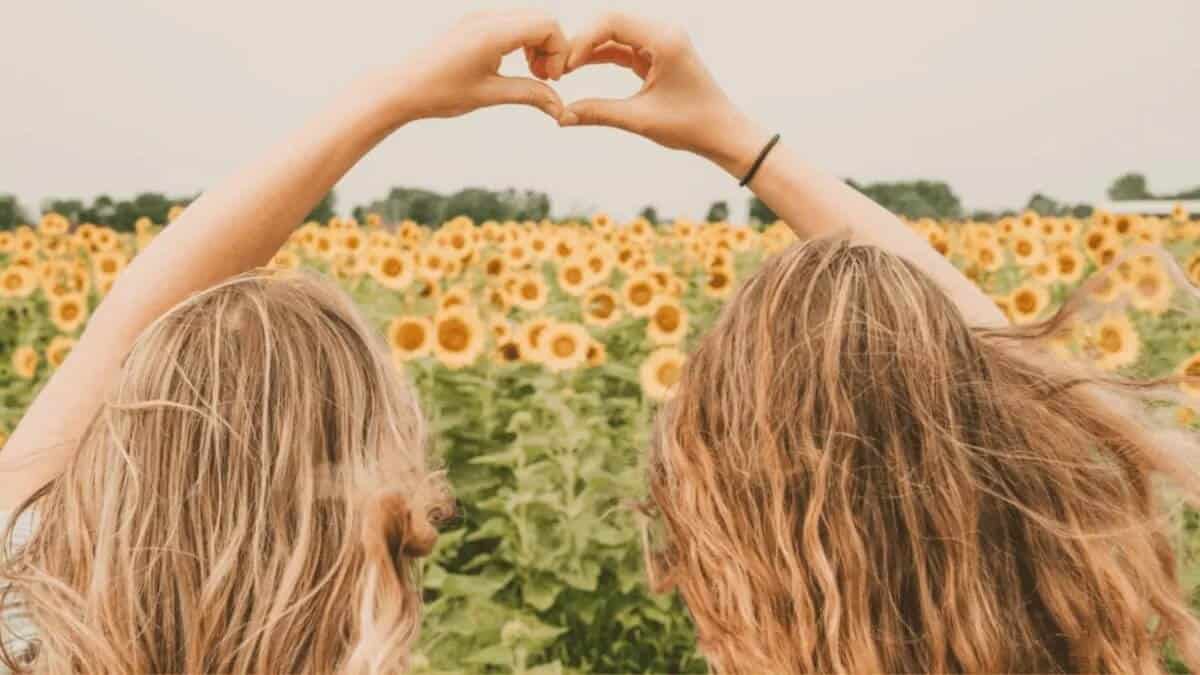 Expressing what you feel or what you think about a person can be a sensitive topic, since you may want to be as clear as possible. For that reason, many new learners wonder how to say ‘I like you’ in Spanish.

Both me gustas and me caes bien are two ways to say ‘I like you’ in Spanish. ‘Me gustas’ expresses physical or romantic attraction towards a person. This phrase is used with a person who you want to date. ‘Me caes bien’ expresses that we find a person nice or agreeable.

When trying to say ‘I like you’, many new Spanish speakers use me gustas in any situation, which can lead to a confusing, or worse, an awkward situation for the people involved. To avoid this, in this article, I’ll provide you with all the key information you need. The topics that we’ll cover include:

To avoid this, in the sections below, I’ll show you what’s the best way to say ‘I like you in Spanish’. I’ll also provide you with examples and structures you can use. Let’s start!

If you want to say ‘I like you’ in Spanish you have two choices: me gustas or me caes bien. Although they’re translated the same way, these verbs convey different intentions. So, you shouldn’t think about them as synonyms.

We only use me gustas when we want to express our attraction towards someone. Yes, ‘gustar’ is the equivalent of ‘I like you, like you’. So, since me gustas expresses a romantic interest, you shouldn’t use it all the time.

Creo que me gustas.
I think I like you.

Entiende que ya no me gustas.
Please understand that I don’t like you anymore.

On the other hand, me caes bien means ‘I like you’ in a non-romantic way. To put it simply, in this context, we use the verb ‘caer’ to express that a person is agreeable. As a result, ‘me caes bien’ is what we use with friends and people that we’re not interested in dating.

Me caes muy bien, eres muy divertido.
I like you very much, you’re very funny.

No te conozco mucho, pero me caes bien.
I don’t know you much, but I like you.

So, when it comes to saying ‘I like you’ in Spanish, the easiest way to choose between ‘me gustas’ and ‘caer bien’ is by identifying your intentions with the other person. Do you want to tell them you’re attracted to them or that you find them agreeable?

If you’re still struggling with gustar and caer bien, in the following sections, I’ll provide you with examples and more details about these verbs.

In theory, now you understand the difference between me gustas and me caes bien. But let’s put them into practice so you understand better how these verbs work. Let’s start!

Okay, let’s break these examples into comprehensive phrase structures that you can use. Notice that you can intensify your sentence by using adverbs (such as ‘mucho’, ‘muy’, ‘bastante’, etc).

Me gustas + (adverb of quantity)

Me caes + (adverb of quantity) + bien

Eddy, quiero decirte que me gustas.
Eddy, I want to tell you that I like you, like you.

La verdad, me gustas muchísimo.
To be honest, I like you very much.

No me caes nada bien, eres muy grosero.
I don’t like you at all, you’re very rude.

Take Note: When using adverbs of quantity to describe how much you like a person in Spanish, me caes bien can only work with ‘muy’ (very), ‘nada’ (at all) or ‘super’ (very). Also notice that, in this case, these adverbs are placed in the middle of the sentence.

Me gusta mucho tu hermano, es muy guapo.
I like your brother very much; he is very handsome

Me gusta Carolina, es muy bonita.
I like Carolina, she’s so pretty

Tu hermano me cae muy bien, es muy divertido.
I like your brother very much; he is very funny

Take Note: ‘gustar’ and ‘caer bien’ do not follow the same conjugation pattern as most verbs. In fact, we conjugate them based on the thing or person you like. Also, you need to use indirect object pronouns to show who likes that person. Check these examples:

¿Te cae bien la chava nueva?
Do you like the new girl?

A todas nos gusta Harry.
We all like Harry.

Struggling with this conjugation? Here you can check more details about how ‘gustar’ works in Spanish.

Just as you need to know how to say ‘I like you’ in Spanish, you should also learn how to say ‘I don’t like you’, if you wish to make your feelings or intentions clear. And when you’re building your phrase, you just need to add one element:

Tienes razón, no me caes nada bien.
You’re right, I don’t like you at all.

No me gustas de esa manera.
I don’t like you that way.

No me caes muy bien, la verdad, eres muy grosera.
I don’t like you very much. To be honest, you’re very rude.

Me caes mal is the negative version of ‘me caes bien’. As a result, this is another common way to say “I don’t like you” in Spanish. Since ‘me caes mal’ already has a negative connotation, you don’t need to add the word ‘no’.

Me caes mal porque eres grosero.
I don’t like you because you’re rude.

La neta sí me caes muy mal.
It’s true, I don’t like you very much.

In this article, we learned that there are two ways to say ‘I like you’ in Spanish. Remember that using me gustas or me caes bien depends on your intentions towards the person you’re talking to. Here are some key points to keep in mind:

Now, that you know how to say ‘I like you’ in Spanish, you’re ready to start using me gustas and me caes bien in your conversations.