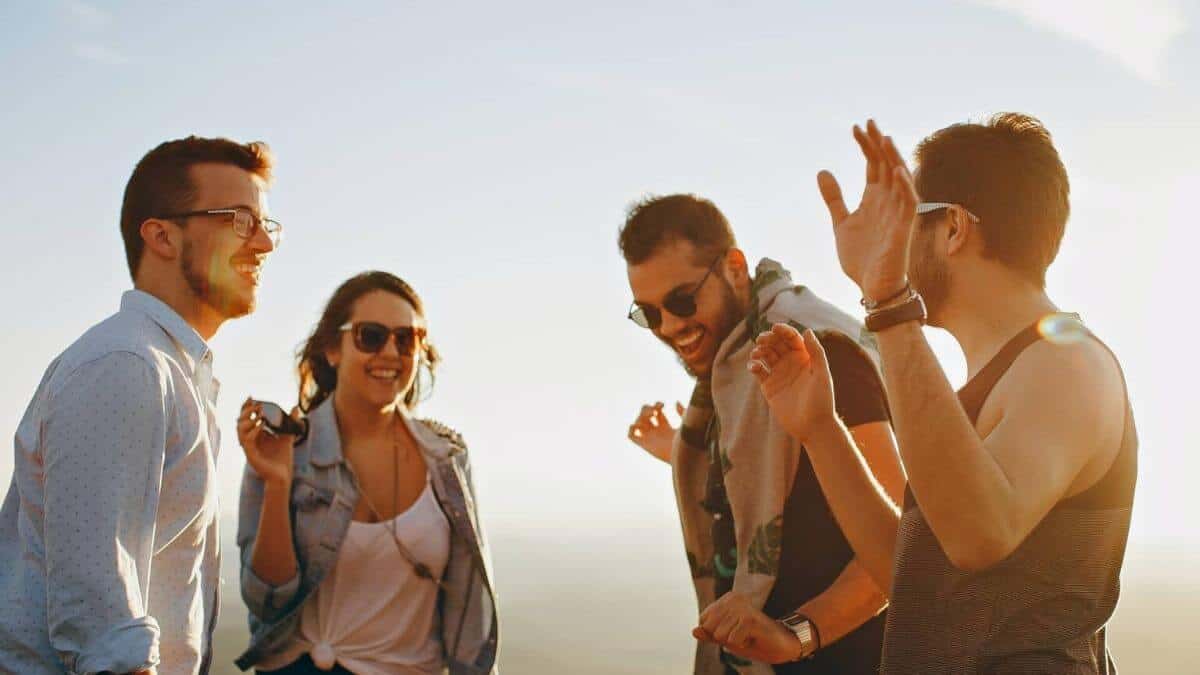 Hands down, güey or wey is one the most popular Mexican words. So, if you’re interested in learning Mexican Spanish, this term is a must. Regardless of how common this word might be, many new learners often wonder what güey in Spanish means.

In Mexican Spanish, güey is an informal term that people use to address a friend, refer to another person, describe that a person is dumb, or express certain emotions. Depending on the context, ‘güey’ or ‘wey’ can be translated as, ‘dumb’, ‘dude’, ‘damn it’, or ‘guy’.

If you’re looking to improve your command of Mexican Slang Spanish, you need to understand how to use the most popular word in this Spanish dialect. For that reason, in this article, I’ll provide you with key information about the word ‘güey’ in Spanish.

These are the topics will cover:

By the end of it, you’ll be able to use this word like a Mexican speaker.

Güey is an informal Mexican word that people use in various situations. Despite its informality, ‘güey’ is not an insult or a bad word. However, you do need to make sure to only use it in casual situations.

Since this is a rich word, Mexican speakers can use ‘güey’ in different contexts. As you can imagine, the meaning of this term will vary depending on the situation where it’s being used. Below, we’ll explore the most common uses of this word.

Take Note: Güey is a derivative of ‘buey’ (ox). People use this animal as a way to describe a dumb and clumsy person. ‘Güey’ is a word unique to Mexican Spanish.

1. To address a friend

One of the most common situations where Mexican speakers use ‘güey’ is to call or address a friend. In this context, it’s also common for young Mexican men to use ‘güey’ to address a guy they just met in an informal situation (such as a party).

With this meaning, ‘güey’ is translated as ‘dude’, ‘mate’, ‘buddy’ or ‘pal’. Check the examples below:

Take Note: In Mexican Spanish, ‘güey’ can also be used among women. In some cases, young people can also use this word to refer to the person they’re dating.

2. To refer to another person

It’s also common to use ‘güey’ to refer to other people when we don’t know or don’t want to mention their names. In this situation, ‘wey’ can be translated as ‘guy’ or ‘dude’. Here are some examples of this application:

No sé dónde estamos. Pregúntale a ese güey.
I don’t know where we are. Ask that guy over there.

El güey de la tienda me cobró de más.
The guy at the store overcharged me.

¿Quién es ese güey y por qué me está saludando?
Who is that dude, and why is he waving at me?

3. To describe a dumb person

So far, you’ve learned different uses of the word way as a noun (to call or address a person). However, this informal Mexican slang term can also be used as an adjective. In other words, you can use it to describe or express that a person is dumb.

You can also use this word with the following structure to emphasize how silly or dumb a person is:

Take Note: Güey doesn’t have a feminine form. However, you can pluralize this word if you need to.

In Mexican Spanish, ‘güey’ can be combined with interjections to build structures that allow you to express different emotions. The meaning of these expressions depends on the context. However, on many occasions, they’re close in meaning to ‘damn it’, ‘oh my God’, or ‘jeez’.

¡Ay, güey! ¿Ya viste cuánto cuestan los zapatos?
Jeez! Did you see how much the shoes cost?

¡Ya, güey! No digas nada.
That’s enough. Don’t say anything else.

How Do You Spell ‘Güey’ in Spanish?

As an informal term, ‘güey’ doesn’t have strict spelling rules. Therefore, Mexican speakers spell this word as güey, guey or wey. Overall, wey is more popular when texting or posting on social media. In more formal texts, such as books and dictionaries, you’re more likely to see the term güey.

Synonyms & Popular Words You Can Use Instead of ‘Wey’

If you’re looking to expand your Spanish vocabulary, here are some common synonyms that you can use instead of ‘güey’ in Spanish: