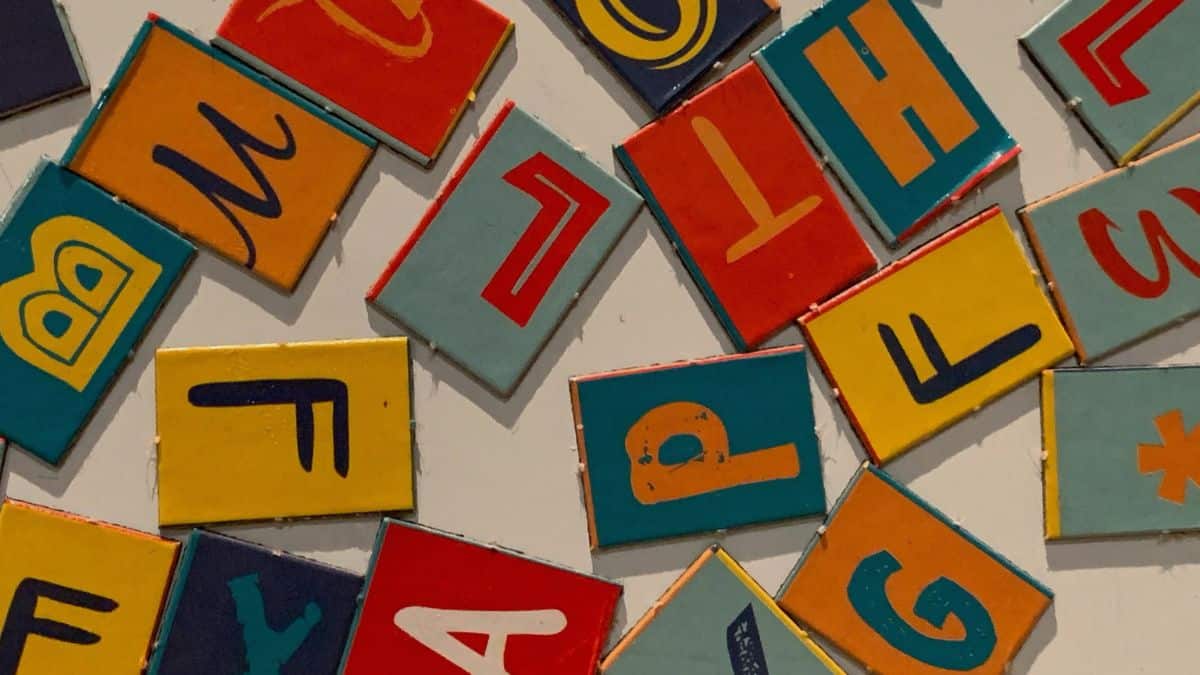 I know, I know. The Spanish alphabet may not seem like a high priority when learning Spanish. However, the alphabet is the backbone of your pronunciation. To put it simply, if you want to have good pronunciation, you must take your time to understand the sounds of the alphabet in Spanish.

Since this is such a crucial topic, you’ll find key information about the Spanish alphabet in this guide. I’ll include charts and recordings so you can check the pronunciation, word examples, and notes about the letters and their sounds.

Here is an overview of the topics we’ll cover:

How to Say the Alphabet in Spanish

The table below contains the letters that make up the alphabet and how they are spelled. To provide some examples, you’ll also find a word for each letter in the Spanish alphabet and a recording so you can check the pronunciation.

Here is a recording where you can check the pronunciation of the alphabet in Spanish.

You can also use the graphic below to see examples of English words that share the same sounds.

Here are some notes about the pronunciation of the Spanish alphabet that you want to keep in mind.

Vowels in Spanish sound exactly the same regardless of the consonant that precedes or follows them. So, unlike English, Spanish vowels do not have a long sound.

In this recording, you can check how Spanish vowels sound:

In Spanish, the letter h is silent. To put it simply, ha, he, hi, ho, and hu sound like a vowel. However, the letter ‘h’ has a sound when preceded by the letter ‘c’ (ch).

You can check the pronunciation in this recording.

Take Note: Castilian Spanish distinguishes certain sounds (c and z). Making or not making this distinction will not affect your communication with Spanish speakers. However, if you’re focusing on Castilian Spanish, you may want to consider learning these sounds.

The letter ‘g’ in Spanish also has a different pronunciation depending on the vowel that follows it. If working with ‘a’, ‘o’ or ‘u’, it has a soft sound. However, when working with ‘e’ and ‘i’ it has a fricative sound.

In Spanish, the letter ‘j’ always has a fricative sound. In other words, it sound similar to the English ‘h’ in hard, hell, and hit.

Although the double ‘l’ (ll) is not part of the Spanish alphabet, it’s still a common sound in this language. The double ‘ll’ sounds exactly like the ‘y’.

In Spanish, the letter ‘x’ sounds like the English ‘x’ for the most part. However, with certain names it’s pronounced like the Spanish letter ‘j’.

Take Note: Mexican Spanish has many words that come from nahuatl. Nahuatl words that contain ‘x’ can sound like an ‘s’ or ‘ch’.

Activities to learn the alphabet

Here are some activities that you can use to learn or teach others the Spanish alphabet:

Interesting Facts About the Alphabet

Below are some facts about the Spanish alphabet that will help you understand and use it better.

The alphabet in Spanish is the foundation for good pronunciation. So, make sure you take enough time to understand and master this topic. As a quick summary, here’s a recording of the alphabet and some word examples.

If needed, go back and check the pronunciation notes in this guide. ¡Buena suerte!

Download a copy of the Spanish Alphabet PDF Cheat sheets including charts and pronunciation tips to study later!