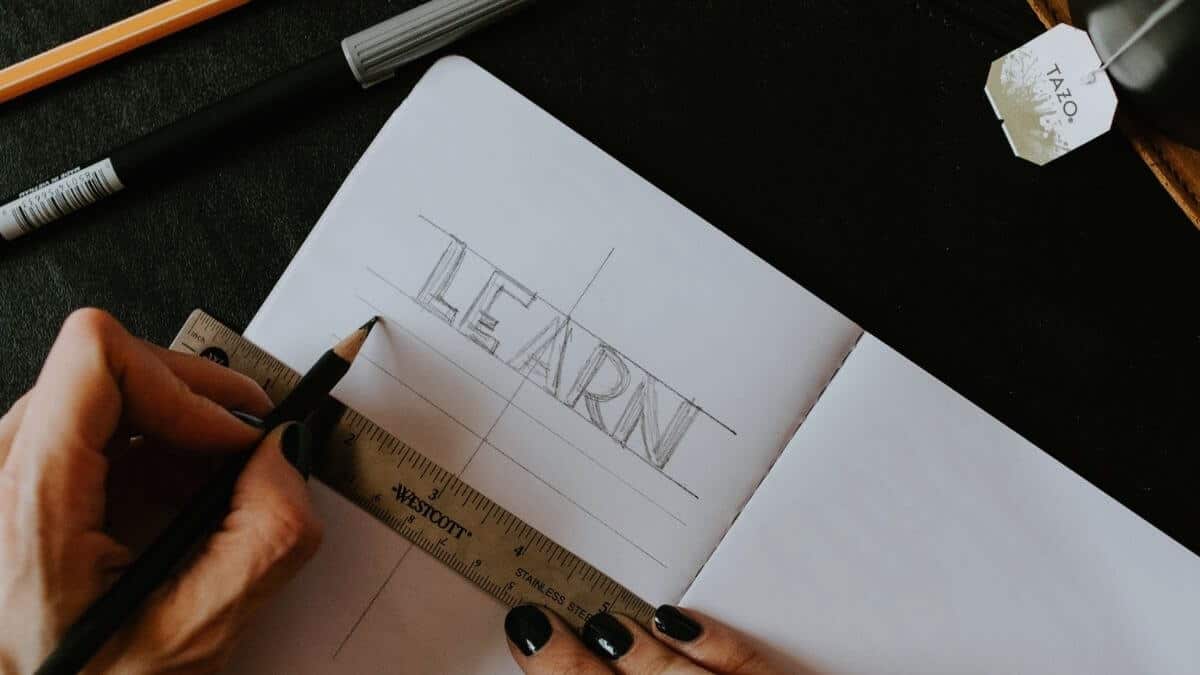 In this short guide, we will cover the following topics for ‘aprender’ in Spanish:

What does ‘Aprender’ mean?

Definition –  ‘Aprender’ is the direct translation of ‘to learn’. As a result, it can be used to express that someone is acquiring knowledge or skills by studying or through experience. Additionally, it can also be used to describe that a person memorized certain information.

Take Note: Aprender and aprehender can be easily confused since their spelling and pronunciation is very similar. Nevertheless, ‘aprehender’ means ‘to apprehend’, ‘to catch’, ‘to capture’ someone or something.

In Spanish, ‘aprender’ is a regular verb. This means that the stem won’t change when conjugating and that you just need to add the proper endings for each tense.

Below there are some conjugation charts showing how to conjugate aprender in Spanish.

To conjugate ‘aprender’, you need to remove the ending ‘-er’ and add the proper endings for each subject. Below, I’ve underlined these endings for you.

Just like other tenses, to conjugate ‘aprender’ in the past tense, you need to use the stem aprend. Remember that in some conjugations you need to add an accent mark (for yo, él, vosotros).

As a regular -ER verb, aprender uses the following endings (underlined) in the imperfect tense.

Aprender in the future tense doesn’t require you to work with the stem. In fact, you’ll add the corresponding endings to the infinitive verb. Check the examples below.

Just like the future tense, if you want to conjugate ‘aprender’ in conditional tense, you’ll work with the verb in infinitive form. Below I’ve underlined the endings you need to use. Be aware that conditional conjugations require you to use an accent mark.

Yo estoy aprendiendo a bailar
I’m learning to dance

Si tuvieras más tiempo, tú habrías aprendido a dibujar
If you had more time, you could have learned to draw

If you want to give commands with ‘aprender’, you’ll still use the stem aprend and add the necessary endings.

Take Note: Notice that in the negative imperative, tú follows the present subjunctive conjugation (aprendas). Additionally, to conjugate this verb, you just need to add  the word No before the verb.

How to Use ‘Aprender’ in Spanish with Examples

The main uses of the verb ‘Aprender’ are:

Below there are some examples and phrase structures that will help you understand how to use aprender to build your own coherent sentences.

Talking about acquiring knowledge and skills

Translated as to learn in Spanish, ‘aprender’ is basically used to talk about learning and acquiring knowledge through experience, practice or studying.

Notice that the verb in infinitive form describes the activity or skill that you’re learning.

[Aprender conjugated] + a + [verb in infinitive]

Cuando tenía 5 años, aprendí a andar en bicicleta
When I was 5 years old, I learned to ride a bicycle

Additionally, you can also use the following structure.

Take Note: By adding negative words such as No, nunca or jamás, you can create negative sentences that express things that you didn’t or won’t learn.

Just like in English, in Spanish, we can use aprender when expressing that a person memorized some information such as names, dates, phone numbers, topics, etc. To express this, we use the reflexive form aprenderse which means ‘to learn by heart’ or ‘to memorize’.

¿Te aprendiste las conjugaciones?
Did you memorize the conjugation?

Take Note: Notice that a Spanish reflexive conjugation follows the same patterns that we saw in the previous conjugations charts. You just need to make sure to add the corresponding reflexive pronoun.

In addition to help talk about your learning process, aprender can also help you improve your vocabulary through some idiomatic expressions. Here are some common expressions with ‘aprender’ that you might want to learn.

Lo que bien se aprende, nunca se olvida. This Spanish idiomatic phrase expresses that when a person learns something very well, it will stick in his or her memory no matter how much time has passed. It can be translated as ‘a lesson well learned is never forgotten’’.

Aprender de tus errores. This Spanish phrase is used to express that a person needs to reflect on the mistakes they made and learn from them. It means ‘learn from your mistakes’.

Synonyms of ‘Aprender’ in Spanish

Estudiar: In Spanish, ‘estudiar’ is used to express that a person is going through a learning process to acquire some type of knowledge. This verb is the direct translation of ‘to study’. Given that estudiar is a standard term, it can be applied to both formal and informal contexts.

Memorizar: Memorizar expresses that a person retained some information (such as names, dates, numbers, etc) in her or his memory. As a result, this verb is a synonym of aprenderse. ‘Memorizar’ is the direct translation of ‘to memorize’ and it can be applied in formal and informal situations.

Instruirse: In Spanish, instruirse is a more formal synonym of ‘aprender’. It implies that a person is acquiring knowledge or skills on their own. Notice that in this context we use the reflexive form since ‘instruir’ means to teach. ‘Instruirse’ can be translated as ‘to teach oneself’, ‘to be educated’ or ‘to broaden your mind’.