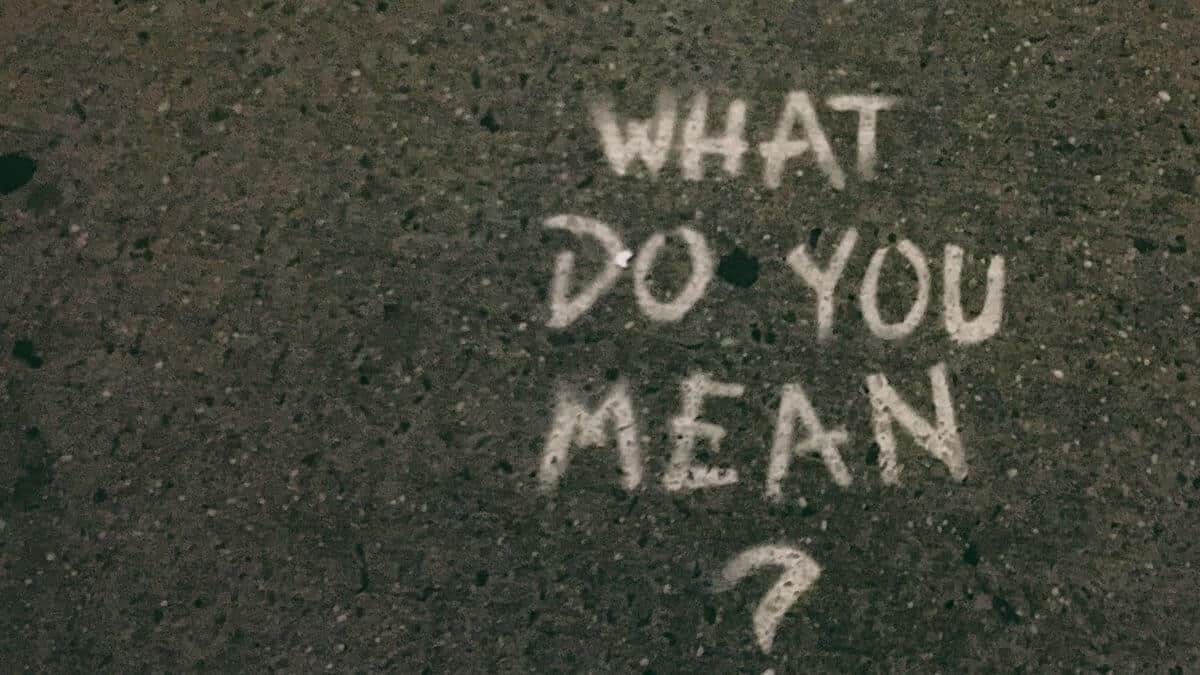 How to Say “I Don’t Understand” in Spanish

When learning Spanish, you might find yourself in situations where you don’t understand what another person is saying – especially in the beginning! Since this is a common situation for many learners, people often wonder how to say I don’t understand in Spanish.

In Spanish, there are different ways to say I don’t understand. Some of the most common include:

Being able to express that you don’t understand something in Spanish is necessary if you want people to explain themselves better. Since this is really helpful for improving your command of the language, I’ve compiled a list of 5 common ways to say I don’t understand in Spanish.

Even though all of these phrases are very popular, some of them are more suitable for formal conversations and others are more casual expressions. Because of that, I’ll include a small description as well as some examples that can help you identify when you should be applying each one of these expressions.

By the end of this, you will be able to say I don’t understand like a native Spanish speaker.

1. No entiendo – I don’t understand

Infinitive form: “no entender” / “to not understand”

As you may have already learned, no entiendo is a super common way to say ‘I don’t understand in Spanish’. Just like in English, you can use this expression in both formal and informal situations to express that you don’t understand something (such as a Spanish word).

As mentioned above, no entiendo can be used to express that you don’t understand either a topic or a concept in which case you can use the following structure. Notice that if the context is clear enough (everybody involved knows what you’re talking about), you can omit the noun.

No entendí el final, ¿tú sí?
I didn’t understand the ending, did you?

You can also use ‘no entiendo’ to express that you didn’t understand the action that a person performed (such as what they said).

No entiendo lo que escribiste, ¿qué dice?
I don’t understand what you just wrote, what does it say?

Take Note: By adding the verb estar to the equation (present progressive), you can emphasize the fact that you’re not understanding something at the moment that you’re speaking.

Delphine, no estoy entendiendo, ¿qué quieres hacer?
Delphine, I’m not understanding, what do you want to do?

2. No comprendo – I don’t understand

Infinitive form: “no comprender” / “to not understand”

Another common expression that means ‘I don’t understand’ is no comprendo. Depending on the Spanish-speaking country you’re in, ‘no comprendo’ can be slightly more formal than ‘no entiendo’. However, this is still a very popular expression that you can use in all contexts.

For example, in Mexico, there is a clear preference to use ‘no entiendo’ in regular, casual conversations while no comprendo is more suitable for formal contexts. Given that both expressions mean the same thing, choosing one or another is more of a personal preference.

Here is a basic phrase structure and some examples that you can use:

La verdad, no comprendo tu relación con Jessy
To be honest, I don’t understand your relationship with Jessy

The following phrase structure can be used to express that you don’t understand a person’s behavior or actions.

Tony, no comprendo cómo te metiste en este problema
Tony, I don’t understand how you got yourself in this mess

Take Note: Verbal periphrasis can help you improve your Spanish. In this case, seguir sin comprender is a popular structure that you can use to express that you still don’t understand something.

Infinitive form: “no quedarse claro” / “to not be clear to oneself”

No me queda claro is a more casual phrase that you can use to say ‘I don’t understand’ in Spanish. Due to its informality, this expression is more suitable for use among friends, family and acquaintances.

Although you can use it in multiple contexts, this expression is especially useful when someone is trying to explain something and you don’t fully understand. Like other expressions from this list, you can use no me queda claro to refer to concepts (nouns) or actions/activities.

Below there are some examples and structures that you can follow.

Mamá, no me queda claro dónde está el museo
Mom, it’s not clear to me where the museum is

¿No te quedó claro qué teníamos que hacer?
It wasn’t clear to you what we needed to do?

Maestra, no me queda claro cómo conjugar verbos reflexivos
Teacher, it’s not clear to me how to conjugate reflexive verbs

If instead of actions you want to say that you don’t understand a concept or topic, you can follow these examples. Notice that the noun can be placed either at the beginning or end of the sentence:

Given that no te sigo is the direct translation of ‘I am not following you’, this expression is a popular and casual way to express that you don’t understand something. Due to its characteristics, no te sigo is more suitable for informal contexts.

Check the examples below to see how to apply this expression to your conversations. Notice that, as mentioned before, you can conjugate this expression in present proggressive to emphasize that you’re not understanding in the moment that you speak.

No las sigo, ¿pueden repetir lo que dijeron?
I’m not following you, girls, can you repeat what you just said?

¿Me puedes explicar otra vez? La neta no te sigo
Can you explain it to me again? To be honest, I’m not following you

In Spanish, no capto is the direct translation of ‘I don’t get it’. As a result, this is an informal structure that you use as a synonym of ‘no entiendo’. No capto tends to be more popular in Latin American Spanish-speaking countries while no lo pillo is exclusively used in Castilian Spanish.

Just like other expressions from this list, no capto can be used when expressing that you don’t understand a concept, action or behavior.

¿Por qué se enojó Molly? No capté
Why did Molly get mad? I didn’t get it

Notice that in some cases you can omit the noun because the information is clear enough. Below there is a structure that you can use to express that you don’t understand a behaviour or action.

La verdad, no capté lo que dijiste
The truth is that I didn’t get what you just said

All of the expressions that you’ve learned are very common among Spanish speakers and it’s up to you to decide which one is the best option for your situation. Remember that some of them might not be suitable for some contexts.
Hopefully, now you know more expressions other than no entiendo and you can start applying them in your conversations.