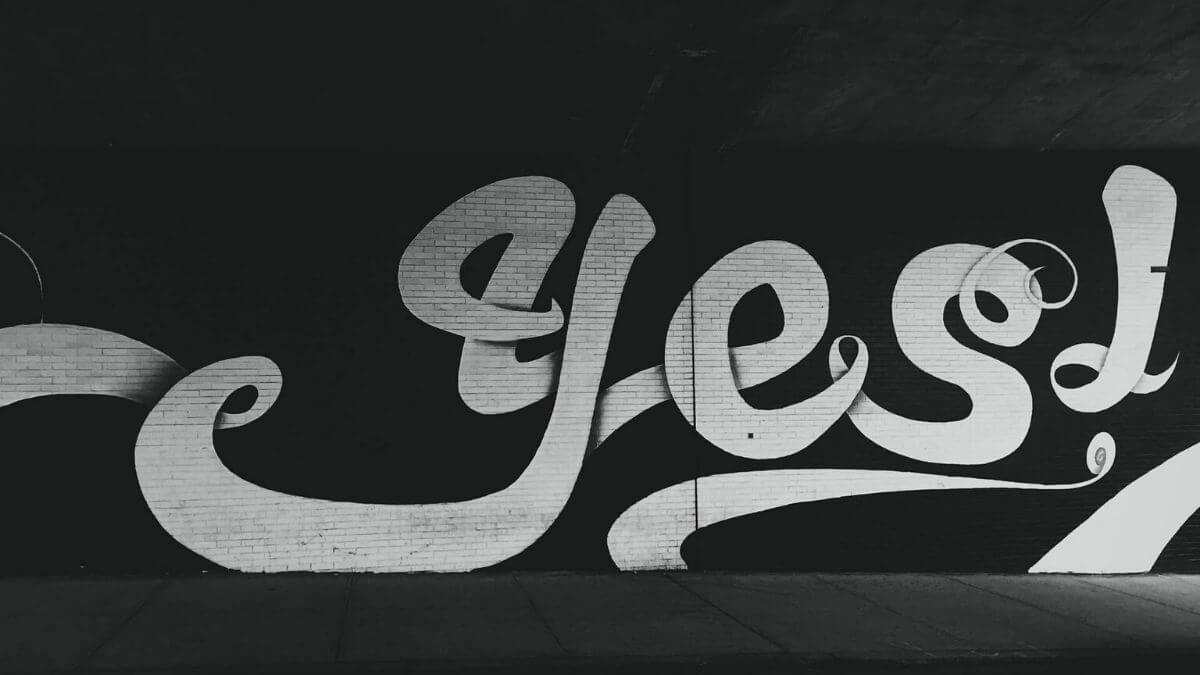 Sí is a simple and common word in any Spanish conversation. Just as in English, in Spanish, we also have more informal or casual ways to say ‘yes’. That’s why in this article, we compiled some of the 7 most common ways to say ‘yes’ in Spanish slang.

Although the words in this list are very common, their popularity may vary depending on the Spanish speaking country you’re using them in. Additionally, even though there are some other standard and formal ways to say yes, the words compiled here are all informal and slang. Make sure you read these words’ descriptions so you choose the best for you.

By the end of this article, you’ll have 7 new and cool ways to say yes in Spanish 😉

In some Latin American countries, Simón is not only a given name but also a slang way to say ‘yes’. Like any other slang vocabulary, ‘simón’ as a synonym of ‘yes’ is only used in casual situations. Additionally, this word is popular among young people and adult men. The closest way to translate ‘simón’ into English would be ‘yup’ or ‘yep’.

Where can you use simón as a synonym of ‘yes’?

These are some of the Spanish speaking countries where simón is commonly used:

Take Note: Simón is a great slang synonym for ‘sí’ (yes) because both words start with the same sound. In Mexico, it’s common to hear some variations such as Simona la mona and Simona la cacariza. These phrases still mean yes, but they’re a little bit more playful.

Vale is another popular way to say ‘yes’ in Spanish. Depending on the country you are in, ‘vale’ will have different variations such as sale and dale. These three words are used when saying ‘yes’ to a proposal, suggestion, or invitation. As a result, they’re close in meaning to ‘okay’ or ‘alright’.

Unlike other slang words from this list, these three words are used by people of all ages. Here is some guidance of the countries where you can use each of these words:

Since these words are mainly the same, you could use whichever you want and people will understand you.

Tengo mucho trabajo, pero nos vemos mañana, ¿vale?
I have a lot of work, but I’ll see you tomorrow, okay?

Sale, yo invito a los chavos y tú consigues la comida y la bebida
Okay, I’ll invite the girls and you get the food and the drinks

¡A huevo! is a very informal way to say yes in Spanish. Depending on the context, this word could be translated as ‘heck, yeah’, ‘yes’ and ‘of course’. This expression could be used as a way to respond to a proposal as well as to show agreement with a previous statement.

With this meaning, ‘a huevo’ or ‘ahuevo’ is more common among young people. Like other words from this list, it can only be used in a few countries.

Where can you use ‘a huevo’ as a synonym for ‘yes’?

Take Note: ‘A huevo’ has multiple meanings that can vary depending on the context or the Spanish country you’re in. So don’t be surprised if you hear this expression in a different situation.

Related Resource: How to Use A huevo in Spanish

‘Sip’ and ‘Sipo’ would be the direct translation of ‘yep’ or ‘yup’. These informal ways to say yes in Spanish are more common among young people. Although they can be used in conversations, many speakers perceive them as too cutesy, as a result, they’re more popular to see in written form or text.

Clarines is a popular Mexican slang word to say yes. ‘Clarines’ is an informal variation of ‘claro’, therefore, it means ‘of course’ or ‘yes’. This word is only used by young Mexican speakers in very casual conversations. Although grown-up men also use this word, ‘clarines’ is not very popular among women.

This slang word can only be used as a way to respond affirmatively to someone’s questions or proposal. Here are some examples:

Take Note: In Mexico, people also use ‘clarín’ (the singular form of clarines) as a way to say yes. There’s no difference between ‘clarín’ or ‘clarines’, so choosing one or the other is based on personal preference.

Ajá is the Spanish word for ‘uh-huh’ or ‘Mmhmm’. Just like these English words, ‘ajá’ is a common way to say yes in Spanish. It’s usually applied when you’re busy doing something else or when you’re distracted.

This word is popular among all Spanish speaking countries; however, when using it, you need to pay attention to your tone of voice. Otherwise, you could be perceived as dismissive or disrespectful.

Spanish speakers in Mexico and Spain use ‘arre’ as a very casual way to say ‘yes’. Just like ‘vale’ and its variations, ‘arre’ is used as a way to respond and show agreement to a previous statement. ‘Arre’ means ‘yes’, ‘yup’, ‘okay’ or ‘alright’. Notice that it can only be used with this meaning in Mexico or Spain and it’s more popular among young speakers.

Take Note: In other Spanish speaking countries, this word is used to express that a previous statement was a joke. In Mexico, people may also use ‘arre con la que barre’ as a longer and playful variation of ‘arre’.

If you’re in a formal situation where you can’t use any of the previous slang words, you will need to use other words to say yes. Here is a small list that can help you:

Adding slang words to your vocabulary will not only allow you to understand native speakers better, but also will help you improve your conversations. For that reason, in this list, we discussed 7 common, casual ways to say yes in Spanish as well as some examples of how to use each one of these words. As a bonus, we provided you with some standard words for ‘yes’ that you can use in formal conversations.

Now, it’s time for you to go out there and start applying these words, ¿sale? 🙂