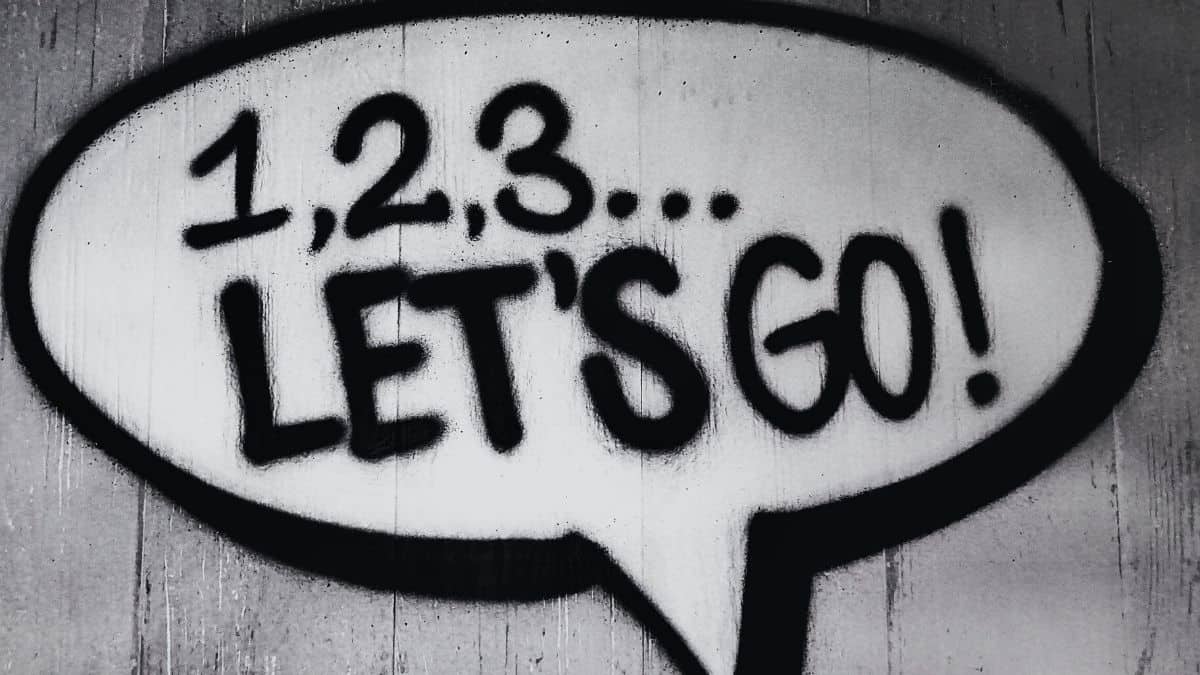 For many new and experienced Spanish learners, vamos and vámonos may appear to mean the same thing. However, these words come from different forms of the same verb and, as a result, they have different purposes and meanings. Since they can’t be applied in the same contexts, many Spanish learners wonder what’s the difference between ‘vamos’ and ‘vámonos’ in Spanish.

‘Vamos’ is the verb ‘ir’ in one of its present tense forms. It means ‘we go’. It is also used as an expression to cheer someone on. In this context, ‘vamos’ could mean ‘go’ or ‘come on’. ‘Vámonos’ is the imperative form of ‘irse’. It means ‘let’s leave’ or ‘let’s go’.

When learning Spanish, it’s difficult to see the difference in meaning between ‘vamos’ and ‘vámonos’. But since these words are quite popular and commonly used on a daily basis, it’s important to learn when to apply each of them, respectively.

For that reason, in the following sections, we’ll explain to you the difference between these words. Additionally, we’ll provide you with examples so you have a better idea about the context where you can use them. By the end of this, you will have a better understanding of ‘vamos’ and ‘vámonos’.

What’s the Difference Between ‘Vamos’ and ‘Vámonos’ in Spanish?

Although they look almost the same, ‘vamos’ and ‘vámonos’ are not synonyms. In fact, each one of these verbs has its own meaning and, therefore, you need to apply them in different contexts. For starters, these words come from different verbs:

As an imperative form of ‘irse’, we use vámonos to let our companions know that it’s time for all of us to leave a place. Depending on the speaker’s tone of voice, ‘vámonos’ could be perceived as a demand, suggestion, or request. It could be translated as ‘let’s go’ or ‘let’s leave’.

In the following sections, we’ll talk more in-depth about how to use these words as well as the phrase structures that you may need.

Related Resource: How to Use Ya in Spanish

When & How to Use ‘Vamos’ in Spanish

In Spanish, ‘vamos’ is the present tense conjugation for ‘nosotros’. ‘Vamos’ comes from ‘ir’, as a result, this verb is expressing that you and someone else are leading or going somewhere. ‘Ir’ is the direct translation of ‘to go’, therefore, ‘vamos’ would be ‘we go’.

Sebastián, Mateo y yo vamos a la casa de Ángel a estudiar
Sebastian, Mateo and I go to Angel’s house to study

Oye, ¿vamos al cumpleaños de Patrick o tienes algo que hacer?
Hey, should we go to Patrick’s birthday party or do you have something to do?

Take Note: When used to pose a question, ‘vamos’ is not describing activities or routines. Instead, it’s proposing someone else to do an activity.

Although this is a common way to use ‘vamos’, there are also other contexts that you should be familiar with since they’re quite popular in Spanish.

Talking about the Future

One common way to use ‘vamos’ in Spanish is to talk about future events. In this context, ‘vamos a’ means ‘to go to’. Here is the phrase structure that you need to use for this situation:

¿Mañana vamos a ir al cine o lo vamos a dejar para otro día?
Are we going to the movies tomorrow or are we going to leave for another day?

Take Note: You can also use the phrase structures above to talk about future places you’re going to go to. In this case, you will need to use time expressions related to the future such as ‘mañana’, ‘la semana que viene’, etc.

In some contexts, ‘vamos’ is also used as an expression to encourage or cheer on someone. As a result, in this case’, ‘vamos’ could either mean ‘come on’, ‘let’s go’ or ‘go! go!’. Here are some examples:

When & How to Use ‘Vámonos’ in Spanish

‘Vámonos’ is an imperative form of the verb ‘irse’ (to leave) and it’s conjugated for the first plural person (nosotros – we). In Spanish, you use ‘vámonos’ to tell your friends or companions that it is time for you all to leave the place where you are right now. Therefore, ‘vámonos’ could be either translated as ‘let’s leave’ or ‘let’s go’.

When using ‘vámonos’ in Spanish, keep in mind that:

Related Resource: How to Use Reflexive Verbs in Spanish

Examples of How to Use Vámonos in Spanish

Take Note: As an imperative form, sometimes ‘vámonos’ can be perceived as too aggressive or too demanding. In order to soften your sentences and make them sound like a suggestion, you need to add ‘si quieres’ or ‘si quieren’  to your statement. This is especially useful when you notice that your companion is not comfortable in that place anymore.

‘Vamos’ and ‘vámonos’ can be confusing for new and experienced Spanish learners since both verbs look like different forms of the verb ‘ir’. That’s why in this article, we discussed the differences between these words as well as the most common contexts where you can apply them. Here are some key points that should always keep in mind: