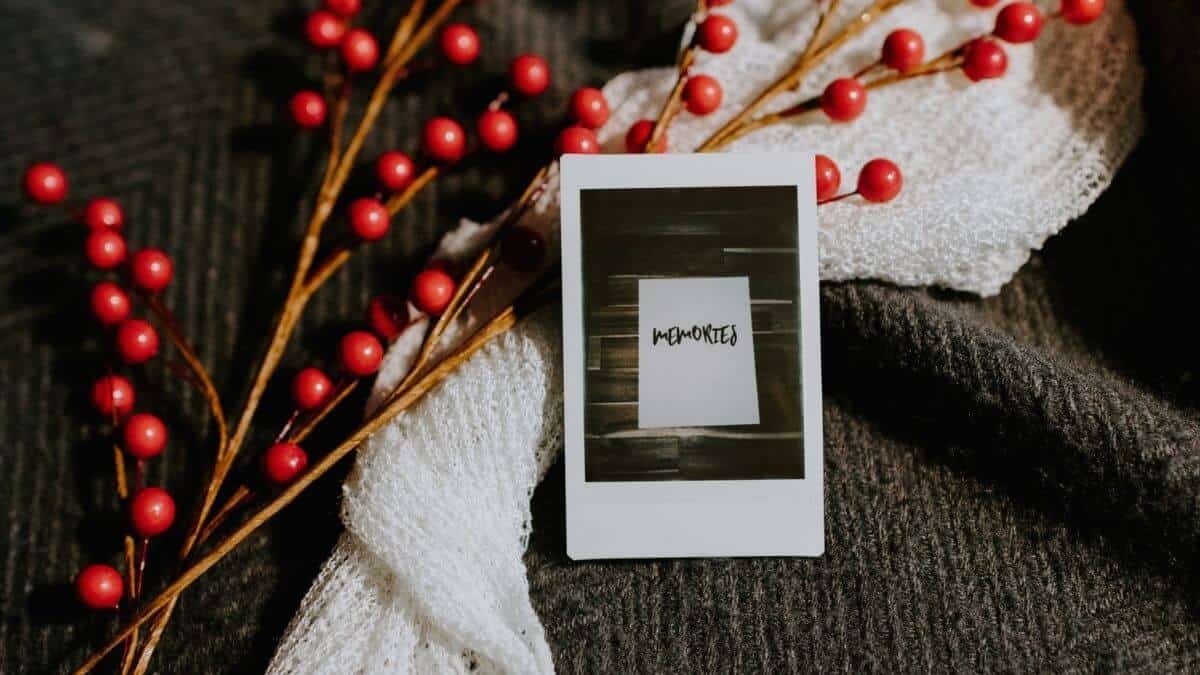 In this guide, we will cover the following topics for ‘recordar’ in Spanish:

What does ‘Recordar’ mean?

In Spanish, ‘recordar’ means ‘to remember’, ‘to recall’, ‘to reminisce about’ or ‘to remind’. As a result, it can be used to talk about memories, reminders and similarities between people or objects.

‘Recordar’ is an irregular verb. So, depending on the tense and the subject you use, the stem will change the ‘o’ to ‘ue’.

In the conjugation charts below, I’ll explain to you when and how you can conjugate ‘recordar’ in Spanish.

Join the Tell Me In Spanish community and get a copy of my tricky words cheat sheet, including the difference between ‘recordar’ and ‘acordarse’. You’ll also get my Spanish Learner’s Roadmap, showing you the exact Spanish language topics to learn.

Notice that in the present tense, nosotros and vosotros use the regular stem ‘record’, while the rest of the subjects use ‘recuerd’.

To conjugate to the preterite tense, you’ll need to use the regular stem ‘record’.

To conjugate recordar to the future tense, you’ll only need to add the proper endings to the infinitive verb.

Estamos recordando los viejos tiempos.
We are reminiscing about the old days.

All of the subjects, with the exception of nosotros and vosotros, will use the irregular stem ‘recuerd’.

If you want to conjugate ‘recordar’ to the imperfect subjunctive, you’ll use the stem ‘record’.

Se me olvidó traer tu libro, me hubieras recordado.
I forgot to bring your book, you should have reminded me.

¿Puedes creer que haya recordado mi nombre?
Can you believe that he remembered my name?

Remember that in the negative imperative form, you’ll need to follow the present subjunctive conjugation.

Take Note: ‘Recordar’ isn’t conjugated to the negative imperative very often. This is because it isn’t very common to order someone to not remember something.

How to Use ‘Recordar’ in Spanish with Examples

‘Recordar’ is a verb that directly relates to memory. As a consequence, it can be used in the following contexts:

In the sections below, I’ll explain to you what you need to do to use ‘recordar’ in each one of these contexts. To help you create your own sentences, I’ll include phrase structures and examples that you can use as guidance.

To talk about memories

One of the main uses of ‘recordar’ in Spanish is to describe that a person is recalling events or actions that took place in the past. As a result, ‘recordar’ can be translated as ‘to remember’, ‘to recall’ or ‘to reminisce about’.

Recordaré este momento por el resto de mi vida.
I will remember this moment for the rest of my life.

¿Recuerdas la vez que fuimos a acampar?
Do you remember the time we went camping?

If you want to talk about the thing or person that is being remembered without explicitly mentioning them in the sentence, you’ll have to add direct pronouns.

¿Me recuerdas?
Do you remember me?

Lo recuerdo a la perfección.
I remember it perfectly.

¿Quién es ella? No la recuerdo.
Who is she? I don’t remember her.

Take Note: Many Spanish learners confuse recordar with acordarse because both verbs can work as pronominal verbs and refer to memories. However, the difference between ‘acordarse’ and ‘recordar’ is that ‘recordar’ can only work with direct object pronouns while ‘acordarse’ is a reflexive verb.

No la recuerdo.
I don’t remember her.

La verdad, no me acuerdo de ella.
To be honest, I don’t remember her.

Since it’s related to memory, in Spanish, you can use this verb when describing that a person reminds someone else of something they have to do. As you may imagine, with this meaning, ‘recordar’ is the direct translation of ‘to remind’.

Te recuerdo que mañana es la entrega del proyecto.
I remind you that tomorrow is the delivery of the project.

¿Por qué no me recordaste que hoy no teníamos clases?
Why didn’t you remind me that we didn’t have classes today?

In other situations, ‘recordar’ is used to indicate that something or someone reminds you of another person or thing because they share a certain resemblance. So, in this case, ‘recordar’ is translated as ‘to remind’ or ‘to remind one of’. Notice that with this meaning you’ll also need to use indirect pronouns.

Me recuerdas mucho a mi hijo.
You remind me a lot of my son.

¿Este clima no te recuerda a la playa?
Doesn’t this weather remind you of the beach?

Mi papá me dice que le recuerdo a su hermano.
My dad tells me that I remind him of his brother.

These are some idiomatic expressions that use the verb ‘recordar’ that will help you expand your vocabulary and get closer to your goal of speaking like a native!

Recordar es volver a vivir is used to describe how memories are so powerful that it feels like you’re reliving past events through them. Its literal translation is ‘to remember is to live again’.

Recordar con cariño is useful to express affection. It can be translated as ‘to remember fondly’.

Synonyms of ‘Recordar’ in Spanish

Acordarse is an extremely common word in Spanish. It means ‘to remember’ or ‘to remind’ and it can be used in almost all of the same contexts as ‘recordar’.

Conmemorar is the direct translation of ‘to commemorate’. It is used in more formal contexts when talking about honoring the memory of a person or a historical event.

Rememorar is a very formal synonym of ‘recordar’. It can be translated as ‘to remember’, ‘to recall’ or ‘reminiscence on’.