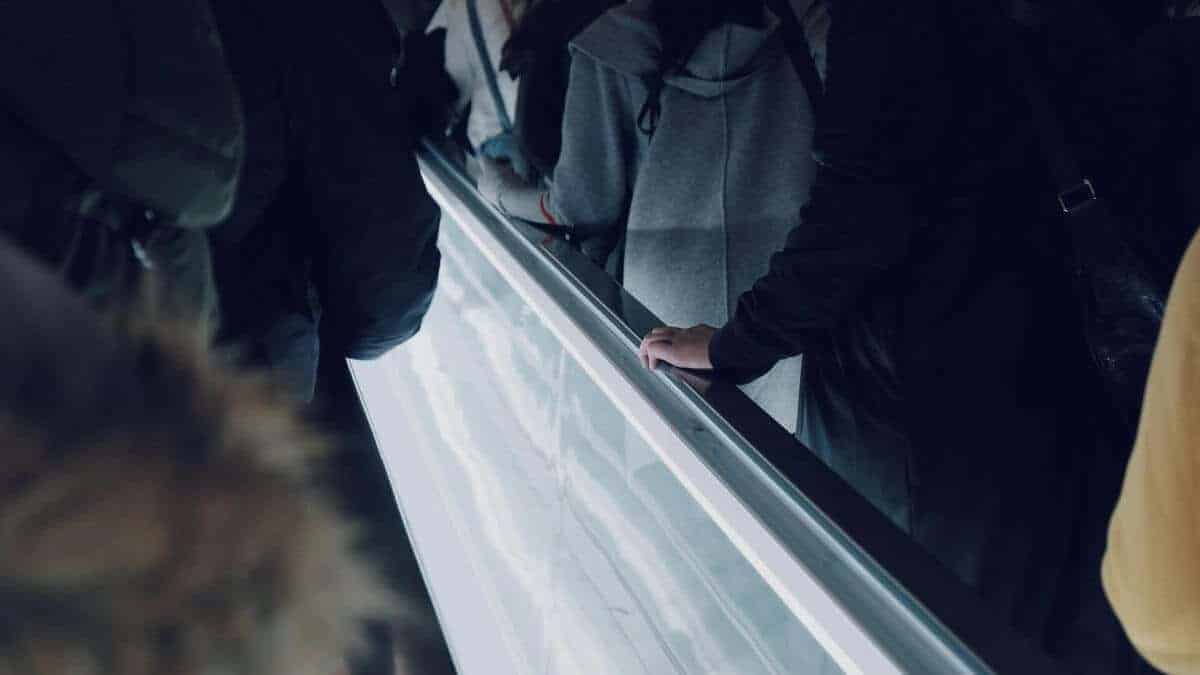 Definition – Con permiso is a Spanish expression that means ‘excuse me’. Depending on the context, it could also be translated as ‘If you’ll excuse me’. Although its translation is pretty straightforward, this phrase is only used in certain situations.

What does ‘Con permiso’ mean?

How and When to use ‘Con Permiso’?

Examples of How to Use Con Permiso

The following sections will help you understand better when and how to use con permiso properly.

To ask people/a crowd to move or let you pass

As mentioned above, in Spanish, ‘con permiso’ is the phrase that we use when we want to let people know that we’re going to pass. Here are some instances where you can use this phrase:

Although con permiso is always polite, in this context, it’s not considered extremely formal. Rather, it’s a phrase that we use to make people aware of our presence and of the fact that we want them to move. As a result, you can use them with all types of people.

This can also be applied to other contexts where people are doing other activities that will get interrupted when you pass by. Even though these examples may not show the whole context, keep in mind the description we gave you since they’ll help you understand when to apply this phrase.

Con permiso, voy a salir un momento
Excuse me, I have to leave for a moment

As a synonym of ‘If you’ll excuse me’

Con permiso can also be used as a polite, formal phrase that we use when we’re in someone’s house and we’re either leaving or going to another room. Other similar situations where you can apply con permiso with this meaning are:

Con permiso, yo me retiro
If you’ll excuse me, I’m leaving

Fue un gusto conocerla, con permiso
It was very nice to meet you, if you’ll excuse me

Con permiso, vamos a pasar a la sala
If you’ll excuse us, we’ll go to the living room

Although in English this phrase may sound too formal or outdated, in Spanish, it’s very common to use it in the situations mentioned above. In this context, con permiso is a way to show respect and politeness for the people and their house/office.

When reaching across someone at the table

Another use of con permiso is a polite way to let people know that you’re going to bend your body or to stretch your arm to reach something and you’re going to cross over them. Usually, this is a very common situation when eating with others.

In the previous examples, we can see that you use con permiso and add more information about the object that you want to reach. However, it’s also very common to use only con permiso because, by context, people know that you’re going to be trying to reach something and that they’re on your way.

Who Can You Use ‘Con permiso’ With?

Con permiso as a synonym of ‘If you’ll excuse me’ is only used in very formal situations and with people that are either:

Usually, we use this expression as ‘If you’ll excuse me’ when visiting our friends or partner’s house. It can also be applied when you’re in an office building and you’re moving to another room.

If you’re using con permiso as a synonym of ‘excuse me’ you can use it in both formal or informal situations. Be aware that it’s possible that young people may have some variations of this phrase.

When using con permiso something that you need to keep in mind is that even though it means ‘excuse me’, you cannot use this expression in all contexts where you would use this English phrase. In Spanish, we have different words for ‘excuse me’ and each of them should be applied in the correct situation. In this article, you can learn more about how to say excuse me in Spanish.

Other Ways to Say ‘Con Permiso’.

Here are other synonyms that you can use to replace ‘con permiso’ when needed.