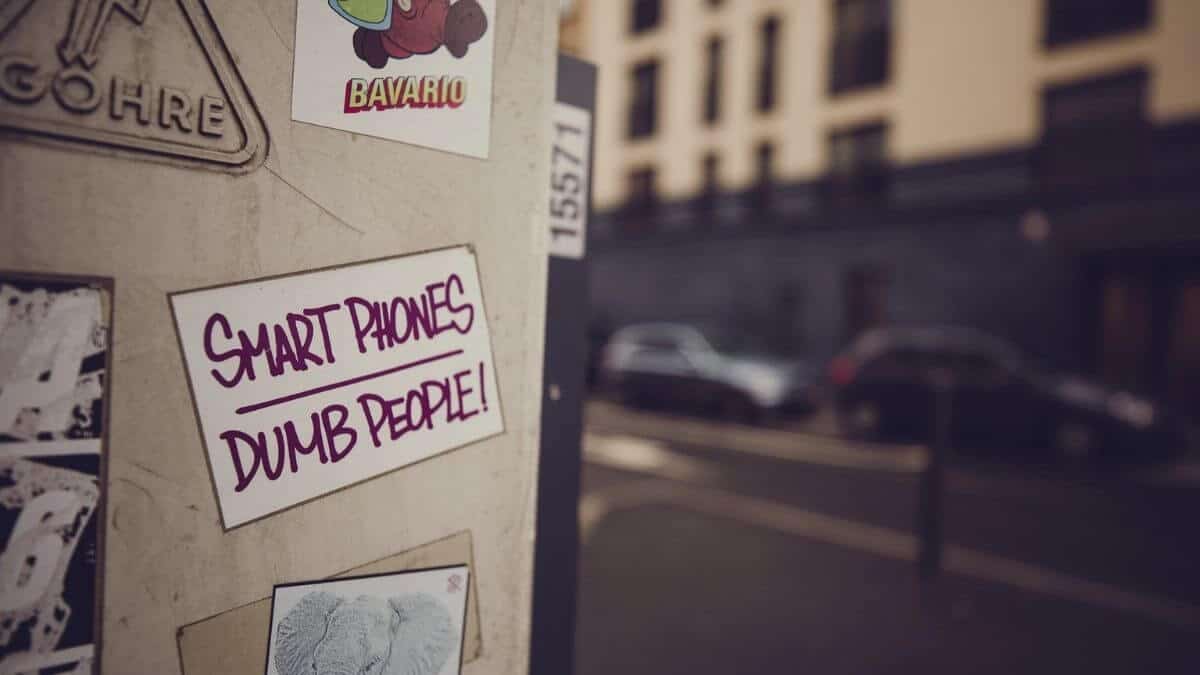 Just like in any other language, there are different ways to say dumb in Spanish and even though this vocabulary is extremely tempting to call or describe your friends, the truth is that these words also allow you to refer to foolish situations or actions.

Since this vocabulary can be quite helpful, in this article, I’ve compiled a list of 10 common ways to say dumb in Spanish. In addition to examples, I’ve also included some descriptions so you know how and when to use each one of these words.

By the end of it, you’ll have a wide range of options to say ‘dumb’ and ‘silly’ in Spanish.

In Latin American Spanish, menso is one of the most common ways to say ‘silly’, ‘dork’ or ‘dumb’. Although nobody likes to be called silly, ‘menso’ is not a rude or a curse word. In addition to qualifying people, this word can also be used to talk about objects or situations.

‘Menso’ refers to singular masculine people or things. As a result, you’ll need to use mensa when referring to feminine subjects and plural forms when talking about more than one person. Here are some examples of how to use this word:

La neta, la película está muy mensa, no la veas.
To be honest, the movie is very dumb, you shouldn’t see it.

Notice that, in Spanish, when using menso (and any other adjective), you can precede this word with qué as a way to give your opinion or reaction to someone’s behavior or actions.

As you may already know, tonto is one of the most common ways to say ‘dumb’ in Spanish. ‘Tonto’ can express that a person is not very smart or is a little bit naive. So, depending on the context, it can be translated as ‘dumb’, ‘fool’, ‘foolish’, ‘silly’, ‘slow’, ‘naive’, ‘dummy’ or ‘stupid’.

Remember that, as an adjective, tonto has a feminine form (tonta) and plural forms (tontos, tontas) that will be used depending on who you’re referring to. Below is a phrase structure that you can use to apply this word. If you want, you can intensify your sentence by using an adverb.

No seas tonto, Charlie, no te conviene renunciar.
Don’t be a fool, Charlie, you don’t want to quit.

Cuando era más chica, era muy tonta y confiaba en todos.
When I was younger, I was very dumb and I trusted everyone.

Just like in English, in Spanish, you can use this word as a noun. To put it in lay terms, tonto (and all its forms) can be used as a way to call or name a person.

Even though you may not know this word, tarado is another word that speakers use as a way to say ‘dumb’ in Spanish. ‘Tarado’ is not a bad word, but since it implies that something is defective (in this case, your intelligence), it can be a slightly aggressive way to say ‘dumb’. As a result, you may want to limit its use to your friends.

With this meaning, ‘tarado’ is close in meaning to ‘fool’, ‘moron’, ‘stupid’ or ‘dumb’ and it’s more popular in Latin American Spanish. Notice that you can either use this word to describe someone (adjective) or as a way to call them (noun).

Qué tarada, se me olvidaron las llaves.
So stupid, I forgot my keys!

¡Tarados, se van a lastimar!
You’re going to hurt yourselves, you fools!

Oye, tarado, ¿dónde dejaste mi cartera?
Where did you leave my wallet, moron?

Take Note: In Castilian Spanish, tarado can be used to express that a person is mad or crazy.

Bobo is a cutesy and almost sweet way to say ‘dumb’ in Spanish. Although this word is quite popular among women and children, men can also use it if they don’t want to sound offensive or aggressive when calling someone dumb.

Just like ‘tonto’, bobo also implies some degree of naivety. Depending on the context, it can be translated as:

Notice in the examples above that, depending on how it’s being used, bobo can be preceded by adverbs or nouns that allow you to intensify the word or to indicate who you’re talking about.

As you may imagine, estúpido is the direct translation of ‘stupid’. This word can also be used to describe that someone or something is silly in Spanish. Even though this is not a bad word, it can be perceived as too aggressive when used to qualify a person.

For that reason, you may want to use ‘estúpido’ among your friends. Here are some examples of how to use this word:

In informal contexts, people also use estúpido and its feminine form estúpida as a funny way to call or name their friends. This is so popular that it is actually used to create memes in Spanish. In this context, ‘estúpido’ can be translated as ‘idiot’.

¡Estúpida! Me rompiste el celular.
Idiot! You broke my phone.

¡Oye, estúpido, cóntestame!
Hey, you idiot, pick up the phone!

Mentecato is a word that you can use in Spain and Colombia to say ‘dumb’. Although other countries may also be familiar with this term, the truth is that it can be considered a very formal and old-fashioned term. ‘Mentecato’ means ‘dumb’, ‘moron’, ‘stupid’, ‘idiot’, and ‘fool’.

Unlike other words on this list, this term is more commonly applied to refer to people. Here are some examples of how to use this word:

Tu primo es un mentecato.
Your cousin is such an idiot.

Even though they’re popular terms, most Spanish learners don’t know that lelo and lela are also common ways to express that something or someone is silly or dumb in Spanish. These words can be translated as ‘dummy’, ‘fool’, ‘moron’, ‘stupid’ or ‘dull’.

Eres una lela, llevo esperándote horas.
You’re such a fool, I’ve been waiting hours for you.

Este lelo no me dijo que hoy teníamos examen.
This dummy didn’t tell me that we had a test today.

Esas películas se me hicieron muy lelas.
To me, those movies were too dull.

No sean lelos, si no vamos a la escuela, vamos a reprobar.
Don’t be stupid, if we don’t go to school, we’re going to fail.

Notice that when you’re describing or qualifying an object or a person (underlined examples), you need to use a verb (in this case, ‘ser’). However, you won’t do this when using ‘lelo’ to call or name a person (example #2).

Take Note: Many Spanish learners confuse lelo and lela with object pronouns. But remember that when having double object pronouns in a sentence le will change to se to avoid confusing these pronouns with ‘lelo’ and ‘lela’ which we just learned mean ‘dumb’.

In Spanish, bruto is a word with multiple meanings. One of its most common uses is to express that a person is clumsy or not very smart. As a result, in this context, ‘bruto’ is close in meaning to ‘idiot’, ‘stupid’, ‘ignorant’ or ‘thick’.

With this meaning, ‘bruto’ works as an adjective. Here are some phrase structures with the elements that you need to use:

No sean brutos, se van a caer.
Don’t be stupid, you guys are going to fall.

Instead of using ‘bruto’ with a verb, you can also use it in a single expression as a way to react or give your opinion about someone’s actions. Notice that in this context, you can place this expression either at the beginning or end of a sentence.

¡Qué bruta! Se me olvidó pagarle a Jenny.
I’m such an idiot! I forgot to pay Jenny.

Take Note: In other contexts, ‘bruto’ can be used to talk about earnings, raw materials or to express that a person is violent. So, make sure you pay attention to the context where this word is being applied.

In Mexican Spanish, güey or wey is one of the most popular ways to say ‘dumb’. Since this is a slang word, it’s only suitable for informal situations. With this meaning, ‘güey’ is close in meaning to ‘dumb’, ‘silly’, ‘idiot’ or ‘fool’ and it’s commonly used to describe people.

Keep in mind that, even though it’s working as an adjective, ‘güey’ doesn’t have a feminine form. Also, with this meaning you’ll need to use the verb estar or ser and, if you want to intensify your sentence, you can add some adverbs. Here is how you do it:

¡Qué güey estás! ¿Por qué escribiste esto?
You’re such an idiot! Why did you write that?

Están bien weyes si creen que sus papás no se van a enojar.
You’re very dumb if you think that your parents are not going to be angry.

Take Note: Güey is a very rich word in Mexican Spanish. As a result, its meaning can change depending on how it is being applied.

Necio is another common word that you can use to say ‘dumb’ or ‘silly’ in Spanish. This word is slightly more common in Castilian Spanish and you can also see it in formal contexts such as books, movies, or tv shows. ‘Necio’ can be translated as ‘fool’, ‘dumb’, ‘silly’ or ‘foolish’.

Depending on how it’s being used, necio and its feminine form necia can work either as an adjective or as a noun. Here are some examples of how to use this word.

No seas necia y escucha a tu mamá.
Don’t be dumb and listen to your mom.

Actué como una necia, espero que puedas perdonarme.
I behaved like a fool, I hope you can forgive me.

Take Note: In other situations, necio can be used as a synonym of ‘stubborn’.

Most learners know that they can use tonto to say ‘dumb’ in Spanish. However, there are so many other popular words that you can also use in this context and that can help you improve your vocabulary.

For that reason, in this article, we’ve learned 10 different ways to say “silly” and “dumb” in Spanish.

Although all of these words are common, remember that some of them might be more suitable in certain situations than others.

Now you know popular terms that you can start using right away!

In this short guide, we will cover the following topics for ‘salir’ in Spanish: What does ‘Salir’ mean?‘Salir’ ConjugationsHow to Use ‘Salir’ in SpanishTo describe the action of...