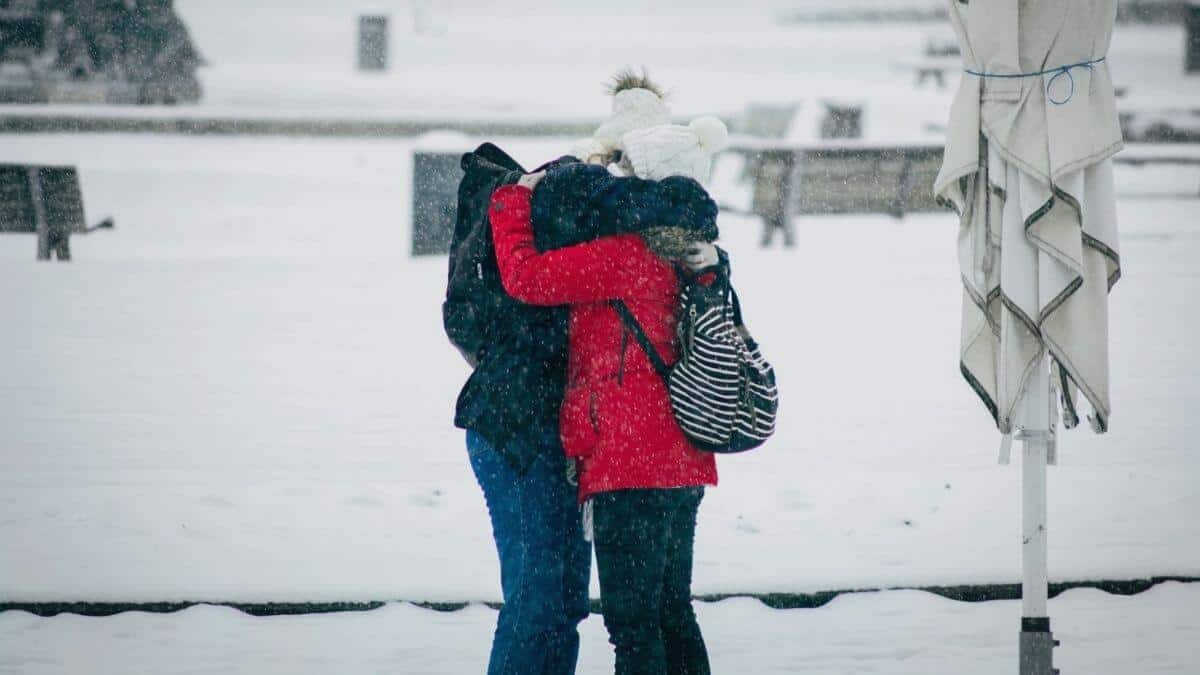 ‘¿Cómo estás?’ is a common question to start a conversation in Spanish, but also to inquire how the other person is doing. Life would be too easy if we could always reply with ‘well’ or ‘fine’. But since we’re not always in the same emotional place, many students wonder how to respond to ‘¿cómo estás?’.

In Spanish, there are different expressions that people use to reply to ¿cómo estás? Some of the most common answers include:

Although you may already know some basic words to respond to ‘how are you?’ in Spanish, there are other super popular expressions that you could use in this context. Since this will help you apply your Spanish in a more natural way, in this article, I’ve compiled 7 ways to reply to cómo estás.

In addition to a description of how to use each one of these options, I’ve also included popular variations, examples, and phrase structures to help you include these expressions into your conversations. By the end of this, you’ll be able to answer back to ‘¿cómo estás?’ when someone asks in a more precise way!

As you may imagine, one of the most common ways to reply to ‘cómo estás’ is by using the word ‘bien’ which can be translated as ‘fine’, ‘well’, ‘all right’ or ‘okay’. Since it’s a standard term, you can use ‘bien’ in both formal and informal situations.

On its own, ‘bien’ is kind of a flat response. So if you want to intensify your answer, you will need to use some adverbs. Here are some examples and a formula that you can use when using ‘bien’ in this context.

Yo estoy muy bien, gracias, ¿y tú?
I’m very well, thank you, how about you?

Deberías hablar con Joel, no ha estado bien.
You should speak to Joel, he hasn’t been well.

He estado bastante bien, ¿cómo están tus papás?
I’ve been very well, how are your parents?

Here are some variations that you could use instead of ‘bien’:

Notice that the last two variations can be used to describe physical appearance in Spanish. However, they’re also a playful and saucy answer to ‘¿cómo estás?’. We do this (well, I’m too shy to do it) because, in other contexts, bien is used to intensify qualities.

So this allows people to play with this word when replying to ‘¿cómo estás?’. It’s excellent as a funny or flirty answer, but you wouldn’t use it in formal situations. Trust me, you don’t want to use ‘bien bueno’ if your teacher asks you ‘how are you?’.

In Spanish, más o menos is a common expression that you can use when things are neither going great or bad. While it’s literal translation is ‘more or less’, when responding to ‘¿cómo estás?’, más o menos is translated as ‘so, so’, ‘alright’ or ‘not bad’. Below are some variations of this expression that you can also use to convey the same meaning:

Since we’re talking about a temporary state, any of these expressions work either with ‘estar’,  or its informal synonym ‘andar’. As you may imagine, we usually match ‘andar’ with the more informal expressions. Here are some examples:

Creo que está regular, no hable mucho con ella.
I think she’s feeling so, so, I didn’t speak too much with her.

Mal is the opposite of ‘bien’. As a result, if things are not going well or you feel a bit down, you can use this word when responding to ‘how are you?’ in Spanish. ‘Mal’ can be translated as ‘not doing well’ or ‘bad’ and it can be used in both formal and informal contexts.

Below are some examples and phrase structures that you can use. Although it’s optional, you can add an adverb to intensify your answer:

Cristina está muy mal porque cortó con su novio.
Cristina is not doing very well because she broke up with her boyfriend.

Although ‘mal’ is very common, if you’re learning Mexican Spanish, there are other informal expressions that you can use instead of this word. Keep in mind that these variations are only suitable for casual contexts and can also be used to describe something.

Take Note: In this context, people often confuse malo and mal. However, since ‘malo’ is an adjective that describes people or objects rather than an emotional state, we never use this word to respond to ‘how are you?’.

In Spanish, ‘cansado’ is another common way to answer to ‘¿cómo estás?’. ‘Cansado’ is a past particple adjective that helps you describe a physical and mental state. So, as you imagine, there are other words like this that you can use in this context. Some of the most popular include:

Notice that, since these words are Spanish past participle adjectives, they need to change to match the gender and number of the subject that you’re describing. Here are some examples:

Related Resource: 7 Ways to Say that You’re Busy in Spanish

If you were asked ‘¿cómo estás?’ in a more formal situation, you can use ‘excelente’ to replyto this question. Since it can be translated as ‘excellent’ or ‘great’, we only use this word when things are going really well.

Although you can use this word among your friends, you may sound too formal. Instead, you could use genial which is also translated as ‘great’. These words are already very strong, so there’s no need to add adverbs or adjectives to intensify them.

Yo estoy genial, ¿qué tal ustedes?
I’m great, what about you guys?

Vi a Lucy y su bebé, los dos están excelente.
I saw Lucy and her baby, both of them are excellent.

In more casual conversations, ‘ahí andamos’ can be used as an informal way to answer back to ‘how are you?’ in Spanish. We use this phrase to imply that things are well despite the fact that we’re having issues or we’re struggling with something. As a result, it can be translated as ‘not too bad’ or ‘so, so’.

As variations, you can use ahí la llevo which is popular in Mexican Spanish and voy tirando which is only used in Castilian Spanish. Notice that ‘ahí andamos’ and ‘voy tirando’ work with verbs, so make sure you conjugate them properly.

Clara y Leo no tienen trabajo, pero van tirando.
Clara and Leo don’t have a job, but they’re not too bad.

This expression is the direct translation of ‘I can’t complain’. So it’s a positive expression that we use to say that things are going well when responding to ¿Cómo estás?. It’s pretty common among Spanish speakers, so it’ll make you sound like a pro!

Although it isn’t a rule of thumb, no me quejo is more commonly used when talking about our own situation. In other words, unlike other expressions from this list, we can’t customize this phrase to tell people how others are doing.

Me ha ido bien, no me quejo. ¿Y tú qué tal?
Things are going well, I can’t complain, what about you?

La verdad no me quejo. Sí tengo mucho trabajo, pero me gusta.
To be honest, I can’t complain, I have a lot of work, but I like it.

Although bien and mal might be the most common ways to respond to ‘¿cómo estás?’, the truth is that there are many common expressions that we use in Spanish to reply to this question. If only things were as easy as saying bien and mal 🙁

Since this can actually improve your communication skills, in this article, we’ve learned 7 expressions that you can use when answering to ‘how are you?’ in Spanish. Remember that some of these expressions may be more suitable for some countries than others.
Now, you’re ready to start implementing these expressions into your conversations! ¡Buena suerte!