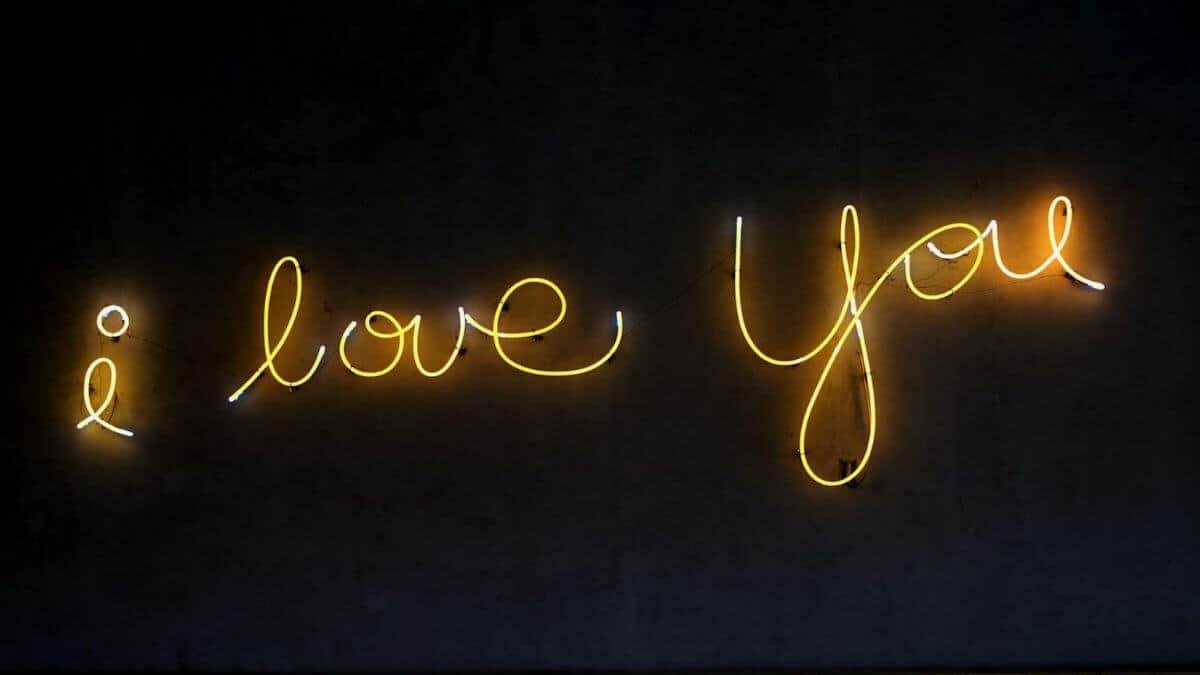 Even though ‘amar’ and ‘querer’ are used to express affection to someone else, their meaning is slightly different, therefore, we cannot use them in any situation and with anyone. For this reason, new Spanish speakers may get confused when trying to say ‘I love you’ to their families, friends or partner.

So what’s the difference between ‘amar’ and ‘querer’? ‘Te amo’ and ‘te quiero’ express affection for someone else. Although in this context, both verbs are translated as ‘to love’, amar has a greater and deeper degree of affection than querer. Querer is also used to talk about desires (to want).

Depending on the context, these Spanish verbs may be translated as ‘to love’. However, you need to learn their nuances in meaning so you can apply them properly. In this article, we’re going to discuss the difference between ‘amar’ and ‘querer’ as well as some of their most common uses. On top of this, we’ll talk about the people with whom you can use each one of these verbs. Hopefully, by the end of it, you will be able to use ‘amar’ and ‘querer’ correctly.

What’s the difference between ‘amar’ and ‘querer’?

Amar is the direct translation of ‘to love’ and it’s used to express the greatest and deepest degree of affection. As a result, we use them in meaningful relationships or with very special people.

Querer is the ‘light’ version of ‘amar’. In other words, ‘te quiero’ is also a phrase that expresses affection; however, it doesn’t have such a romantic or intimate connotation.

‘Querer’ is also used to talk about your desires which can be either activities, events, objectives or objects. In this case, this Spanish verb would be translated as ‘to want’.

In the following sections, we’ll discuss in-depth the different uses of ‘amar’ and ‘querer’ and we’ll tell you with whom it’s more common to use one or the other.

Amar in Spanish – Meaning and Uses

‘Amar’ is the direct translation of ‘to love’ and just as the English verb, it has different uses in Spanish. Here are some of the most common ones.

Amar: showing affection to someone else

As mentioned before, amar is one of the verbs that we use to express our affection for someone else. This Spanish verb is reserved for demonstrating the greatest and deepest love, as a result, it can be considered very intimate. There are two grammar structures that you can follow to use ‘amar’ in Spanish:

Te amo I love you

You can also add some adverbs to make your phrase a little bit stronger. For instance:

If instead, you wanted to express that a friend loves someone, you’ll need to make some adjustments to the structure. Be aware that even though the English translation remains the same, in Spanish, we need to add a preposition.

With whom you’ll use amar:

Amar: talking about things that you like very much

In some Latin American countries (Colombia, México, Costa Rica, Guatemala), ‘amar’ is also used to express that you like something strongly. For example:

Even though in English these examples are correct and can be used in formal and informal contexts, in Spanish, this use of amar is quite informal. Additionally, you also need to pay attention to be sure that the Spanish country you’re in uses amar this way.

For countries like Spain and Argentina, the previous examples sound unnatural because they consider that you cannot have such deep feelings for an object. If you want to play it safe and use standard Spanish, you should say something like this:

Be aware that in Spanish we have different verbs for the word ‘to love’ and choosing one or the other will depend on both your degree of affection and the person/object you’re referring to. In this case, encantar is the correct choice for using standard Spanish: remember that ‘amar’ as a synonym of liking an object is only used in some countries.

Synonyms for Amar: ‘Adorar and Encantar’

In Spanish, when you learn how to use ‘amar’, you also need to learn some synonyms for this verb such as encantar and adorar. Just as ‘querer’ and ‘amar’, in some contexts, encantar is also a translation of ‘to love’. However, in Spanish, there are some nuances in meaning between these verbs which prevent us from using them interchangeably. Unlike ‘amar’, encantar doesn’t express affection, it expresses that you like something or someone strongly.

When talking about objects or activities, adorar is also used to express that you like something very much. However, when referring to a person it would be translated as ‘to adore’.

Even though in some contexts, the three verbs are translated as ‘to love’, be aware of the situations we can apply them. Also, keep in mind that the conjugation of encantar doesn’t follow the same rules than ‘querer’, ‘amar’ and ‘adorar’.

Querer in Spanish – Meaning and Uses

When used as a way to express affection, ‘querer’ is translated as ‘to love’. Although in other languages you may not have these verbs, in Spanish, ‘querer’ is less strong or deep than ‘amar’. Therefore, we used it in more situations. Here are some examples.

Te quiero mucho I love you very much

Something that you need to keep in mind when using ‘querer’ is that it is rarely used as a synonym of ‘I want you’. This is due to the fact that ‘querer’ expresses feelings and affection while ‘I want you’ may be understood as a romantic or physical desire.

With whom you’ll use querer:

Another common use of ‘querer’ is to talk about your desires, which can be objects, activities or objectives. In this case, this verb will follow its direct translation: ‘to want’. Here are some of the phrase structures you need to learn:

To talk about the activities/objectives you want to do

This is one of the most common ways to use ‘querer’ to talk about your desires, be aware that in the following structure you need two verbs and the second one is the verb that is going to express the activity you want to do.

To talk about objects you desire.

This structure is very common when ordering food and drinks. In this article, I’ll show you how to use querer, as well as other common phrases, to order your drinks in Spanish properly.

In this article, we discussed the difference between ‘amar’ and ‘querer’. We learned that even though these verbs are translated as ‘to love’, in Spanish, they have some nuances in meaning.

Remember that ‘amar’ shows a greater and deeper affection than ‘querer’. As a result, we can say ‘te amo’ to our family or partner. We also discussed that ‘querer’ is used to talk about your desires. Now that you know the difference between these verbs, it’s time for you to apply them in their correct context.

Does ‘Te quiero’ mean I want you? Even though ‘querer’ is the direct translation of ‘to want’, in Spanish, te quiero shows affection, as a result, it would be translated as ‘I love you’. If the phrase ‘I want you’ expresses a physical desire, in Spanish, we would say Te deseo.

What’s the difference between gustar, encantar and querer? ‘Gustar’ is used to talk about your likes and dislikes and they can be either activities, objects or people. ‘Encantar’ expresses that you like something or someone strongly and ‘querer’ is meant to talk about the things you desire. However, be aware that when talking about people, ‘querer’ expresses affection and, therefore, is translated as ‘I love you’.

link to 6 Ways to Say Good in Spanish

Just like in English, the word ‘good’ is very useful and it can be applied to many different contexts. Since depending on what you want to say, you will need to use a different term, people often...

In this short guide, we will cover the following topics for ‘tomar’ in Spanish: What does ‘Tomar’ mean?‘Tomar’ ConjugationsHow to Use ‘Tomar’ in SpanishDescribing that someone is...