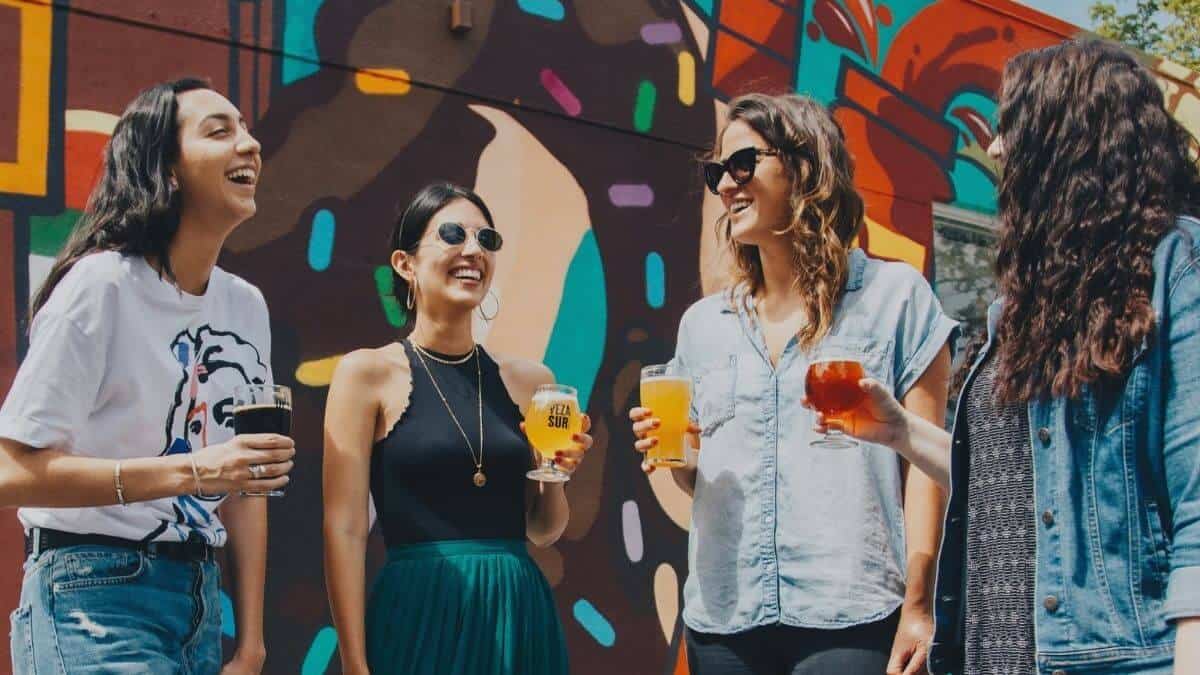 In this short guide, we will cover the following topics for ‘tomar’ in Spanish:

What does ‘Tomar’ mean?

Depending on the context, in Spanish, ‘tomar’ means ‘to take’, ‘to drink’, ‘to grab’ or ‘to make’, and as a result, it can be used in a wide range of contexts. Some of them include talking about drinks, medicine, transportation and decisions.

In Spanish, ‘tomar’ is a regular verb. This means that the stem you’ll use to conjugate to every tense will be ‘tom’ with the exception of the future and the conditional tenses. For these tenses, you’ll have to use the infinitive form.

Hueles a alcohol, ¿estuviste tomando?
You smell like alcohol, have you been drinking?

¿Alguna vez has tomado clases de canto?
Have you ever taken singing lessons?

Nunca he tomado el metro en mi vida.
I have never in my life taken the subway.

No + [‘tomar’ in present subjunctive] + [complement]

No tomes tanto refresco.
Don’t drink so much soda.

How to Use ‘Tomar’ in Spanish with Examples

There are several contexts in which you can use the verb ‘tomar’. In the next sections, I’ll explain to you what those contexts are and give you some examples to help you have a clear understanding of how to create new sentences.

Describing that someone is grabbing something

As the direct translation of ‘to take’ and ‘to grab’, in Spanish, we mostly used ‘tomar’ to describe that someone is grabbing or taking an object or another person. Below are some examples and a phrase structure that you can use as guidance.

¿Tomaste las llaves?
Did you take the keys?

Notice in example #4 that when something is holding or grabbing from something or someone else, you’ll need to use prepositions.

To talk about drinks

A very common use of the verb ‘tomar’ is to talk about drinks. In this case, when the sentence doesn’t specify the type of drink, people are usually referring to an alcoholic beverage.

Cuando hace frío tomas mucho café.
When it is cold you drink a lot of coffee.

In Spanish, you need to use ‘tomar’ when talking about ingesting medicine and things like supplements and vitamins. As a result, in this context, this verb is also translated as ‘to take’.

In these contexts, ‘tomar’ is frequently used as a reflexive verb, so you will need to add reflexive pronouns before the conjugated verb.

Me tomé dos aspirinas pero no hicieron efecto.
I took two aspirin but they didn’t work.

To indicate what type of transportation someone used

Si tomamos autobús, va a salir más barato.
If we take the bus, it will be cheaper.

Take Note: We use ‘tomar’ to refer to taking a form of transportation when we’re the passengers. If you’re going to drive or operate the vehicle, tomar is used to let someone know (like a family member) that you’re going to use the car.

Expressing people’s attitude towards something

As the direct translation of ‘to take’, we also use ‘tomar’ to talk about someone’s attitude or emotional approach to a certain situation. In this context, you’ll need to add one or both object pronouns, depending on the elements that you want to mention in the sentence.

¿Por qué todo lo tomas en broma?
Why do you take everything as a joke?

Notice in the examples below that the situations that the sentences are referring to are implicit. So, in this case, you’ll need to add a direct object pronoun that will refer to that situation that all the other speakers already know about.

You’ll also need to add an indirect object pronoun to mention the person that is being affected (or not affected) by this situation.

¿Crees que se lo tomen bien?
Do you think they will take it well?

Fue muy vergonzoso pero me lo tomé con humor.
It was very embarrassing but I took it with humor.

In Spanish, we don’t use the verb ‘hacer’, like you’d do in English, to talk about making choices and decisions. Instead, we use the verb ‘tomar’ which in this case is the direct translation of ‘to make’. Check the examples below so you understand how to apply this meaning correctly.

Creo que tomamos la decisión correcta.
I think we made the right choice.

An important part of improving your Spanish is understanding expressions and idioms, so here are some of the most used ones to help you have an authentic approach to the language.

Tomar al toro por los cuernos refers to handling a situation in a direct way and without hesitation. It means ‘to take the bull by its horns’.

Tomar el pelo is used to express a person tricking or fooling someone else. It could be translated as ‘to trick’ ‘to fool’ or ‘to tease’.

Tomar a pecho describes that a person takes something very serious and it usually has a negative connotation. It can be translated as ‘to take something to heart’.

Synonyms of ‘Tomar’ in Spanish

Beber means ‘to drink’. Although it’s also a standard term, people may use ‘tomar’ more often when referring to drinking something.

Agarrar is translated as ‘to grab’. ‘Agarrar’ is a little bit more casual than ‘tomar’ so it is very frequently used.

Ingerir is the direct translation of ‘to ingest’. It’s more commonly used in medical contexts.

Decidir is the direct translation of ‘to decide’. So, just like in English, in Spanish this verb is formally used when talking about choosing or making decisions.

Related Resource
How to Order Drinks in Spanish