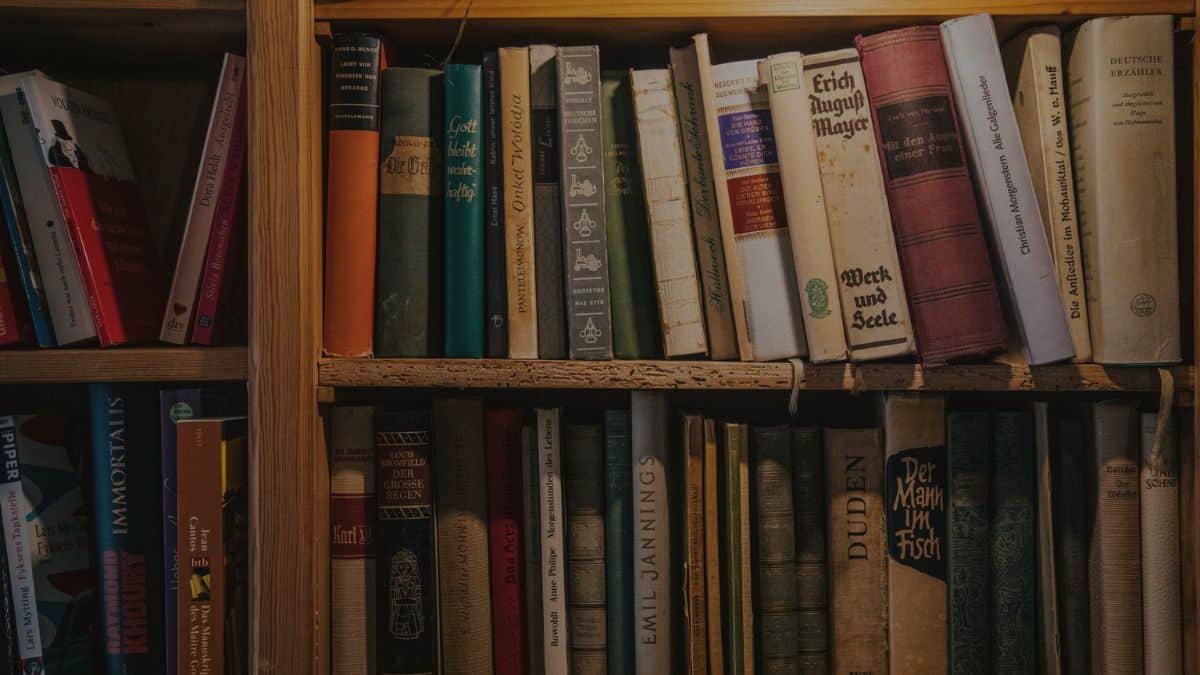 Spanish has a few sets of words that can be challenging to understand because, on the surface, they seem to mean the same thing. Saber vs conocer are part of that list of tricky words. Have you ever been in a situation where you wondered if you had used these verbs correctly? I bet you have!

There’s no shame in that! In fact, many Spanish learners want to know what the difference between saber and conocer is. For that reason, I’ll provide you with some easy guidelines, so you understand how to use these verbs once and for all.

Here are the key topics you’ll learn in this article:

What Do ‘Saber’ and ‘Conocer’ in Spanish Mean?

In Spanish, both ‘saber’ and ‘conocer’ can be translated as ‘to know’. Given that they allow you to talk about the things, places, or people you know, these Spanish verbs are essential for your communication.

But, even though they share the same translation, saber and conocer are not interchangeable words. If you use one verb instead of the other, you will be communicating in broken Spanish, or you may not be able to convey your ideas properly.

¿Sabes esta canción?
Do you know this song?

¿Conoces esta canción?
Do you know this song?

These are just several examples of common mistakes Spanish learners make. As you’ll learn later, we don’t use the verb ‘conocer’ when referring to phone numbers.

In example #2, by using ‘saber’ in this context, you’re asking me if I know the lyrics (or can play the song, depending on the context). However, if you meant to ask me if I have ever heard that song, you should have used ‘conocer’.

So, let’s explore how saber vs conocer are used in Spanish, shall we?

Join the Tell Me In Spanish community and get a copy of my tricky words cheat sheet, including the difference between saber and conocer. You’ll also get my Spanish Learner’s Roadmap, showing you the exact Spanish language topics to learn.

What Is ‘Saber’ Used for?

In Spanish, the verb ‘saber’ refers to knowledge, the ability to perform an activity or something’s flavor. As a result, we use ‘saber’ to:

Use #1: Talking about information and knowledge

Since it deals with abstract concepts (knowledge), this is by far the most challenging application of ‘saber’. In this context, this verb expresses that someone has a certain degree of comprehension or knowledge about something.

As you can imagine, this can be applied to a wide range of situations. However, some common cases that you can relate to are:

Describing your knowledge about a topic

The verb ‘saber’ allows you to explain the knowledge you have about different topics, which can include:

For this situation, you can use adverbs to express how much you know about a specific subject.

No sabes nada, Jon Snow.
You know nothing, Jon Snow.

¿Sabes cuándo es el concierto?
Do you know when the concert is?

Pregúntale a Claire si sabe dónde está la plaza.
Ask Claire if she knows where the mall is.

Explaining that you found out new information about someone or something

This use is appropriate when finding news about your friends or any other topic. So, in this case, ‘saber’ can be translated as ‘to know’ or ‘to hear’. Because you’re learning about something that already occurred, you must conjugate the second verb in the past tense:

Ya sé que rompiste mi celular.
I already know that you broke my phone.

¿Supieron que cancelaron el concierto?
Did you guys know that they canceled the concert?

Indicating that you know certain information by heart

Since it’s closely related to knowledge, you use ‘saber’ to talk about the things you’ve memorized or know by heart, including addresses, phone numbers, birthdays, facts, etc. In this case, you may use the pronominal form saberse to emphasize your knowledge.

Use #2: Describe things you know how to do

A unique use of ‘saber’ in Spanish is to talk about your skills and the things you’re able to do. To use it for this meaning, you’ll use a verb in the infinitive form that describes the activities you know how to do.

¿Ustedes saben hornear galletas?
Do you guys know how to bake cookies?

If you want to emphasize how to do something, you can use this formula:

¿Sabes cómo llegar al aeropuerto?
Do you know how to get to the airport?

No sé cómo conjugar en futuro.
I don’t know how to conjugate to the future tense.

Use #3: Describe the flavor of something

Although this use is not conflicting with ‘conocer’, you should still know that saber can be used to talk about the taste or flavor of something. In this context, ‘saber’ can be translated as ‘to taste’, ‘to have a taste’, or ‘to have a flavor’.

¿Cómo saben las galletas?
How do the cookies taste?

En mi opinión, todo sabía a mucha sal.
In my opinion, everything had a very salty taste.

‘Saber’ is a highly irregular Spanish -ER verb. As a result, you can use the following graphic to check some of the most basic conjugations of the verb ‘saber’.

Take Note: For the first persona singular (Yo), saber always has an accent mark. This allows us to distinguish between ‘sé’ (verb saber) and the pronoun ‘se’.

No sé nada de matemáticas.
I don’t know anything about math.

On top of understanding how ‘saber’ works, you should also learn some basic idioms with this verb that can help you sound more natural. Here are the most common ones:

Que yo sepa Carlos no va a venir.
As far as I know, Carlos is not coming.

Uses of ‘Conocer’ in Spanish

So far, you’ve learned that saber means ‘to know’, and it expresses a person’s knowledge. Conocer, on the other hand, simply indicates that a person is familiar with something. Although this may look like a big gray area to you, the nuance in meaning can be considerable.

Sí sé dónde está el museo
I know where the museum is.

#1 establishes that I know some information about the museum: in this case, its location. But, example #2 expresses that I’m familiar with that particular museum because I’ve visited or seen it before.

As a result, ‘conocer’ lets you convey that you’re familiar or acquainted with people, places, and things.

Below, we’ll explore these uses more in-depth and the formulas you can use to build your own sentences.

¿Conoces este restaurante? – Being familiar with places and things

In Spanish, we use ‘conocer’ when talking about knowing or being familiar with places, such as cities, museums, countries, etc. When using conocer in this context, you’re not referring to the location of that place. You’re rather saying that you have (or haven’t) visited or seen it.

No conozco este restaurante.
I don’t know this restaurant.

As established before, you can also use conocer to talk about things (including topics) that you’re familiar with:

¿Ustedes conocen esta marca?
Do you guys know this brand?

No conocemos esta fruta.
We don’t know this fruit.

Take Note: Many Spanish learners get confused when talking about places or people because they have seen sentences with both saber and conocer. With these sentences, saber always works with questioning words and it’s implying some sort of knowledge.

No sé qué calle es esta.
I don’t know what street this is.

No conozco esta calle.
I don’t know this street.

¿Sabes quién es Brad Pitt?
Do you know who Brad Pitt is?

‘Conocer’ to talk about people

The primary use of conocer in Spanish is to talk about the people you’re acquainted with or have met. With this meaning, you must use the preposition a to mention the people you’re talking about for the first time.

Note that, in this context, the direct translation of ‘conocer’ can be ‘to meet’, ‘to know’, or ‘to be acquainted with’. Check the examples below:

¿Ya conociste a Maureen?
Have you met Maureen?

¿Conoces a mi prima? Ahorita te la presento.
Have you met my cousin? I’ll introduce you to her in a few.

In this situation, it’s common to use direct object pronouns to replace the person you’re referring to and make your sentences shorter. However, this can only be done if everyone understands who you’re talking about.

¿Quién era? ¿La conoces?
Who was that? Do you know her?

Creo que no te conoce.
I don’t think he knows you.

Yo todavía no los conozco y, ¿tú?
I haven’t met them yet, what about you?

With this meaning, you should also get familiar with the Spanish reciprocal verb conocerse, which allows you to express that two or more people met each other.

¿Te acuerdas de cómo nos conocimos?
Do you remember how we met?

Take Note: Spanish vocabulary is extensive. For that reason, in some situations, conocer can be used as a synonym for ‘to identify’ or ‘to recognize’.

¡No te conocía! ¡Te ves muy diferente!
I didn’t recognize you! You look so different!

Like many Spanish verbs that end with ‘-cer’, ‘conocer’ is a stem-changing verb. However, these changes only happen for the first person (yo) in the present indicative and present subjunctive tenses.

Below is a table with the basic conjugations of ‘conocer’.

Yo no la conozco. Patty sí.
I don’t know her. Patty does.

Because they share the same translation, grasping the difference between saber vs conocer can be challenging. For that reason, we explored the uses of these two verbs in this article. Below, you’ll find some key points and a chart showing you in which situation you should use each of these verbs.