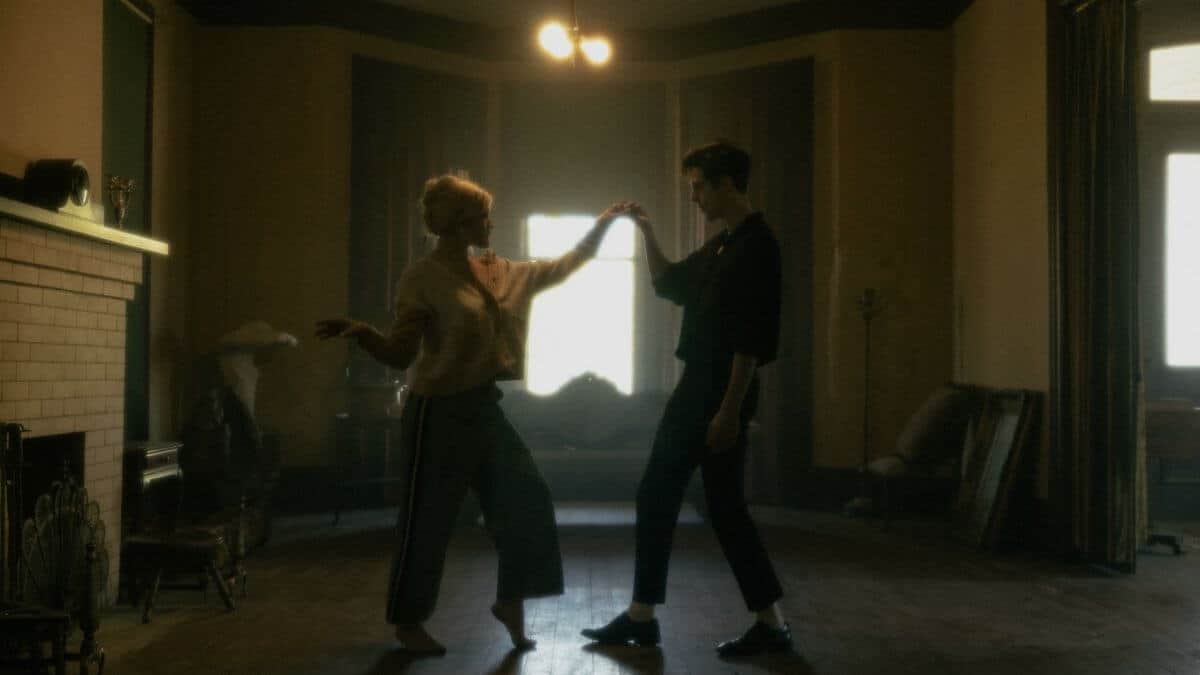 In this short guide, we will cover the following topics for ‘Bailar’ in Spanish:

What does ‘Bailar’ mean?

In Spanish,‘bailar’ means ‘to dance’. As a result, we use this verb to describe someone or something moving rhythmically to the beat of the music. However, in some situations, this verb can have other meanings.

In Spanish, ‘bailar’ is a regular verb. So, in order to conjugate most of the tenses, you will need to remove the ending -AR and use the verb stem ‘bail’. Notice that the future and conditional tenses are conjugated by using the whole verb in its infinitive form rather than the stem.

¿Alguna vez has bailado música disco?
Have you ever danced to disco music before?

Nunca he bailado frente a un público.
I have never danced in front of an audience.

Si no hubiera bailado toda la noche, no estaría tan cansada en el trabajo.
If I hadn’t danced all night long, I wouldn’t be so tired at work.

Don’t forget that to give negative commands you need to conjugate ‘bailar’ to the present subjunctive.

¡No bailes con él!
Don’t dance with him!

No bailen aún, no han servido la comida.
Don’t dance yet, the food has not been served.

How to Use ‘Bailar’ in Spanish with Examples

As mentioned earlier, ‘bailar’ is translated as ‘to dance’ and it functions very similarly in English and Spanish. However, depending on the context, sometimes it can mean different things. As a result, people use this verb to:

To describe the action of dancing

As we’ve seen, we use ‘bailar’ the same way that we use the verb to dance in English. This is to express that someone is moving to the rhythm of the music.

No bailamos mucho en la fiesta.
We didn’t dance that much at the party.

¿Qué canción bailaron los novios?
What song did the bride and groom dance?

Cuando era joven, bailaba ballet.
When I was young, I danced ballet.

To point out that a loose piece is moving

Given that ‘bailar’ is a verb that implies movement, it can also be used as an informal term to indicate that something that is supposed to be steady is moving or ‘dancing’. In this case it can be translated as ‘to be wobbly’, ‘to be loose’ or ‘to be unsteady’.

¿Soy yo o la mesa está bailando?
Is it me or is the table wobbly?

With this meaning you can also describe the thing que está bailando. In this case, we use indirect object pronouns to emphasize and introduce the person or thing that is experiencing this issue. Check these examples:

Me está bailando un diente, ¿crees que me lo rompí?
My tooth is wobbly, do you think I broke it?

A la silla le baila una pata.
One of this chair’s legs is unsteady.

To express that something got stolen

Although you may probably not know this meaning, in informal context, sometimes people use the verb ‘bailar’ as a casual way to talk about theft. As a result, with this meaning ‘bailar’ can be translated as ‘to steal’.

Me bailaron mis plumones bonitos.
My fancy markers got stolen.

Take Note: In Mexican slang Spanish, bailar is also used informally to describe some type of loss. This loss can refer to competitions, but also to opportunities that you may have missed. So, it’s close in meaning to ‘be screwed’ or ‘mess up’.

Sandra y yo le bailamos, ya no encontramos nuestro vestido.
Sanda and I messed up, we couldn’t find our dress anymore.

There are many idioms and expressions in Spanish with the verb ‘bailar’ that can help to expand your vocabulary. Some of the most common include:

Bailar con la más fea is used when a situation has become hopeless and the consequences of that event are less than desirable or even hard to face. It can be translated as ‘to get the short end of the stick’.

Quién me quita lo bailado is an expression used when you have done something that you shouldn’t have done, but you don’t feel any remorse about it because you had a good time. A rough translation could be ‘but it was worth it’.

Bailar al son que le toquen implies that a person is able to adapt and act according to the circumstances. In some cases, this expression can be negative because it implies that people change depending on what’s being asked of them. It can be translated as ‘to dance to another tune’ or ‘to be ready for anything life throws at you’.

Synonyms of ‘Bailar’ in Spanish

Danzar is the direct translation of ‘to dance’. This term is a bit more formal than ‘bailar’ and it has a more technical and artistic connotation.

Balancear means ‘to swing’. As a result, this term can be either used to describe that a person is moving rhythmically or to talk about wobbly parts.

Flojo is a standard adjective that we use to describe that an object is loose.