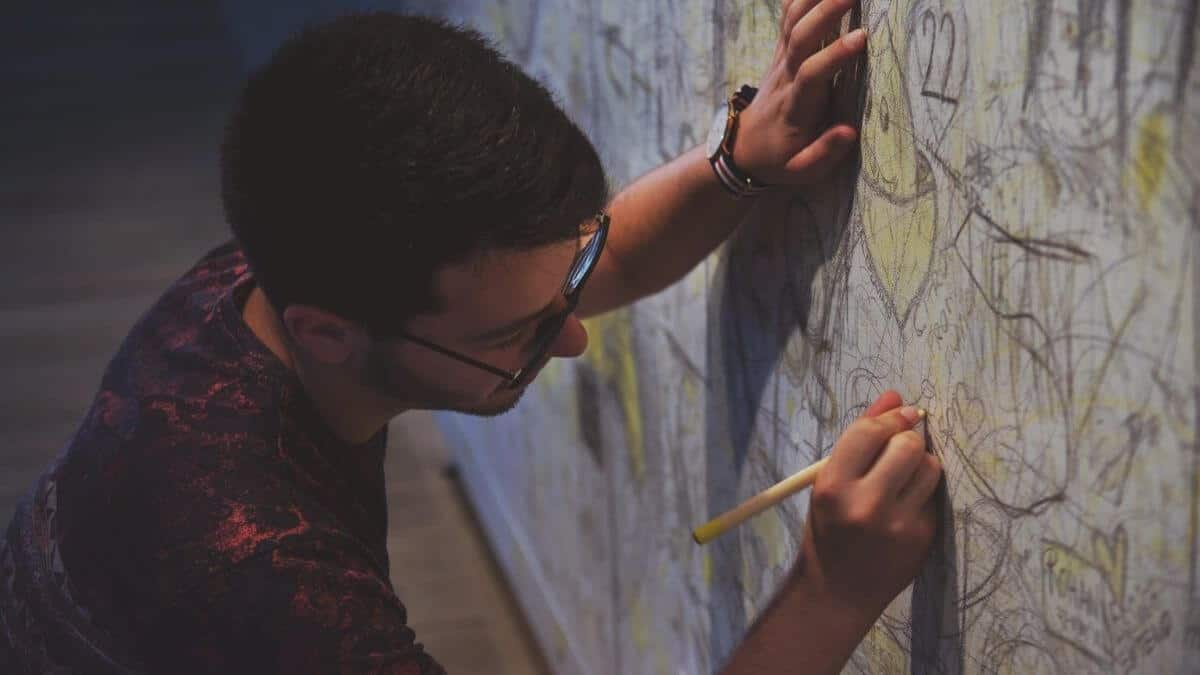 In this short guide, we will cover the following topics for ‘Hacer’ in Spanish:

What does ‘Hacer’ mean?

In Spanish, ‘hacer’ is translated as ‘to make’ or ‘to do’ most of the time. However, this verb can have different translations since it allows people to talk about a very wide range of topics, such as the weather, time, and transformations.

In Spanish, ‘hacer’ uses six different stems that depend on the tense and subject, making it a highly irregular verb. In the sections below, I’ll provide more details about when to use those stems.

To conjugate to the present tense, all of the subjects will use the stem ‘hac’, with the exception of ‘yo’, which will use ‘hag’.

The future tense of ‘hacer’ in Spanish is built with the irregular stem ‘har’ and the corresponding future endings.

‘Hacer’ in conditional tense is irregular. So to conjugate this tense, we use the stem ‘har’ and we simply add the proper conditional endings for each subject.

To conjugate to the present subjunctive, the stem you’ll need to use is ‘hag’.

The imperfect subjunctive of ‘hacer’ is conjugated by using the stem ‘hic’ for all the subjects. Just make sure you add the corresponding endings for each pronoun.

Es imposible que hayas hecho todo esto tú solo.
It’s impossible that you did all this by yourself.

Si hubieras hecho lo que te pedí, no estarías castigada.
If you had done what I asked, you wouldn’t be grounded.

Venga, chicos, haced lo que les pedí.
Come on, boys, do what I asked you.

No + [‘hacer’ in present subjunctive] + [complement]

No hagas eso, es peligroso.
Don’t do that, it’s dangerous.

How to Use ‘Hacer’ in Spanish with Examples

In Spanish, the verb ‘hacer’ has different translations depending on the situation where it is being applied. Overall, there are six main ways to use this verb:

In Spanish, ‘hacer’ is a verb that encompasses the majority of activities people, animals and even things perform. As a result, it can be translated as ‘to do’.

¿Qué haces aquí?
What are you doing here?

No hice la tarea de matemáticas.
I didn’t do my math homework.

Are you guys doing something tomorrow or are you resting?

Given that we use this verb to talk about activities, it’s not uncommon to use ‘hacer’ with other verbs to better express or describe the things that people do:

¿Qué podemos hacer en México?
What can we do in Mexico?

Mayra, ¿qué te gusta hacer los fines de semana?
Mayra, what do you like to do on the weekends?

To talk about producing and creating things

As the direct translation of ‘to make’ or ‘to prepare’, we also use ‘hacer’ when talking about the creation or production of something.  As you can imagine, this can be applied to an endless list of things, including objects, food and art.

To point out a consequence

Spanish speakers often use ‘hacer’ to talk about the effects or the consequences of a certain action. With this meaning, ‘hacer’ can be translated as ‘to make’ or ‘to cause’.

Hiciste un desastre.
You made a mess.

La gotera hizo un charco.
The leak made a puddle.

Tu tía hizo un escándalo en la fiesta.
Your aunt made a fuss at the party.

A very important use of ‘hacer’ is to describe the weather. In this context, ‘hacer’ means ‘to be’. And, since you’re describing how the weather is, you’ll need to use adverbs and adjectives that help you provide more accurate information.

When it comes to this meaning, you can use the following nouns to build your sentences:

Here is a formula that will help create this type of sentence with ‘hacer’:

Este invierno hará más frío que el pasado.
This winter will be colder than the last one.

Prendí el aire acondicionado porque hacía calor.
I turned on the air conditioning because it was hot.

Related Resource: Talking About the Weather in Spanish

Another use of ‘hacer’ that you want to get familiar with, is to measure time. In this situation, there are two different ways to translate ‘hacer’. If referring to the time someone spends doing a specific activity, it can be translated as ‘to take’.

Hice media hora caminando de mi casa a la escuela.
It took me half an hour from my house to school.

El tren hace dos minutos a la siguiente estación.
The train takes two minutes to get to the next station.

It can also be translated as ‘ago’ when describing how long it has been since an event took place. In this case, ‘hacer’ is only used in the third person singular (hace).

Hace 3 años me gradué de la universidad.
3 years ago I graduated from university.

Notice that you can use the words ‘mucho’ and ‘poco’ instead of specifying the exact time it has passed since the event. In these case, hace could be translated as ‘recently’ or ‘long time’.

Hace mucho que no veo a mi hermano.
I haven’t seen my brother in a long time.

Hace poco me encontré a Ulises en la calle.
I recently bumped into Ulises on the street.

Take Note: On top of being used as a synonym of ago, ‘hacer’ is used to build other time expressions such as ‘hace que‘ and ‘desde hace‘. Although they’re using the same verb, these time expressions describe different periods of time, so make sure you learn how to use them.

Another common use of ‘hacer’ is as a translation of ‘to become’ or ‘to turn into’. This meaning allows people to talk about changes and transformations. However, in this situation, ‘hacer’ is used as a pronominal verb and is followed by an adjective that expresses such change.

There are countless expressions and idioms that contain the word ‘hacer’ and are very useful when it comes to developing your conversational skills. Here’s a list of the most popular ones:

Hacer la pelota is an expression that describes someone flattering another person with the purpose of getting something for their own benefit. It can be translated as ‘to suck up to’.

Hacer buenas migas is used to talk about people getting along. It can be translated as ‘to make good friends’.

Hacer menos describes a person being dismissive about something. It can be translated as ‘to ignore’ or ‘to downplay’.

If you want to increase your vocabulary and keep practicing this verb, here are other expressions with ‘hacer’ that you can learn.

Synonyms of ‘Hacer’ in Spanish

Producir is the direct translation of ‘to produce’. It’s commonly used in industrial contexts and commercial contexts, however it can also be used as a synonym of ‘to happen’.

Crear translates as ‘to create’.

Realizar can be translated as ‘to make’ or ‘to carry out’.

Master your understanding and use of Time Expressions with ‘Hacer’

As we’ve seen, ‘hacer’ is an incredibly useful verb. It has a lot of meanings and uses. In fact, in Spanish, we use it to build several indispensable time expressions that help us talk about a measure or period of time.

Although we’ve already looked at ‘hace’, let’s re-summarize it and compare it next to two new expressions with ‘hacer’ that you definitely want to learn:

So, if you’re looking to perfect the use of these expressions and ‘hace’, check out my articles on the differences between ‘hace’ and ‘hace que’ as well as ‘desde hace’ vs ‘hace’. These will help you reinforce your existing knowledge of ‘hacer’ and where to draw the lines between all three of these time expressions.