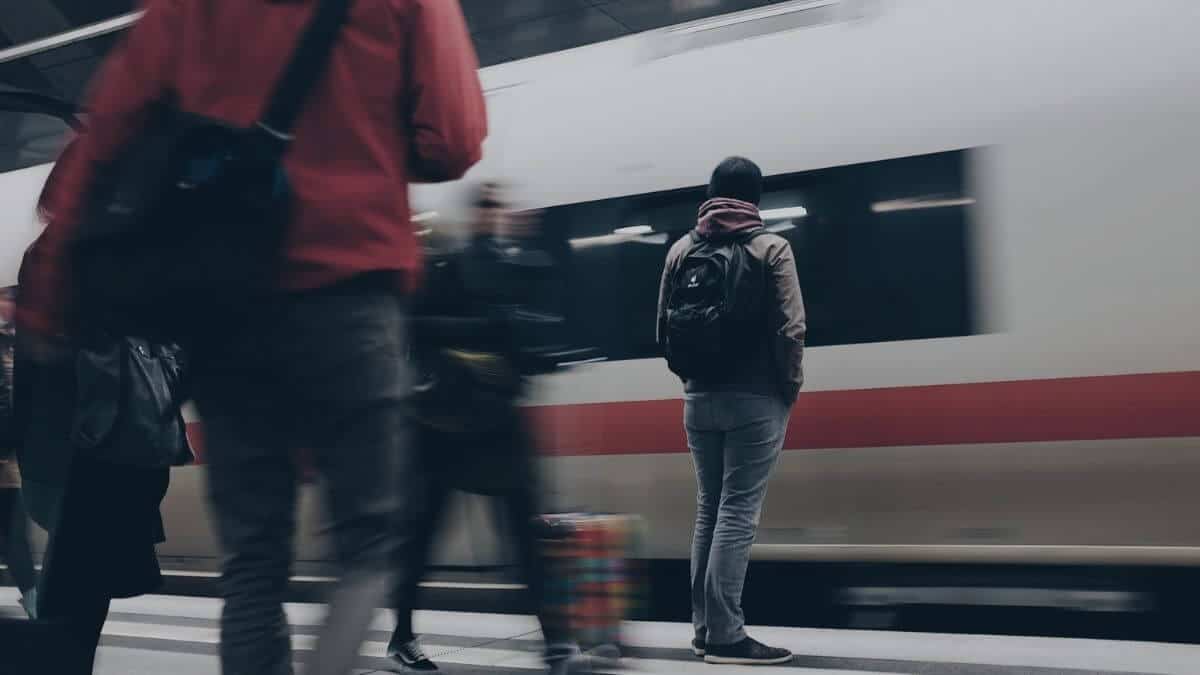 In this short guide, we will cover the following topics for ‘abordar’ in Spanish:

What does ‘Abordar’ mean?

Definition – In Spanish, ‘abordar’ means ‘to board’, ‘to address’, or ‘to approach. Therefore, this verb can be used to express that a person is getting on or boarding a means of transportation, or that a person deals with a topic or approaches someone to ask something.

Depending on the context and how it’s used with other elements, ‘abordar’ has several meanings in Spanish. Here are some of the most common definitions as well as their corresponding translations in English.

‘Abordar’ is a regular verb in Spanish. In other words, to conjugate this verb, you’ll work with the stem ‘abord-’ which we obtained by removing the -AR infinitive ending. Remember that for both conditional and future tenses, you won’t work with this stem. Instead, we use the verb in its infinitive form.

In the conjugation charts below, we’ve included the underlined endings for each Spanish tense.

Take Note: Don’t confuse ‘a bordo’ and ‘abordo’.  A bordo expresses that someone is already inside of a transport; while ‘abordo’ is the present conjugation of ‘abordar’ and describes an action.

Remember that for the future tense, you just need to add the corresponding endings to the infinitive verb abordar.

Just like in the future tense, to conjugate abordar in the conditional tense, you’ll use the whole verb and will attach the endings below to it.

Creí que ya habíamos abordado este tema.
I thought we had addressed this topic already.

Si hubiéramos abordado a tiempo, habríamos encontrado mejores asientos.
If we had boarded on time, we would have found better seats.

Take Note: In Spanish, the present subjunctive is used to construct the negative imperative. Remember that the word No goes first and then we can add the verb conjugated. Here are some examples and the structure that will help you understand how to use it.

How to Use ‘Abordar’ in Spanish with Examples

In Spanish, we can use ‘abordar’ in three ways:

Describing that someone is getting on a transport

As the direct translation of ‘to board’ or ‘to get on’, in Spanish, abordar can be used to explain that a passenger is getting into means of transport such as a car, plaine, ship, taxi or bus.

Aún no había abordado el avión y ya me sentía mareada.
She had not yet boarded the plane and she was already feeling dizzy.

Expressing that a person approached another

If we’re describing that a person is getting near or is approaching someone to ask a question or start a conversation, we use ‘abordar’. As a result, in this case, this Spanish verb can be translated as ‘to approach’.

Take Note: Another use of ‘Abordar’ in Spanish is when a vessel approaches or gets so close to another vessel that it touches it on purpose or collides by accident. Also in this context, when talking about a ship that is berthed at a dock, it is translated as ‘to dock’.

To say ‘to address’

Another common use of abordar in Spanish is to describe that a person is tackling or dealing with a topic or a problem. In this context, this verb can be translated as ‘to address’, ‘to tackle’, ‘to handle’ or ‘to deal with’.

Esta semana abordaremos el tema de los verbos irregulares.
This week we will deal with the subject of irregular verbs.

No abordarán ese punto en la presentación de hoy.
This point will not be addressed in today’s presentation.

Synonyms of ‘Abordar’ in Spanish

Tratar: When talking about dealing with a topic, this verb can be used instead of ‘abordar’. It can be translated as ‘to address’.

Subirse: In Spanish, subirse is the most common way to say that a person is getting into a vehicle or means of transportation. It can be translated as ‘to get in’, ‘to get onto’ or ‘to get into’.

Chocar: Translated as ‘to crash’, this verb can be used as a synonym of ‘abordar’ when talking about a ship that collides with another one.

Plantear: When presenting a topic that we want to deal with or talk about, we can use this verb. It is translated as ‘to set out’ or ‘to lay out’.

Acercarse: In case we are talking about someone who comes near a person to ask or request something, we can use this verb. It is translated as ‘to get closer’, ‘to get near’.